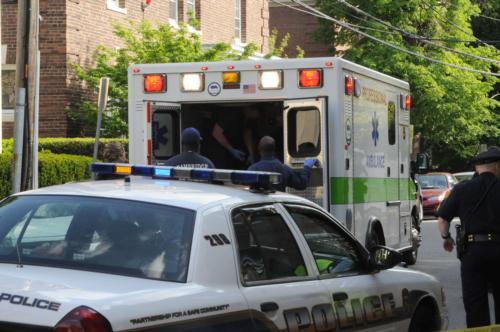 Justin Cosby, a 2005 Cambridge Rindge and Latin graduate with no known ties to Harvard University, died Monday after being shot in the abdomen shortly before 5 p.m. in the basement of J-entryway of Kirkland House Monday.

An “extremely active” homicide investigation is underway into the death of Cosby, who was taken to Beth Israel Deaconess Medical Center for care soon after the shooting and died there early yesterday morning, according to Middlesex County District Attorney Gerard T. Leone, Jr. ’85.

Leone said at a press conference yesterday afternoon that police were “still developing facts” about why Cosby was inside Kirkland House, and that it was unclear how precisely Cosby gained access to the building. Intent and motive for the shooting also remain a mystery, he said.

The suspects have not been identified, nor have descriptions been released.

“We’re not suspicious of any Harvard students being involved in this shooting at this time,” Leone said.

Leone said that a weapon has not been located.

State police crews collected forensic evidence at the scene of the incident Monday.

At 7:20 p.m. Monday, a line of 11 Harvard and Cambridge police officers spaced themselves out across the grassy Malkin Athletic Center quad, walking toward Kirkland from the Lowell House side with heads bent as if looking for something.

Greta I. Friar ‘11, who lives in J-entryway, said she heard three shots, and immediately after, someone saying, “Shit, shit! Oh, shit!” Friar said she later saw bullet casings on the stairwell in the entryway.

Bryant Bonner ’09, a student in E-entryway of Kirkland, said he heard bangs while sitting at his desk around 5:00 p.m., then “saw three people running from J-entryway through [his] window. They were wearing baseball caps.”

Kirkland House Master Tom Conley, who spoke to police shortly after the shooting, also said two to three suspects fled the scene after the incident.

Cosby then left Kirkland House and travelled up Dunster Street towards Mt. Auburn Street, where he was met by witnesses who say that he struggled to keep moving and collapsed on the ground before asking for water. Cosby was bleeding from the lower torso but was still conscious, according to Dental School student Jared M. Sprague, who said he helped support the victim after the shooting.

Sprague said he was walking towards the Malkin Athletic Center from the Education School when he saw Cosby stumbling toward him. Another woman on the scene called 911 upon witnessing Cosby’s distress, Sprague said.

When paramedics arrived, Cosby was put on a stretcher and taken by ambulance to Beth Israel, where his condition was “stable,” according to reports from Cambridge Police Department Spokesman James DeFrancesco over the course of the evening.

The victim’s mother, Denise Cosby, said that her son died at 3:30 a.m. at Beth Israel, where she was attending to him.

Cosby said she did not know what her son was doing on Harvard’s campus. She saw reports of the shooting on television Monday evening, she said, but went about her life with no idea that her son was involved in the incident until she got a call from a friend of his at the hospital.

Kirkland House Masters Tom and Verena Conley notified the House of the shooting in an e-mail sent at 5:32 p.m Monday. A Harvard University text message alert was sent to students subscribed to the system 13 minutes later.

“We ask everyone to cooperate with the police and staff in the hours ahead,” the House Masters wrote. “We will apprise everyone of further developments.”

Conley said later Monday evening that administrators were making preparations to extend “exam forgiveness” to students hampered by delays due to that day’s incident. The provisions would allow Kirkland residents to “renegotiate the taking of exams because people are unable to get to their things and their rooms,” he said.

According to Conley, students were “visibly shaken but very reassured” as of Monday evening.

Leone, the district attorney, said at yesterday afternoon’s press conference that police “do not believe there to be an ongoing safety or security threat” in the wake of the shooting, and a Harvard police advisory e-mailed to students on Monday that police believe the incident was “isolated.”

Around 8 p.m., University President Drew G. Faust walked into Kirkland, telling reporters that she was there to address students.

Massachusetts, Cambridge, and Harvard police were all on the scene as of 6:30 p.m. News helicopters were also hovering overhead midway through the hour.

—Eric P. Newcomer can be reached at newcomer@fas.harvard.edu.

--Check TheCrimson.com for more updates throughout the evening.