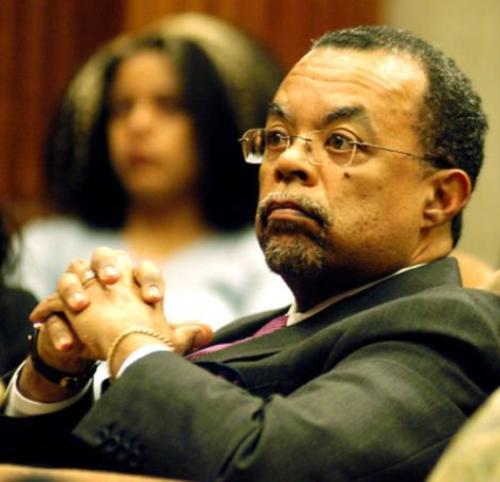 Henry Louis Gates, Jr., pictured here in 2003, was arrested in his own home on charges of Disorderly Conduct. The charges were later dropped.
By Peter F. Zhu, Crimson Staff Writer

"I think [the officer] owes me an apology for what he did," Gates told a Boston television reporter Tuesday night. "He should look into his heart and know that he is not telling the truth and he should beg my forgiveness." Gates has raised the possibility of filing a lawsuit over the arrest.

Obama, speaking at a White House press conference aimed at boosting support for health care reform, said that the Cambridge Police Department "acted stupidly in arresting somebody when there was already proof that they were in their own home" and noted that racial profiling remained a fact in American society. Mass. Gov. Deval L. Patrick '78 also said today that he was troubled by the incident, and Cambridge Mayor E. Denise Simmons said she spoke to Gates and apologized on behalf of the city.

But Sergeant James Crowley, the Cambridge police officer who arrested Gates, said Wednesday that he would not apologize for his actions, saying that he was not a racist and that he was disappointed by the national media intense coverage of the incident. The Cambridge Police Superior Officers Association, which represents 50 police sergeants and lieutenants, also came to Crowley's defense, saying he was a "highly respected veteran supervisor with a distinguished record" and that "his actions at the scene of this matter were consistent with his training, with the informed policies and practices of the Department, and with applicable legal standards."

Readers commenting online about the ongoing tumult appear to have divided opinions as well, with some criticizing police for what they see as a racially motivated and imprudent arrest, and others writing that the professor had overreacted to a legitimate police inquiry.

The City of Cambridge and the Cambridge Police Department dropped the disorderly conduct charge filed against Gates on Tuesday, calling the incident "regrettable and unfortunate." But police spokespeople have repeatedly declined to say whether the move represented an admission of wrongdoing, and Crowley could not be reached for comment at his home by The Crimson on Wednesday.

Gates has thus far declined to speak to The Crimson, writing in an e-mailed statement Wednesday night that he has been "overwhelmed by email and phone calls" and "unfortunately" could not address each request individually at the current time. His lawyer and friend, law school professor Charles J. Ogletree, Jr., did not respond to repeated requests for comment by The Crimson.

Gates, who has accused Crowley of fabricating information in the police report documenting the incident, has offered to personally educate the officer on the "history of racism in America and the issue of racial profiling." He also said he has been inspired to film a documentary on the subject.

The arrest took place last Thursday when a woman reported to police that she saw two men apparently trying to pry open the front door to Gates' home. But in reality, the men entering were likely Gates, who had returned to Cambridge after a trip to China, and his car driver, who was helping him force his way through a jammed front door. When officers arrived to investigate, tensions flared as Gates, who had by then entered the home, angrily and loudly accused the officer of targeting him because he was black, according to police reports.

But Gates and his lawyer have said that the professor cooperated fully, providing both his Harvard identification and a drivers license to prove he lived in the home. They said the officer refused to identify himself and lured Gates out of the home to arrest him.

Gates told CNN Wednesday evening that even though the incident had upset him greatly, he would "do the same thing exactly again."