‘Witmark Demos’ a Distillation of the Folk Aesthetic 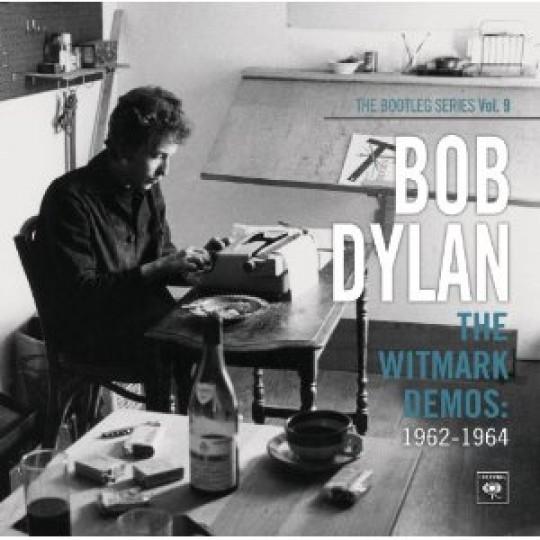 The beginning of Bob Dylan’s career was defined by an explicit project: the revivification of the American folk music tradition that had its roots in late nineteenth century union hymns and its golden age during the Great Depression. The latest of Dylan’s vaunted Bootleg Series, “Volume 9: The Witmark Demos: 1962-1964,” captures Dylan at the height of his devotion to this form. So great was his ability to give voice to uniquely American notions of vagabondage, romance, and leftist dissatisfaction, that he came to do more than simply reignite a love for folk music and what it stood for—he came to embody it.

Though Dylan would transcend even this success in leaving behind traditional folk, his work from this period combines folk’s intrinsic faith in progress and interest in human pathos with a clarity never before reached and never reached since. “The Witmark Demos” may be the best distillation yet of this musical eloquence, as its 47 tracks—which include 15 songs that had never made it onto an official Dylan release—show the troubadour’s gifts for expressing folk’s major emotional, narrative, and characterological themes.

Perhaps the most wonderful of Dylan’s evocations of folk standards centers on descriptions of world-weary travel; of love and distance; and of the individuals who embody these states. “Poor Boy Blues”—a previously unreleased track that is typical in its uncomplicated musical range—concerns the isolation and powerlessness of traveling without money or friends. A series of direct addresses, such as “Hey you ole train / Let a poor boy ride” and “Blow your whistle policeman / My poor feet are trained to run,” develop the traveler’s attempt to communicate and connect with an inhospitable world that is either unwilling to help or actively against him. This motif relies heavily on music from the Great Depression, most notably Woody Guthrie and songs like his “Ramblin’ Round.” Dylan appropriates the word “ramble” constantly in “The Witmark Demos.”

The search for connection and sense of melancholy expressed in this story of hobo transience is equally beautiful when applied to love in “Tomorrow Is a Long Time.” After a long and plaintive guitar solo, Dylan sings sweetly through feedback, “If today was not a crooked highway / If tonight I could finally stand tall / If tomorrow wasn’t such a long time / Then lonesome would mean nothing to me at all.” The world need only be normal for the song’s subject to not feel his isolation; instead, everything is off, the day is “crooked,” as if time itself were nonlinear. Indeed, love in this song is steeped in the language of the impossible, as both the external world and the self are incapable of achieving what is apparently attainable and normal. “I can’t see my reflection in the waters,” Dylan sings, and it seems that, despite his painfully powerful emotions, he is disconnected completely from his surroundings.

And yet, the very next song of the collection illuminates the world as a set of real possibilities that have drastic implications for those in it. Indeed, the protest songs on “The Witmark Demos” are ultimately concerned with the necessity to fight the deep injustices of the world. In “The Death of Emmett Till,” another previously unreleased track, Dylan follows Emmett Till’s awful story with the injunction, “But if all us folks that thinks alike / If we gave all we could give / We could make this great land of ours / A greater place to live.” The song, then, is not about the indifference of the world, like “Poor Boy Blues,” or about the cruelty of racism, so much as it is about the ability of everyday people to fight what is wrong with our society. To the extent that Emmett Till’s murder was unspeakable, we must feel inspired and able to make the world “greater” just as our land is already “great.”

This ethical framework is not limited to Dylan’s songs with an explicitly topical bent. “The Witmark Demos” consistently display an aesthetic of morality, whether it be in the consideration of the harsh reality facing drifters or that of the lovesick, whose moral status is invoked in their inability to “stand tall” and in the “crooked” nature of their lives. This moral commitment relegated the focus and style of folk singers, and Dylan’s artistic move beyond it in the mid-to-late 1960s produced some of the greatest music of his time. However, it may be this same faith in the aesthetic beauty of moral truths that not only made this period of Dylan’s work epochal, but also what makes folk music itself such a tremendously worthy form.

—Staff writer Alexander E. Traub can be reached at atraub@college.harvard.edu