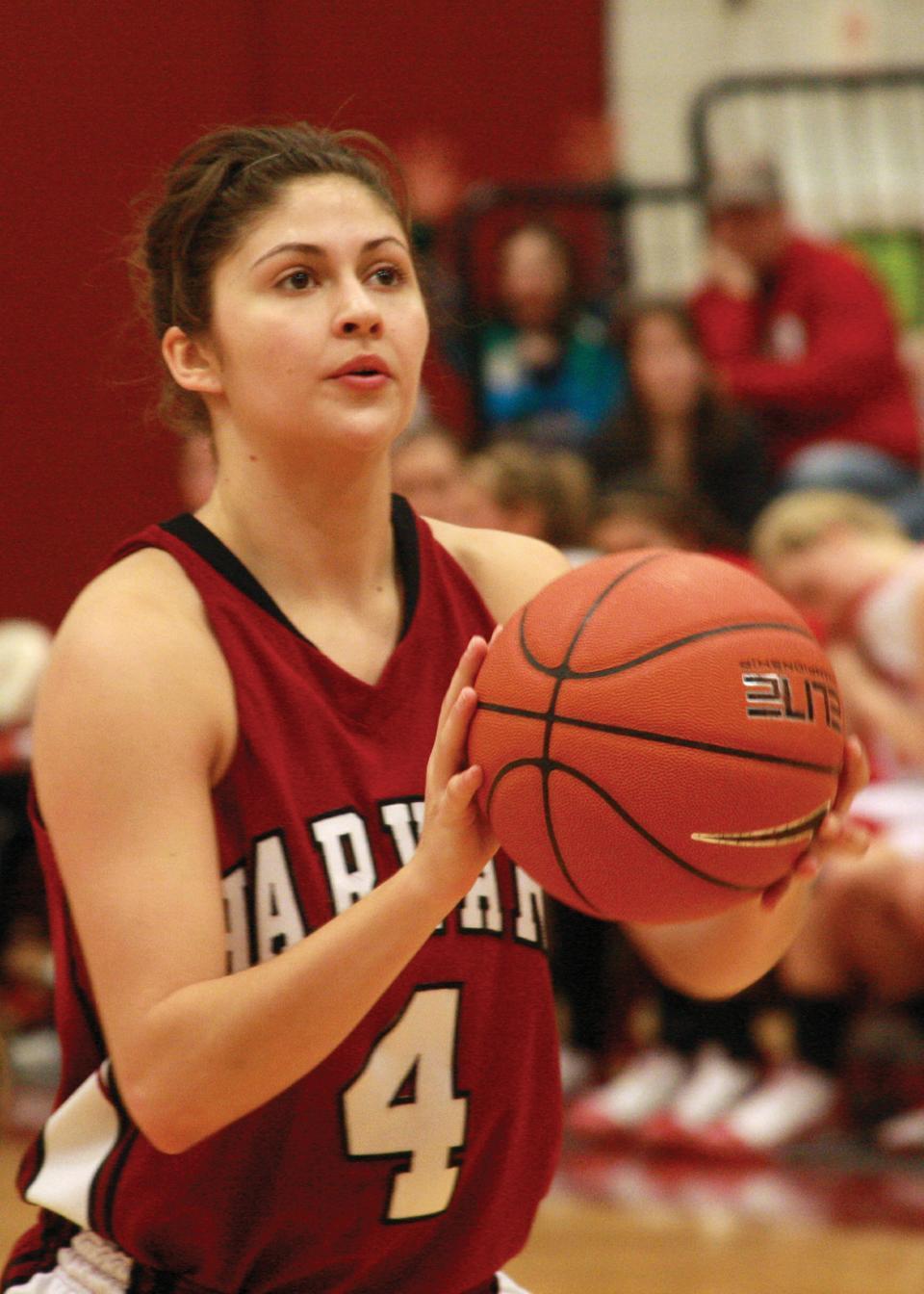 In the opener of one of its most highly-anticipated seasons in recent history, the Harvard women’s basketball team certainly looked sluggish coming out of the gates. It took 20 minutes for the Crimson to wake up from its offseason slumber, but once it did, Harvard rolled to an easy 73-54 win over Maine on Saturday afternoon in Orono, Maine.

“I wasn’t surprised by [the slow start],” Crimson coach Kathy Delaney-Smith said. “We chalked it up as first-game jitters. We collectively know that we have the potential of having a special year. We’re the deepest we’ve been in I don’t know how long.”

The Black Bears dictated the tempo of the game for much of the first half, dominating the game on both the offensive and defensive sides of the court.

Faced with a 20-10 deficit with 8:01 to play in the opening half, junior point guard Brogan Berry hit a three-pointer to trigger a 9-1 run that worked the Crimson back into the game. By the time both teams headed for the locker room, Harvard trailed Maine by just one point, 29-28.

“We missed a lot of layups in the first half,” Delaney-Smith said. “I’m going to guess that we missed six [or] seven layups. We don’t normally miss them. We didn’t dig in on defense because of that.”

“We came out slow,” Berry said. “We lacked some defensive intensity and urgency, but towards the end of that half, it really just came down to picking up our defense, and as a result of that, our offense started flowing.”

Harvard started off the second half by going inside to forward Emma Markley.

An easy layup for the All-Ivy senior gave the Crimson a lead it would not relinquish for the rest of the game.

Defensively, Harvard switched to a semi-full-court press defensive set, hoping that the change would disrupt the Black Bears’ offensive rhythm.

“We used a mix of man-to-man and zone defense, and because of that, Maine couldn’t get shots in the second half that they got in the first half,” Berry said.

After shots from Berry, co-captain Christine Matera, and sophomore forward Victoria Lippert, the Crimson began to pull away from Maine, leading 44-36.

A three-pointer from senior Claire Wheeler and baskets from Lippert and sophomore Elle Hagedorn sealed the deal for Harvard, as the team outscored the Black Bears, 45-25, in the second period.

“We are capable of doing a better job defensively than we did in the first half,” Delaney-Smith said. “It all starts with ball pressure and team defense. The defense creates the offense, and as soon as that happens, you feel good, and you don’t miss the shots that you should be making.”

Harvard ended the second half shooting 57.1 percent from the field, a stark contrast from its 30.3 percent effort in the first half.

“I had to do as much as I can to get us back in the game, whether it’s scoring, playing defense, getting rebounds, or passing,” Berry said.

While the Crimson picked up its defensive intensity, the team still managed to lose the battle on the boards, a facet of the game that was one of Harvard’s weaknesses last season. Even with Markley and Wheeler inside the paint, Maine held the rebounding edge, 44-38.

“We didn’t win in that statistics column,” Delaney-Smith said. “I’ll be curious to see where we failed, because we’re an entirely different team regarding rebounds. What we did really well was rotate, and sometimes it’s just the luck of the draw that the ball doesn’t come your way.”

“Today wasn’t the best day for us on the boards, but we’re improving overall in practice,” Berry added. “Maine’s a great rebounding team offensively, and they had a couple guards who really crashed hard. Sometimes it’s hard to find those players. We’re going to get better from here on out.”

By notching its first win, Harvard has finally gotten its season underway.

“We didn’t start very well, but we finished really well, and that’s all that really matters,” Delaney-Smith said.