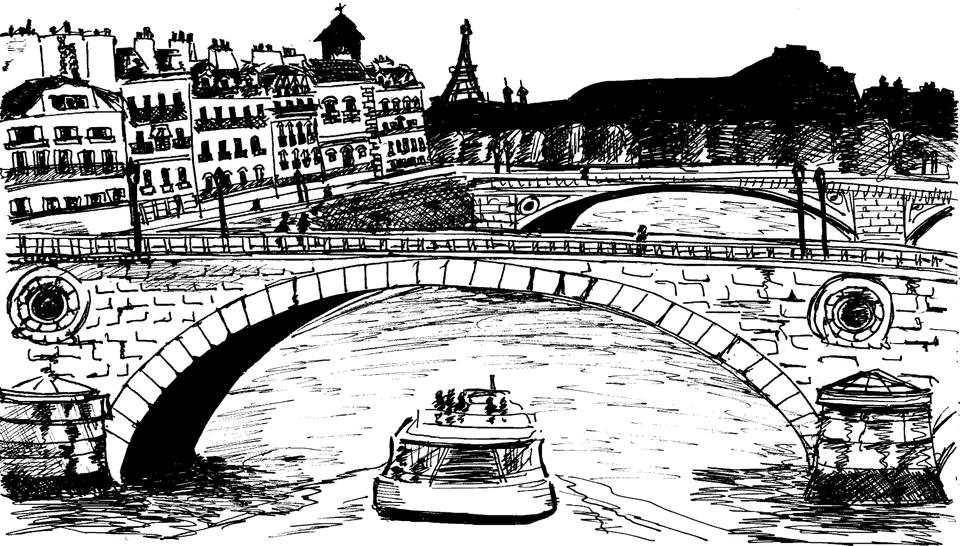 The work of Henry James is not unfamiliar territory for Cynthia Ozick. She composed her master’s thesis on the subject of James, and the title story in her collection “Dictation” deals with the rivalry between James and Conrad. Her latest novel, “Foreign Bodies,” is another tribute to the turn-of-the-century writer; Ozick attempts an adaptation of one his later novels, “The Ambassadors.” Setting it in postwar Paris in 1952, Ozick describes her retelling in relationship to James’s work as “a photographic negative, in which the plot is the same but the meaning is reversed.”

“The Ambassadors” is the narrative of the middle-aged Lambert Strether, sent to Paris by his tyrannical fiancée to extricate her son from a relationship with a French woman of whom she does not approve. “Foreign Bodies” tells the similar tale of Bea Nightingale, who travels to Paris at the behest of her estranged brother, Marvin, to retrieve his wayward son, Julian. While skillfully imitating his literary style, Ozick uses James’s framework to introduce a set of ideas that are entirely her own. The clash between Europe and America here is not a conflict between lax French morality and Puritanical New England values, but between the haunting plight of the Jewish people in postwar Europe and the American urge to erase the past and start afresh. And where James’s Strether is reluctant in his middle age, despite many temptations, to change the course of his life, Ozick’s Bea seeks to do exactly that.

Even when Ozick departs from James’s original plot, her writing is full of Jamesian allusions. At one point, Bea asks her niece, Iris, “Why all this ambassadorial traffic?”—referencing the title of Ozick’s source novel. Elsewhere Iris refers to an American girl who has married a real-life Italian prince, in a pairing of characters that might be familiar to readers of James’s “Roderick Hudson” and “The Princess Casamassima.”

The Paris that Ozick so eloquently describes is, however, far removed from the glittering capital of culture that appears in so much of James’s work. Ozick’s Paris is alluring, to be sure; her young expatriates marvel at the architectural majesty of the city: “Great public statues pitted by age, spires, ancient bridges over ancient rivers.” They are also intrigued by the Parisian literary world; Julian makes references to “Gertrude and Alice” and also briefly seeks the approval of George Plimpton and the literati at the emerging Paris Review.

But Julian and Iris are drawn not only to the high culture of the French city, but more generally to the European continent, which Iris views as “this incandescent parcel of earth and its beckoning cities, unknown, sealed, glowing, never to be ventured.” The woman with whom Julian involves himself is a Jewish-Romanian refugee, one of many such émigrés who treat Paris as a way station, a mere stop on a journey to a more definite escape from their tortured past. During his stay in Paris, Julian gravitates more towards the grieving souls populating the Marais than the Parisian cultural elite. Although Julian and Iris are far from likeable characters—they are too weak and selfish to provoke any real sympathy—Ozick deftly illustrates their curiosity about a cultural past that has been hidden from them.

As Ozick sketches out the complicated dynamics of the Nachtigall (or Nightingale) family, she adeptly portrays the conflict between an older generation ready to escape the trials of anti-Semitism and a younger generation that rebels by returning to the culture their parents renounced. It is, after all, his son’s romance with Judaism that is especially threatening to Julian’s father. Marvin Nachtigall married out of the Jewish faith, with the conscious intent of renouncing his heritage: “[I]t wasn’t supposed to get into the next generation, and it never did, I stopped it right from the start,” he tells his sister. Even Bea, who has not repudiated her heritage with the same fervor that her brother has, nevertheless changes her name from the Yiddish “Nachtigall” to the anglicized “Nightingale,” claiming that she does so only to make it easier for her high school students to pronounce.

Marvin’s character, however, often strays into the realm of caricature, detracting somewhat from the nuances of the familial conflicts that Ozick depicts. He comes across as something of a buffoon; at one point he retorts in a letter to Bea, “Kierkeguard, what’s that? Sounds like a deodorant, which is to say that the whole thing smells as far as I’m concerned.” Blustering and raging against his sister even as he looks to her for help, Marvin shows neither brotherly affection nor any remorse for his maltreatment of Bea. Because it is his demand that his son return home which sets the narrative in motion, the one-dimensionality of Marvin’s character is a serious flaw in a work that is otherwise very meticulously constructed.

The epigraph for Ozick’s novel is, unsurprisingly, a quote from James’s “The Ambassadors:” “But there are two quite distinct things—given the wonderful place he’s in—that may have happened to him. One is that he may have got brutalized. The other is that he may have got refined.” Although Ozick does not quite leave enough room in her novel for the kind of complex character development for which James is so well known, she cleverly illustrates a set of personalities who are all struggling to choose between the old word and the new world, to reconcile their personal desires with those of their family, and to tread on the right side of this line between brutalization and refinement.

—Staff Writer Rachel A. Burns can be reached at rburns@fas.harvard.edu.