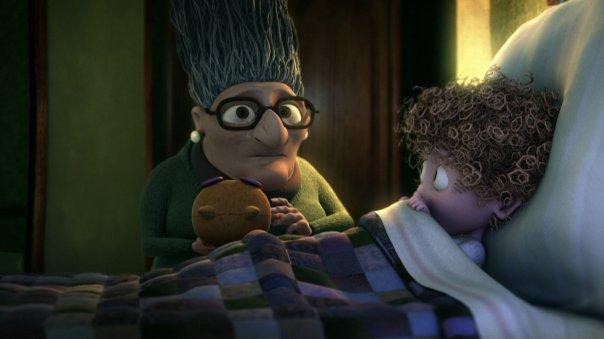 Each year, Academy Awards season stirs the film industry with the titillating prospect of taking home an Oscar. As far as the general public is concerned, there are, of course, a few big deal categories—Best Picture, Best Actor, Best Actress, Best Director—while projects of less length generally get less pre-game hype. However, this certainly does not mean that they are any less entertaining or interesting—even if they are of the animated variety, even if they’re nearly all about the elderly. The Institute of Contemporary Art will be screening a series of short films nominated for the 82nd Academy Awards, which will be held on March 7. For those who aren’t concerned about making picks and placing bets before the big day, another screening will be held on March 10. Coolidge Corner Theatre will also be bringing the collection of Academy Award-Nominated Animated Shorts to the public. Here’s a rundown on what’s in store.

The characters are deceptively goofy. There’s the fly-infested beggar, the hunchbacked waiter, the snobbish French man, and the disproportionately small, white-haired nun nodding off at the next table. The scene is also deceptively simple: one bench in a French cafe and the outside world as reflected by the mirror behind it. But the snob has no money, the beggar is just as much a giver as he is a taker, and the old lady is not as saintly as she at first may seem.

It’s unclear why this silent little girl’s grandmother insists on projecting her insecurities about aging onto the story of Sleeping Beauty. As the clearly delusional old lady with a Marge-like nest of towering hair recalls the tale, a 2-D rendition of the story unfolds, contrasting the world of fairies with the more 3D environment of the girl and her grandma. The short ends the old lady creepily saying, “I’ll see you in the morning—with the help of God.” It’s left unclear whether the little girl is able to fall asleep after all.

Who can resist the power of old love? Clearly, modern medicine has an issue with it, as in this struggle between life and death. All this old woman wants is to die and join her sweetie in the light of afterlife. All the Grim Reaper wants is to help her. But as tends to be the case in animation, the square-jawed guy (the doctor) and his band of flirty hangers-on are set on saving her life. A wistful, playful soundtrack accompanies the sweetly surreal chase through the woman’s final hours.

In a world of logos, Michelin men swear up a storm, the Pringles guy does his mustache justice by creepily hitting on the Esso girl, and Ronald McDonald hold the Big Boy and the Haribo boy at gun point, before launching a storm of bullets on the Feds. Perhaps it’s a statement on the self-destructive nature of major corporations or maybe it’s a clever ploy to get sponsors. Nevertheless, it’s strangely engaging to watch all your favorite cartoon characters beat each other up.

A Matter of Loaf and Death by Nick Park (English, 30 min.)

The longest of the animated shorts, this Wallace and Gromit creation follows a well-known scheme. Wallace is a baker who saves the life of the Bake-O-Lite and her pretty poodle. They fall in love, Gromit feels lonely, many pastry puns and euphemistic baking scenes ensue. Of course, the Bake-O-Lite girl turns out to be a crazy serial killer out to get her “Baker’s Dozen.” Luckily, Gromit is around to let that fruitcake know her time is up.

—Staff writer Beryl C.D. Lipton can be reached at blipton@fas.harvard.edu.