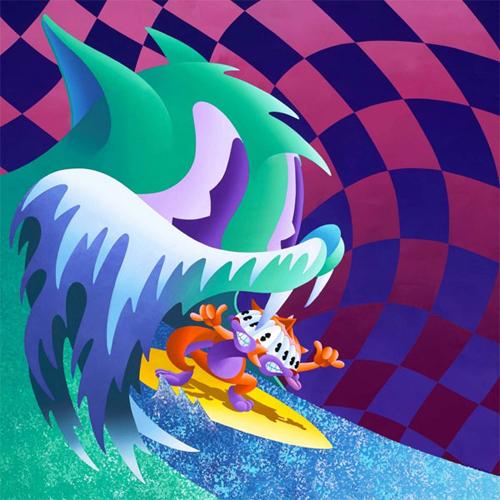 It’s rare that the final track of an album is its most telling, but Brooklyn-based alternative rock band MGMT’s sophomore release, “Congratulations,” achieves just that with its title track; an acoustic ode to success and the acclam that accompanies it. The song, much like their debut album’s opener, “Time To Pretend,” is puzzlingly ironic, in that one is pretty sure it is ironic, but can only guess to what extent. Whereas “Time to Pretend” presented an obvious pastiche of sex, drugs, and rock and roll, “Congratulations” confronts the hubris on the other side of this cliché. The group is now successful and, having been through their years of pretending, are receiving the praise they deserve. If this image of the band is invoked ironically, then what does that say about them? Apparently, that they hate what they’re doing and what they’ve become. While this interpretation seems far too extreme, a sense of trouble and uncertainty hovers over the song—the culmination of a similar uncertainty apparent throughout the record. "Congratulations” is a truly exceptional album, but one that must be approached cautiously, and one that refuses to be fully understandable.

On their debut album “Oracular Spectacular,” MGMT—comprised of Ben Goldwasser and Andrew VanWyndarden—traversed a wide variety of styles, achieving most success with the psychedelic synthpop hit “Kids.” For their second album, however, the group have refused to release any singles. Instead they recorded a cohesive body of work meant to be heard in one continuous sitting. As such, “Congratulations” contains no songs that come close to the New Order-inspired thrills of “Kids;” in fact, it’s hard to imagine a single track off this album making its way anywhere near a dance floor. Nevertheless, it succeeds in cohering as a thoroughly engaging and rewarding second album.

Stylistically, “Congratulations” does not diverge from many of the album tracks on “Oracular Spectacular.” The 1970s prog rock and ambient music that inspired “Weekend Wars” and “The Handshake” are the key touchstones on this record. Heck, “Congratulations” even has a track called “Brian Eno”—one of the album’s more straightforward cuts, avoiding the numerous shifts in style that define most of the tracks. “Brian Eno” is mainly a frantic, devoted, yet questionably-framed ode to the British producer and composer. Something about the song’s tribute just doesn’t quite add up. The song’s conventional structure at one point gives way to a 20-second music hall-esque bridge where Eno’s name—complete with all nine of his middle names—is chanted in a strikingly devotional, and creepy, manner. And is the figure described by the lyrics actually not all he’s built up to be, as is suggested by the refrain, “What does he know?” Alongside the lyrical self-consciousness present across the entire album—“When I was stuck he’d make me memorize elaborate curses / Tinctures and formulas to ditch the chori and flip the verses”—all this doubt alienates the listener, who will have a hard time finding any emotional anchor in the song.

This alienation is appropriate, since “Congratulations” as a whole does not try very hard to invite a listener in. It is an insular and convoluted record that explicitly rejects passion and, instead, aims for more cerebral pleasures. As the opener “It’s Working” states, “It’s working in your blood / Which you know is not the same as love / Love is only in your mind.” If one can fall in love with “Congratulations,” it’s due only to its workings on the mind; the instrumentation—generally formed of heavily overlaid guitars and piano rather than synths—refuses to settle on easy, passion-inciting hooks. The album’s appeal is based on the fascinating opacity of its lyrics and the avant-garde innovation of its songwriting.

Take, for instance, “Flash Delirium,” the closest the album has to a single. Released a few weeks ago as a free download, like many of the tracks on “Congratulations,” it is a smorgasbord of styles. At one moment it seems like the successor to the synthpop groove of “Time to Pretend,” but within seconds it shifts to a guitar melody with a heavy walking bassline, eventually arriving at an atmospheric conglomeration of multiple vocal lines and ringing synths. During the song’s surprisingly-condensed four-minute run time, the lyrics travel just as far as the music. They are amusingly self-deprecating: “The hot dog’s getting cold / And you’ll never be as good as the Rolling Stones;” plain psychedelic: “See the flash catch a white lily laugh and wilt;” and even socially radical, in a very moden way: “Stab your Facebook / Sell sell sell / Undercooked / Overdone / Mass adulation not so funny.” If MGMT had the guts to release the track as a single, it would have been one of the best of 2010 so far. As is, it will have to settle for being the best album track of the year. What the song actually means, though, is almost completely impossible to tell.

But “Congratulations” isn’t supposed to be easy or accessible. Many may listen to it once, find nothing of interest, and discard it. But that will be their loss. Whether it’s the Kinks-like tongue-in-cheek third-person storytelling of “Song for Dan Treacy,” the Berlin-era, Bowie-esque piano instrumental “Lady Dada’s Nightmare,” or the seeming dozens of stylistic shifts through 12-minute album centerpiece “Siberian Breaks,” the album is full to bursting with fascinating compositional decisions. It can be overwhelming and far too much to absorb in one—or even five—listens. But “Congratulations” proves that MGMT are a band with stunning and apparently limitless vision. Challenging your audience is fine if you can back it up with great music, and that’s exactly what MGMT have done here.