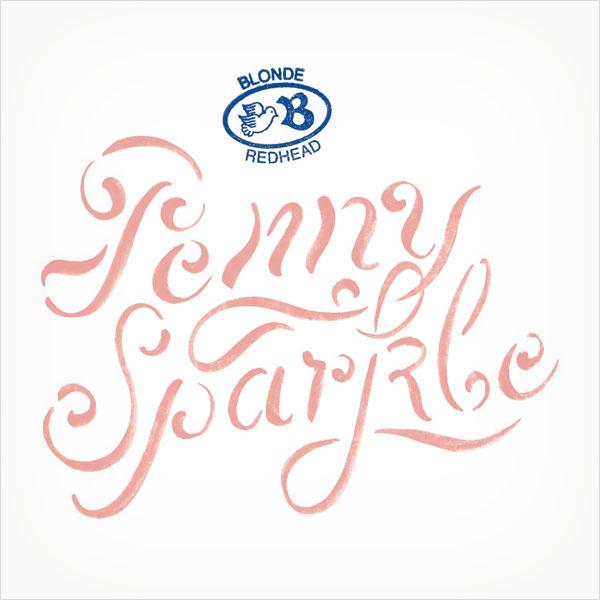 By Courtesy 4AD
By Maya I. Anderson, Contributing Writer

Despite the fact that the better half of their band is well over forty, Blond Redhead have yet to fall prey to becoming outmoded burnouts. Blonde Redhead was first formed by chance when the group met in a New York City cafe—in 1993. With their eighth, and newest album., “Penny Sparkle,” they continue their creation of incredibly fresh and new music most would only expect from kids half their age. In “Penny Sparkle,” Blonde Redhead try on a less complicated style and very much succeed: cutting out much of the noise and creating the soundtrack to afternoon daydreams.

Though Blonde Redhead have simplified their style, they’ve added a dimension that creates an even more out-of-this-world feeling than any of their previous albums, all of which were already labeled “dreamy.” In “Sparkle,” they create a layered style of simple elements. Foremost in aiding this is the synth has been given a new role as the sandman—bringing the atmosphere of the dream—rather than its typical role as a techno back-up singer. The percussion is simple and staccatoed, making each hit more effective as well as grounding the songs, and the beautiful, ethereal melody provided by Kazu Makino, the lead singer, complements the composition in a manner that intensifies the dream-like feel. A particularly striking example of the balanced instrumentation is “Everything is Wrong.” The melodies of the vocals, guitar, and synth create a sound that resonates deeply, while the percussion keeps us grounded.

The band continues the themes of love from their last album, “23,” with lyrics that speak of a misunderstood or misunderstanding lover. Though exploring similar themes, “Sparkle” succeeds in growth, striking the listener as a calmer and less-materialistic cousin of the previous album. Blonde Redhead have traded the faster, punkier sound for one made for musing. While “23” is heavy on guitars and quick rhythms, “Sparkle” is slower, affected with cosmic melodies and a distant beat.

However, the minimalism and speed do lend to a difficulty in distinguishing between tracks. This is also compounded by the nearly incomprehensible lyrics in most songs. In “Will There be Stars” and “Black Guitar” Amedeo Pace, the guitarist, makes an appearance as vocalist adding some variety. This helps the album avoid excessive monotony despite its tendency toward unrecognizable vocals, synthy similarities, and medium-to-slow paced beats which make singing along difficult and dancing along impossible. It does not, however, save the album from being a hard one to get all the way through. “Penny Sparkle” definitely takes more than one full listen to enjoy. But Pace’s voice does not take away from the dreamy state the album puts one in either, and instead gives a voice to the lover, who is usually the subject matter of the lyrics.

Perhaps this was done intentionally, as the album does present itself as a unified whole. It progresses almost as a break up, starting with songs that describe the brink of a rut, then the actual break, and finally, recognitions of the flaws in the given relationship. “Sparkle” begins with “Here Sometimes,” easily the catchiest song in the album, which introduces the bittersweet feelings of heartache consistent throughout. Makino sings, “you want to save me / people will save me.” By the middle of the album, she asks, “Is this love or prison?” while the last song, “Spain,” acknowledges “I don’t mean to fly to you,” telling the lover, “I can’t take it anymore.”

“Penny Sparkle” takes the listeners’ minds elsewhere with its otherworldly sound, keeping them from getting lost with persistent percussion. The ability to create that out-of-body experience is what gives “Sparkle” its edge, even while the songs hazily flow from one to another. Despite the fact that it is not an easy listen, these are the songs of slow dances in daydreams of unrequited love.