Harvard Fails to Maintain Lead Twice in Deadlock at Cornell 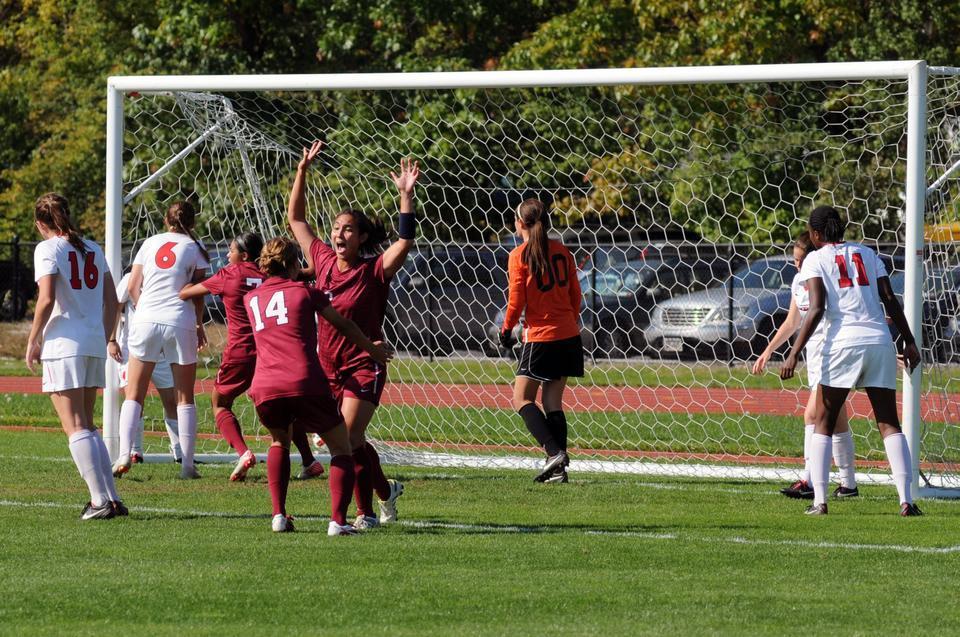 Throughout the past weeks, Harvard co-captain Melanie Baskind and freshman Meg Casscells-Hamby have provided the “go-to” force for the Crimson women’s soccer team (7-4-1, 2-0-1 Ivy), taking team-leading 37 and 33 shots, respectively, this season.

But at Cornell (2-9-1, 0-2-1) on Saturday, Harvard relied on the duo of junior Aisha Price and sophomore Elizabeth Weisman to carry the team to a 2-2 tie and keep the Crimson at the top of the Ivy League rankings.

“I think it was a game that could have gone either way,” Baskind said. “We’re disappointed because it’s an Ivy League game, and every one of those is very important … But we can’t be too upset with the tie. We have to go back to the drawing board in some ways and see how we can continue to improve for the next game.”

Saturday’s contest started with a scoreless first half that soon turned into a game of cat and mouse in the second 45 minutes. All four goals took place in the last 17 minutes of the match, as each time Harvard scored, Cornell quickly responded.

Price put the Crimson on the board first, heading in a goal off a corner kick by co-captain Lindsey Kowal in the 73rd minute.

Winless in the Ancient Eight coming into today’s game, the Big Red refused to let a win slip away. Only 16 seconds after Price’s header, co-captain Abigail Apistolas scored for Cornell to tie the game. Apistolas’ goal was the first time the Big Red scored against Harvard since Oct. 9, 2004.

“I’m pleased with how we responded because a lot of teams, when you let something slip by you like that, you’re so down that you can’t even turn it around,” Crimson coach Ray Leone said. “But we did. Again give credit to Cornell. We didn’t go away, and they didn’t either.”

Cornell’s offense provided some heart pains for Crimson fans as well, including a powerful shot by Big Red freshman Kerry Schubert. But Harvard goaltender Bethany Kanten, in her third Ivy appearance, made five saves throughout the match. Halfway through the Ivy season, the rookie holds a 1.25 goals-against average and has turned aside 22 shots overall.

“She stepped up,” said Baskind, referring to Kanten. “She’s gaining confidence with each game. She has a really great supporting cast, [and all four goalies] are continuing to learn from each other. We have confidence with whoever is in the net.”

It wasn’t until 84:12 that the Crimson put another point on the board. Price took advantage of teammate Weisman’s wide-open position, sending her a pass that the sophomore easily converted to put Harvard up, 2-1.

But with 1:42 left in the game, Cornell’s Maneesha Chitanvis hammered in a pass from Apistolas past Kanten, tying the game yet again for the Big Red.

“Being ahead twice and letting up a goal right after each time was just a total lapse in concentration, and we paid for it,” Leone said. “Once we got ourselves into [overtime], we played well, even more so than the rest of the game.”

The Crimson outplayed the aggressor in overtime, repeatedly attacking the goal with shots and Price’s well-known long-range throw-ins. But a scoreless 15 minutes provided the Ivy League with its first tie of the season.

“We played our best soccer in overtime,” Baskind said. “Cornell had the momentum before that, scoring a big goal with only one minute to go, so I was proud of the way we responded. We had some chances, but unfortunately, it didn’t work out for us.”

“[We’re going to be] trying to get back to what we do well: trying to posess the ball and move the ball a little better than we’ve been moving it,” Leone said. “[We’re] trying to recapture that focus again, and then it’s a run to the finish after that. It’s an open field in the Ivy League, and anything can happen, so we’re excited.”