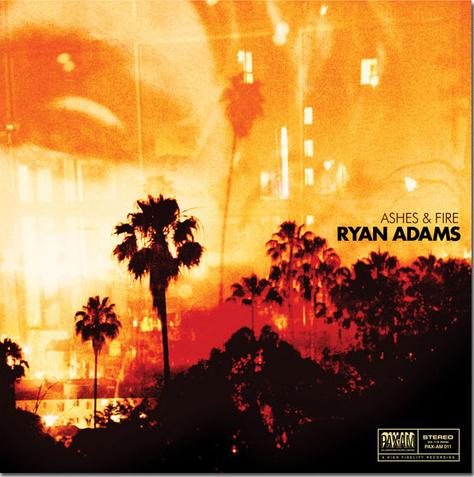 Ryan Adams would be the first person to tell you that he is one of the finest singer-songwriters of the early 21st century. Since his commercial breakthrough in the wake of 9/11 with his love letter to the Big Apple, “New York, New York,” Adams has embarked on a largely anachronistic music career, exploring the depths of ’60s- and ’70s-inspired folk, country, and rock. Not many contemporary artists can boast 13 studio albums in 11 years, yet Adams has managed to compile one of the most erratic and prolific discographies in modern music. He exhibits the emotional depth and sensitivity of a country crooner and the drug-addled swagger of a punk rocker. The problem with his latest effort “Ashes & Fire” is that in his recent two-year hiatus from recording, he seems to have forgotten all of the charisma and arrogance that made him so appealing in the first place.

As its title implies, “Ashes & Fire” is a largely somber affair, arguably the most down-tempo and moody record of Adams’s career. From the very first track, “Dirty Rain,” Adams emphasizes the titular apocalyptic imagery: “Last time I was here, it was raining.” The album’s lyrics are filled with images like “church bells ringing through the sirens” and “coats full of bullet holes.” Adams aims to replicate contemporary feelings of both loss and solidarity in his songs. Part of Adams’ appeal has always been his dense and often contradictory lyrics, and this style is most evident in his feelings towards love. In the album’s first single, “Lucky Now,” he claims that “night will break your heart / But only if you’re lucky now.” It’s difficult to know exactly what he means by this statement, but the confusion suggested by his lyrics reflects the perplexities of his subject matter, and he uses this device to great effect throughout the album. Lyrically, “Ashes & Fire” is right on par with his previous work, if a little bit predictable.

“Ashes & Fire” falters in its relative lack of musical inspiration. On many albums, the B-side of the record can sag with middling, midtempo filler that lacks the punch of the album’s front end. Unfortunately, such material dominates the majority of “Ashes,” with most cuts relying primarily on acoustic guitar, an occasional sprinkling of organ, and hollow drumming. The dragging “Save Me” sounds like Ryan Adams 101, with a slow alt-country melody, imagery of midnight bars, and Adams’s incessant refrain, “Somebody save me.” It’s nothing that his fans haven’t heard before, and compared to previous torch songs like “Come Pick Me Up” and “Two,” it lacks the emotional punch and intricate arrangements that characterized his earlier work. “Do I Wait” and “Invisible Riverside” simmer with frustration without reaching any kind of musical climax, and are ultimately too melodically repetitious to be memorable. Not even background vocals from Norah Jones and wife Mandy Moore can save most of the album’s tracks from sheer tedium.

There are certainly some appealing songs here—most notably “Chains of Love.” Over spiraling guitar lines and bright strings, Adams delivers the title phrase with his signature raspy belt. It’s the most upbeat track on the record, but alas, over the album’s entire 43-minute playing time, “Chains of Love” clocks in at just over two minutes. In that small span, Adams revives his rare gifts for hooks and melody only to let them dissipate on the next track. Similarly, penultimate track “Lucky Now” succeeds despite relying on many of the same musical ideas as the rest of the album. It manages to craft an elegant acoustic melody that opens up in a fully electric riff as the song’s emotional and lyrical intensity builds with stunning control. The masterfully simple agreement in tone between words and music in “Lucky Now” makes the rest of the album’s tracks pale in comparison. The majority of the cuts operate in a kind of monotone, and employ similar instrumentation and themes that ultimately bleed together. It makes the highlights ultimately much more refreshing, but it’s a shame there couldn’t have been a few more standout songs on the album.

Even with Adams’s penchant for prolific release schedules, it’s understandable that a two-year recuperative hiatus to battle Ménière’s disease might have dulled his musical sensibility. Yet, the majority of “Ashes & Fire” seems to lack any kind of genuine emotional or musical investment. The record plods along at a sluggish pace and only emerges from its haze at occasional moments of energetic levity. It makes for harmless and inoffensive background music, but it falters as an attempt at a compelling and engaging musical product.