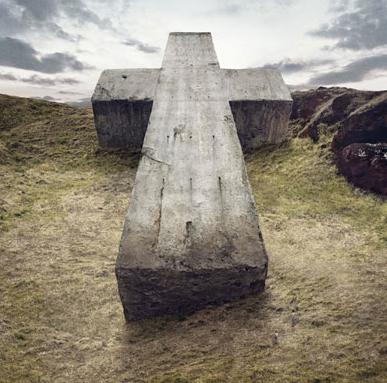 Before 2007, French electronic music was dominated by Daft Punk. However, in 2007, the world was formally introduced to the French electronic duo Gaspard Augé and Xavier de Rosnay who, under the name Justice, released their debut studio album, “†.” With its unstoppable combination of funky house rhythms and syncopated electro sounds, the album received great critical acclaim. Now, four years later, Justice has released “Audio, Video, Disco,” an album that, in all senses of the word, is sophomoric. An experimental blend of French electro, ’70s arena rock, and Italo-disco, Justice has created a compilation of tracks that together lack cohesion and individually lack finesse—two elements that were integral to the phenomenal success of their first album. Clumsy and juvenile, “Audio, Video, Disco” does not fall short because of the duo’s attempt to try something different. It is, however, just this experimental, trial-and-error quality and overwhelming disjointedness that sadly make it clear that the French electronic genre has seen better days.

In the months preceding the release of “Audio, Video, Disco,” Augé and de Rosnay revealed that the album would be “daytime music,” a non-aggressive, lighter version of “†” that would feature a slightly altered sound inspired by classic rock. What was expected to be a small shift away from the upbeat disco beats familiar to house music turned out to be an overindulgence in digitized guitar riffs and piano hits. The album’s fourth track, “Canon (Primo),” is a prime example of Justice’s immature emulation of rock music. The song begins safely, with the simultaneous pulse of bass drum and the rising scales of electric guitar. Then, in an effort to combine rock and electronica, it quickly shifts into an ugly mélange of interrupting cymbals, rhythmic bass, and jarring, abrasive guitar.

Though the group clearly strives for novel combinations of sounds, the initial excitement of their supposed innovation never evolves past the thrill of novelty. “Brianvision” is a notable offender. A calming yet unengaging introduction evolves into a continuous loop of the same sounds. The song lacks dynamics, and ends with little progression and no escalation. Indeed, many of the songs on the album display a rudimentary grasp of dynamics—these songs rarely transition within themselves, but abruptly change.

This process of devolution from gripping introductions into monotony is the pattern of “Audio, Video, Disco” as a whole. “Horsepower” and “Civilization,” the album’s first and second tracks, give a powerful introduction with their exceptionally careful transitions and precise juxtaposition of synthesizer and pounding bass. The ominous, crashing cymbals and guitar reverberations promise the biblically epic arrangements of “†.” However, almost as if there were not enough creative juice to continue, this impression eventually fizzles out as the album deteriorates into an unimpressive, pointless repetition of sound. The first two tracks display the potential of such experimentation due to their novelty, but just as “Canon” starts off high and ends in an anticlimactic finish, so too does “Audio, Video, Disco” fail to maintain the interest needed to execute such a starkly different style.

For their first album, Justice was applauded for prolifically manipulating the synthesized jazzy sounds common in the French house genre. Their well-delivered salute to Michael Jackson in their hit track “D.A.N.C.E” reveals the obvious precision and care with which Augé and de Rosnay complemented synthesizer with light piano and sanguine vocals. While there are a few successful tracks buried within “Audio, Video, Disco,” such as the Queen-reminiscent, mobbish pulses of “Parade,” the duo’s latest contribution to French electronic music does not live up to expectations. The intention to combine classic rock, electronic sounds, and upbeat disco requires great care and an abundance of creativity to carry out. There must be an incentive to give such experimentation a try—a clear artistic goal in mind. However, the incoherence of “Audio, Video, Disco” suggests that any clarity of vision was lacking.