‘Adam’ a Shallow Retelling of Genesis Under Communism 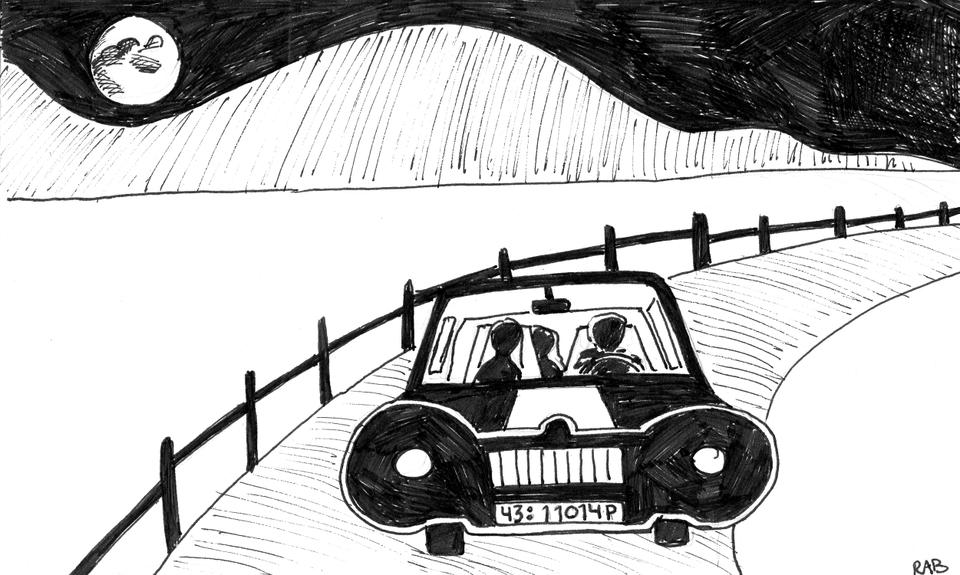 In the beginning, the black and white forms emerged from the photographer’s developing fluid. “First there was nothing—and then suddenly something.” This is the story of Genesis as rendered in Ingo Schulze’s latest novel, “Adam and Evelyn,” a book steeped in biblical imagery, not least in its eponymous wordplay. Translated by John E. Woods, the novel is also a reflection on the struggles and harsh realities of life in former East Germany. Schulze’s novel is the story of Lutz Frenzel, a women’s custom tailor known to everyone as Adam, and his younger girlfriend Evelyn Schumann. They live together in a well-kept house where Adam does fittings for his rich and influential clients while Evelyn is at her waitressing job. Adam designs outfits for his clients, takes their photographs wearing his creations, and then has sex with them. One day, Evelyn quits her job and comes home early, catching him in the act. When she decides to take a vacation to unstable Hungary with her restive best friend and her friend’s flirtatious cousin from the West, Adam follows, setting into motion a chain of events that will lead to new lives for both of them in the supposed capitalist paradise of West Germany.

“Adam and Evelyn” is a love story based on the fall of man, set during the fall of communism. The story depends on these two falls, but it only succeeds in capturing the first. In general, stories set in the German Democratic Republic (GDR) have the advantage of juxtaposing the human emotions and aspirations of their characters against the impersonality of a police state. To achieve this, such stories must inhabit the landscape and atmosphere of the GDR: the buildings made from concrete blocks stacked on top of each other, the industrial grayness of socialism. Schulze’s novel does not do this, and therefore forfeits the potential resonance of its setting. The two protagonists argue over leaving the East behind, but their passions seem dry and unfounded. Adam wishes to return to his comfortable home and the life with which he is familiar. “Do you think I can just turn my back on everything—on the house, the garden, the graves, everything?” And indeed, this seems like a convincing argument, because Schulze neglects to convey the problems with life in the GDR; in contrast, Evelyn’s rejection of her homeland seems inadequately developed.

And yet, Adam’s struggle to hold onto love as he falls from grace is convincingly and touchingly portrayed. The story is bookended by images of figs and a car repairman, curious symbols which appear at Evelyn’s departure and at the couple’s final reunion. These serve to make their reunion like a new beginning. The regaining of paradise, in the form of escape from communism and a new life in the West, is meant to mirror the healing of the couple’s love. The problem is that we only get a full picture of the latter: Schulze focuses exclusively on the love story and never develops the historical parallels he seems to think are so important. Occasionally, though, Schulze manages to connect the two ideas. “Do you really believe it will all just go one like before? That would be absurd,” says Evelyn, and she is referring to her relationship with Adam as much as to the uncertain situation in the East. Nevertheless, the book never attains the depth for which it strives because it fails to capture the bleakness of the life they leave behind.

Despite this thematic superficiality, “Adam and Evelyn” is entertaining and readable. This is largely due to the dynamic, likeable characters. They seem meant for each other despite the vast differences between them. Evelyn is more impetuous. She keenly feels the stagnancy of her life in the East, having three times applied and three times been rejected to study at the local university. The West is a promised land for her, where waitressing would be a springboard to better things and not an end in itself. She blossoms amid the unknown freedoms of the West. She is always hopeful that things will somehow work out, even though Adam hates that idea. “Enough with the ‘somehow,’ ‘somehow’ is awful,” he says. The strength of Evelyn’s character lies in this optimism, which soothes and balances Adam’s penchant for despair.

Adam is the exact opposite of Evelyn. His life is built around structure, routine, and orderliness. He is comforted by his house, his white picket fence, his garden sandals, and his basement darkroom where he develops photographs of the outfits he designs. But despite this seeming innocuousness, Adam is not a naturally sympathetic character. He never genuinely apologizes for his infidelity. His method of coping with the shock of life in the West is to ignore Evelyn completely. “He acts like he’s the first and only person on earth,” Evelyn says, and she is right. Still, he manages to garner sympathy through sheer doggedness; somehow his stalking Evelyn through multiple countries makes perfect sense and even serves to prove his love. The strength of Adam as a character lies in his need for Evelyn, to whom he clings as if she really were made from his own rib.

Really good novels echo in the reader’s mind after the pages are shut. Putting them down at the end is like trying to set aside a strong emotion. “Adam and Evelyn” does not reach these heights. The contrast between East and West, old and new, is simply too shallow. But despite this fatal flaw, the book still has many lesser merits. Schulze writes with rich imagery, from the first image of the photographs emerging from their chemical bath, to the last image of photographs burning. If the majority of the book were not in dialogue, this sumptuous imagery might help it reach the stylistic beauty for which it strives. As a love story, it is satisfying and resolutely optimistic. It does not devastate, it does not enlighten, but it does not disappoint either. Yet as a parable, one cannot help but wish for something more.