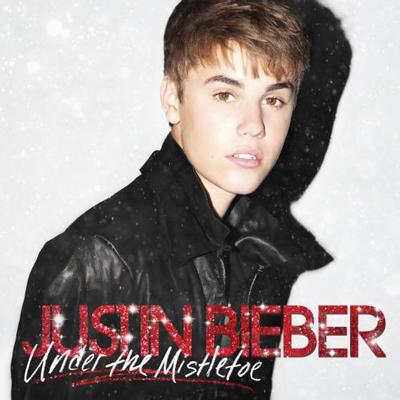 The criteria for a good Christmas album are significantly different from those that apply to a normal album. Rather than being evaluated in terms of emotional resonance, musical competence, or any other nitty-gritty details, a Christmas album is largely defined by its holistic feel—that evasive sense of holiday cheer difficult to put into words without sounding woefully generic. Justin Bieber’s third album, “Under The Mistletoe,” might not reach the impossibly high Phil Spector–levels of greatness, but its collection of covers and original songs manages to showcase all of the necessary imagery and sound required of a Christmas album, and a slew of impressive collaborations make it an enjoyable stocking stuffer.

The weakest part of “Under The Mistletoe” was evident from Bieber’s original solo affairs. They all cover the same basic premise, and at least four of the album’s 15 tracks contain lyrics about how a female companion is the only thing the Bieber needs for the holidays. On the album’s understated, acoustic opener, “Only Thing I Ever Get For Christmas,” the 17-year-old croons, “You’re the single item on my list / You’re my one and only Christmas wish.” On the album’s lead single, “Mistletoe,” he forgoes playing in the winter snow in order to wait under the mistletoe. On “Christmas Eve,” a piano-laden slow jam, Bieber insists, “I don’t need no presents, girl / You’re everything I need.” It’s not hard to guess the main gist of “All I Want Is You,” the album’s final original song.

And yet, for all of the lyrical stagnation, the original songs still attain an aural aesthetic that can only—and perhaps unimaginatively—be described as Christmas-y. Sleigh bells abound on nearly every track, and church bells add a sense of weight to the swelling choruses of “All I Want Is You” and “Mistletoe.” It’s as if Bieber is holding up a sign reading “This is a Christmas song” in big, bold letters. But then again, for a genre that has never been known for its subtlety, this blunt approach is more charming than problematic.

The real meat of the album can be found in Bieber’s collaborations with other hip-hop and R&B artists. The Canadian Wonder harmonizes well with mentor Usher on an admirable cover of “The Christmas Song (Chestnuts Roasting On An Open Fire),” which is weighed down only by an ugly and out of place guitar solo. Mariah Carey accompanies Bieber—or rather, Bieber backs up Mariah Carey—on a re-recording of “All I Want For Christmas Is You,” an enormous part of the modern Christmas canon and a song originally released when Bieber was less than a year old. To her credit, Carey’s performance sounds nearly identical to that of the original single, and to his, Bieber delivers a tastefully understated verse.

Boyz II Men, who released their first album three years before Bieber was even born, feature on R&B ditty “Fa La La.” The proven harmonizers add feelings of significance to seemingly empty lines like “Wanna put my ear to you chest, girl … Baby, I hear melodies / When your heart beats.” Sure, it might be the stuff of standard pop music, but the combination of young and relatively old manages to sell it.

But the best guest appearance comes on “Drummer Boy” as Busta Rhymes adds to a cacophony of disparate elements that have no right working together as well as they do. Following an earnest intro performance of “Little Drummer Boy,” Justin Bieber launches into a rap verse featuring such unintentionally narcissistic lines as “Playin’ for the king / Playin’ for the title / I’m surprised you didn’t hear this in the Bible.” And he nails it.

But that pales in comparison to Busta Rhymes’s verse, in which he recounts the origin tale of his collaboration with Bieber. All of this is recited in Busta Rhymes’s characteristic snarl, which is completely incongruous alongside lyrics about “eggnog with a sprinkle of vanilla” and a seasonally appropriate closing line of “Merry Christmas, Kwanzaa, Happy Hanukkah!” On paper, the collaboration should not work at all, and yet the duo sells it completely through sheer conviction.

It would be easy to point to Bieber’s youthful voice and decry him as the unwanted resurrection of the ’90s boy-band style. But as his numerous collaborations on “Under The Mistletoe” make clear, Bieber aims to move into the hip-hop and R&B space. With a solid holiday release under his belt, it’s a welcome transition for the evolving teen sensation.

­—Staff writer Brian A. Feldman can be reached at bfeldman@college.harvard.edu.