Tennis Sails Away to Pop Perfection on Debut Album 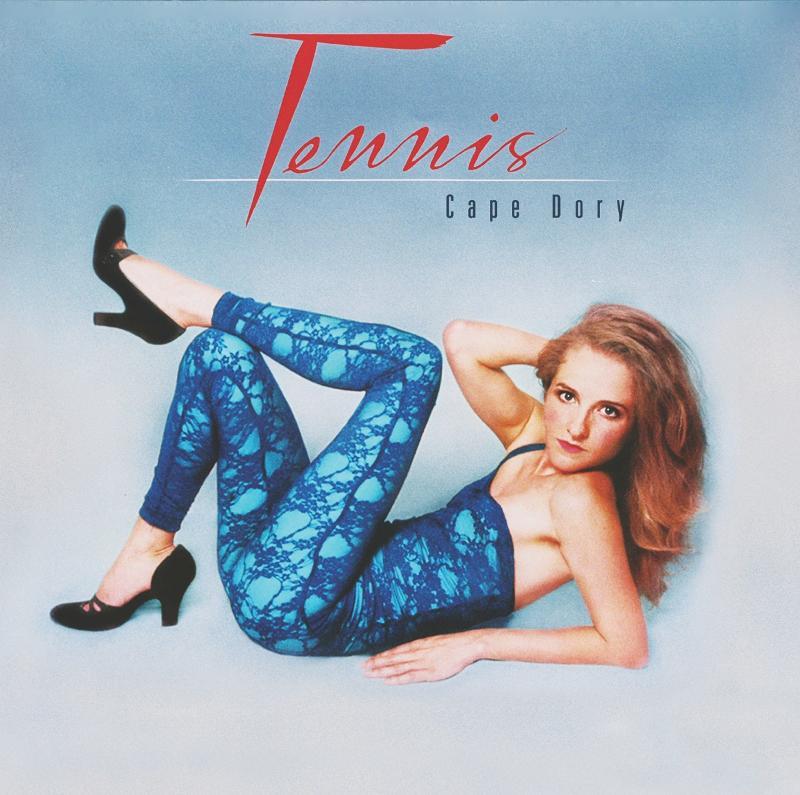 It’s your typical rock and roll success story: Alaina Moore and Patrick Riley, a married couple from Denver, decide to sail along the Atlantic coastline and wind up writing songs about their voyage, calling their band Tennis. The resulting debut album, “Cape Dory,” is all pastels and conch shells—a breezy, half-hour collection of lo-fi pop tunes with lyrics about sailing and the joys of vacation. The songs and lyrics are simple, but they correspond perfectly with the escapist feel of the album. Is “Cape Dory” revolutionary? Not particularly. Is it edgy? Certainly not. It is nonetheless a tremendously enjoyable pop album from two musicians with superb melodic sensibilities and a gift for constructing catchy hooks.

Moore sets the tone of the album fairly quickly on the opener, “Take Me Somewhere,” the chorus of which consists of incessant cooing of the track’s title. The lyric serves as a mission statement for the remainder of the album—the central theme of “Cape Dory” is escapism, but not in the traditional rock and roll sense of the word.

The tone of the album is innocuous. Rather than escaping a meager existence à la “Born to Run,” Moore and Riley simply want to take a vacation. On “Bimini Bay,” Moore muses, “We’ve been gone for so very long / That we’ve forgotten where we are from.” She expresses a similar sentiment on “Seafarer,” when she recounts her affair with a sailor that made her leave “[her] home and friends behind.” The lyrics do not exhibit the slightest degree of urgency or genuine concern; instead they suggest a bemused acceptance of her lifestyle.

On “Baltimore,” Moore wonders aloud in one of the album’s inadvertently humorous moments, “Can we get a job?” This line provides a rare break from the album’s carefree atmosphere, as the only time in which a real world concern emerges. In many cases, Moore and Riley do not even waste time with substantive lyrics—some of the album’s most memorable choruses consist entirely of nonsense syllables.

The themes of “Cape Dory” may not be particularly complex—no one would accuse lyrics such as “Coconut grove is a very small cove / Separated from the sea by a shifting shoal” of being particularly deep—but the real appeal of the album lies in Moore and Riley’s gift for inescapable pop hooks. Songs like “Marathon” and “Long Boat Pass” consist primarily of simple organ melodies and surf-rock guitars, and find them appropriating the ethos and instrumentation of their prep-pop peers, Vampire Weekend.

Tennis’s musical sound itself is an appealing hybrid. Tracks like the gently swaying “Pigeon” and “Bimini Bay” feature the silky smooth coos and whispers of frontwoman Alaina Moore, which recall the vocal stylings of 1960s girl groups like the Shangri-Las. Building on their classic pop influences, Moore and Riley then layer their songwriting with loud, squalling guitars and lo-fi drum cascades. The combination of these two very different styles creates an interesting contrast on the racing “South Carolina,” on which Moore’s voice soars over chugging guitar lines and a constant sheen of cymbals. The slow-burning closer “Waterbirds” opens as a mellow shuffle and then climaxes into a cacophony of jagged blues riffs. Lo-fi pop is nothing new, but Tennis’s exceptionally pristine vocal arrangements enrich “Cape Dory” with a distinctive sound that is simultaneously fresh and familiar.

Despite the album’s fairly uniform melodic and tonal ideas of relaxation, it is a credit to the band’s song craft that the album’s energy never flags. Songs like “Take Me Somewhere” and the title track exhibit abrupt tempo changes that keep them interesting. In terms of album dynamics, Moore and Riley wisely sequence the tracks, alternating between up-tempo and down-tempo songs.

Moore sings on the title track, “Do you want to go where it never snows?” Though the listener may not need to flee a wintry climate, the message of “Cape Dory” isn’t specific to any one particular time and place. At its heart, “Cape Dory” is an album about spending time enjoying the company of someone you love—regardless of location or season, and it brings a charming summer ease to even the coldest winter months.