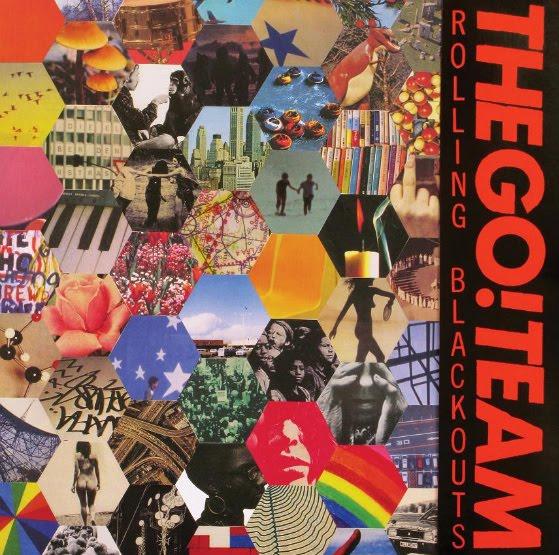 The title of the Go! Team’s highly anticipated third full-length perpetuates the electrical theme of their memorable 2004 debut, “Thunder, Lightning, Strike,” as well as encapsulating all the connotations of destruction, aggression, and volume that make the band so divisive. Helmed by mastermind Ian Parton, the Brighton-based band’s singular sound has always been charged with a certain schizophrenia. Their inclusive, eclectic approach can bury the nuance, and their songs sometimes toe the line between exuberant collage and grating, disorienting assault. But more often than not, their bombastic pastiches—which combine obscure, far-flung samples, schoolyard chants, a rotating troupe of vocalists, and every instrument known to man—create a shockingly cohesive, genre-bending experience of peerless energy and creativity.

To accuse the sextet of doing too much would be remiss, because few groups can match their ingenious blend of influences or their pop sensibilities. Though you wouldn’t know it from the blaring horns and incomprehensible rapping of opening track “T.O.R.N.A.D.O.,” this album might be their most tuneful yet. Its most compelling cuts often lean more toward vocal than toward instrumental greatness.

Even more so than their last album, “Rolling Blackouts” makes excellent use of its guest stars. Last time around, Public Enemy’s Chuck D became the first male vocalist ever featured on a Go! Team track (“Flashlight Fight”), and the result was surprisingly muddled and forgettable. Parton wisely returns to an all-girl cast on “Rolling Blackouts,” and each one charms—no small feat given his remarkably consistent regular vocalists, drummer Chi Fukami Taylor and multi-instrumentalist Kaori Tsuchida. 19-year-old Tampa rapper Dominique Young Unique takes the lead on the upbeat, dreamlike “Apollo Throwdown” with the same verve and wit as longtime Go! Team MC Ninja. The distinctive voice of Deerhoof’s Satomi Matsuzaki is equally welcome on the churning, perfectly paced “Secretary Song,” one of the most jubilant songs about workday malaise in recent memory.

The Go! Team is most exciting on the LP when they reveal their vintage girl-pop tendencies. These are most readily apparent on “Ready to Go Steady,” the lo-fi drumwork, handclaps, and vulnerable lyrics of which would not seem out of place on a Sarah Records tribute. “I’m not so good with words, so let me tell it straight,” French chanteuse Lispector offers, and the lilt in her chorus—“I know we just met but I am ready to go steady,” emphasis on the “ready”—proves irresistible. “Buy Nothing Day”—the album’s anthemic, scuzzed-out centerpiece—is just as thrilling, as it features Best Coast’s Bethany Cosentino against a much more layered backdrop than she’s accustomed to. She shows up once more on the title track, whose distorted, whirring guitars create a uniform sensation of urgency.

Despite the strength of the female vocals throughout, “Rolling Blackouts” would not be a Go! Team record without a handful of instrumentals, and as usual, this batch is mixed. The big-band sound of “Bust-Out Brigade” could soundtrack a ‘70s spy movie, and the spacey “Super Triangle” wanders amiably, while the piano-driven “Lazy Poltergeist” is the album’s lifeless low point. But the cinematic strings, banjo, slide guitar, and melodica of “Yosemite Theme” showcase the Go! Team at their best. Taking off around the 40-second mark and never letting up, the track calls to mind one of their most poignant songs, “Everyone’s a V.I.P. to Someone.” While “Yosemite Theme” seems a perfect closing track, its underemphasized placement makes it no less gripping, and the elegant outro casts a wistful glow over the remainder of the album.

Many doubted whether the Go! Team could sustain their relentless experimentalism into a third release, but “Rolling Blackouts” shows the band is here to stay. It’s been a long four years to wait, but in its well-chosen guest spots and tightly crafted riffs, “Rolling Blackouts” proves satisfying and balanced. Sounds like they’re ready to go steady if we are.

—Staff writer Jessica R. Henderson can be reached at jhenders@fas.harvard.edu.