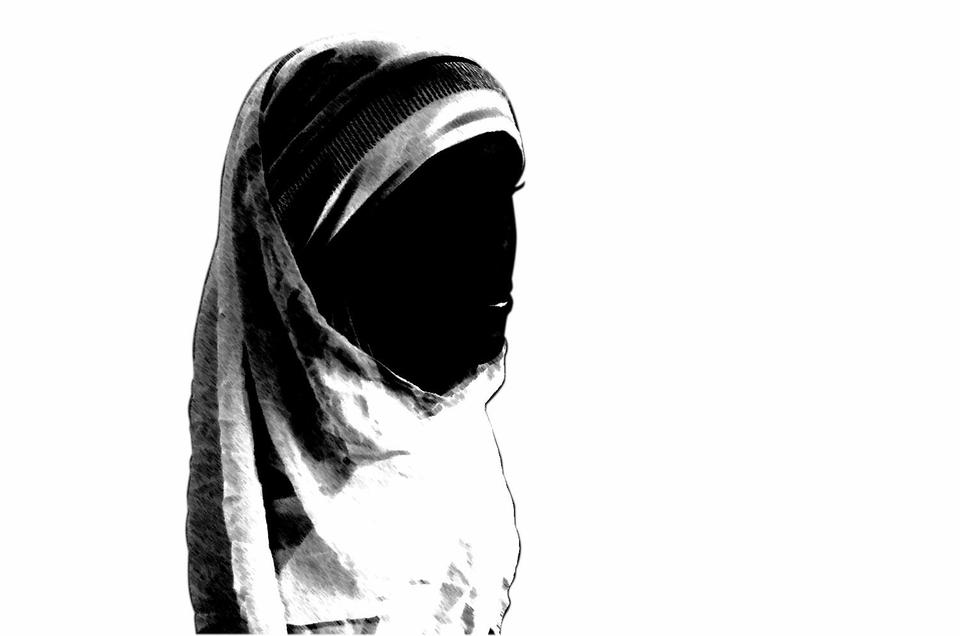 Abdelnasser Rashid ’11-’12 was seated in class at an Islamic K-12 school in Chicago when the Twin Towers crumbled to the ground in 2001.Upon receiving the news, the school’s principal convened the middle and high school students in the cafeteria to explain that two planes had crashed into the iconic New York City towers and the Pentagon in Washington D.C.“I remember he said, ‘There are people who say Muslims might have done this. You need to be very careful out there,’” Rashid said. “I was 12 years old and I felt like I was being held responsible for what others had done.”

Following the attacks, a mosque across the street from his school was vandalized. A throng of protesters encircled the place of worship and defaced its exterior.

Ten years later, discrimination toward Muslims in America persists. For Muslims who have come of age in the years following 9/11, the events of that day set off a lifetime of discrimination and stigmatization, an experience that has been marked by selective screening procedures in airports and outright harassment.

“9/11 and its after-effects have been the most defining of my generation,” Rashid said. “Muslims have endured severe abuses of civil rights, which continue to be effectively compromised, even today.”

PULLED ASIDE AT THE AIRPORT

Efitan Akam ’12, vice president of the Harvard Islamic Society, was traveling back to the United States from Sudan in 2005 with her family members when they were pulled aside for a random search. As her parents do not share the same last name, they travelled as two different parties, but that did nothing to prevent every member of the family for being selected for a so-called special screening.

Their carry-on luggage was picked through, and Akam’s headscarf was patted down while her family was interrogated about their business in Sudan. Despite being told the procedure would be brief, Akam ended up missing her flight.

“This was the first time I felt like we were being directly targeted,” Akam said. “I don’t have a problem with extra security measures, but this was pulled out under the guise of a random screening which inconvenienced my entire family.”

Although Muslims have faced various forms of discrimination, among the most familiar and most reported by Muslims is racial profiling at airports.

Like Akam, Rashid has also faced discrimination at airports, and says that his name—common in the Arab culture and Muslim world—has led to “many supposedly random security checks.”

In the immediate period following September 11, 2001, the American-Arab Anti-Discrimination Committee reported over 80 instances of discriminatory or illegal removal of individuals of perceived Arab descent or Muslim faith from airplanes. These instances do not include discrimination at security checkpoints but gives an indication of the widespread suspicions that Muslims faced following the attacks of 9/11.

Nura Sediqe, a graduate student at the Harvard Kennedy School, is a frequent traveler who says that she commonly encounters prejudice not only at security checkpoints, but in other parts of airports as well.

When paying a visit to a meditation room, an interfaith place of worship built in many airport terminals, before an international flight, a security guard began chasing after her shortly after she entered the room, demanding that she explain what she was doing.

She said she had come to pray. The security guard shrugged and left her alone.

Once on board airplanes, the experience is not much different from the scrutiny Muslims often face from airport officials. There, however, it is sideward glances and off-handed comments from passengers that remind Muslims that the legacy of 9/11 has coupled their faith and airborne terrorism in the minds of many Americans.

While seated in the emergency exit row of a plane, Sediqe said the man immediately behind her laughed and mockingly said, “I hope this goes well, and we all get there safely.”

“People are nervous about you being Muslim and some may make small snide remarks,” Sediqe said. “This was not as big an issue before 9/11. Muslims are now self-conscious about traveling.”

The suspicions that fuel these prejudices have become deep-seated, and Muslims who have grown up in the shadow of 9/11 have had to contend with its legacy in nearly every aspect of their lives.

When she was younger, one of Sediqe’s teachers posed a question before her entire class that illustrates the contemporary Muslim experience.

I thought this was an interesting question to bring up in class for debate, to say the least,” Sediqe said. “Subtle discriminatory instances like this can occur in various educational spaces. At the time I was pretty confident in who I was, but for another student, this could have had a profound negative impact.

Ten days before airplanes pummeled into the World Trade Center, Akam began to wear a headscarf, or hijab. For ten days she wore the religious covering, but after the attacks her mother forbade her to wear the hijab.

After a number of headscarf-clad women in her community were harassed—including a close family friend who was stalked until she removed her headscarf—Akam’s mother told her daughter that out of concern for her safety she should not wear the hijab.

Akam says her mother, who wore a headscarf before 9/11, refused to remove her own hijab after the attacks.

Fearing for her mother’s safety, Akam and her sisters were appointed her guardians.

“People yelled things at her as she was walking, like ‘rag head’ or ‘terrorist,’” Akam said.

Despite observing her mother’s struggles after 2001 and her sister’s initial disapproval, Akam began wearing the hijab the summer after her freshman year at Harvard. She arrived at her hometown airport wearing the hijab.

“My sisters thought I would hurt my job opportunities, saying it would be hard to do research in lab with headscarf on, but they were later accepting of my decision,” Akam said.

While she has found people in Cambridge generally accepting of her practice to wear the hijab, she has also confronted intolerance.

“It can be dangerous to wear the headscarf in today’s world,” Akam said. “In the Harvard intellectual community there’s lots of understanding, but in my hometown of Yuma, Ariz., people are not as accepting. I get many stares and whispers, although they seem to be more curious than malicious.”

The visible nature of the hijab also means that those who choose to wear it become public emissaries for an often embattled religion.

“It’s a bit daunting at first to be a symbol of religion, but we are all symbols of something. When we travel abroad we are symbols of what we are. The headscarf helped me to become a better person and show me what I needed to live up to and hold for all Muslims,” Akam said.

“You may be the only Muslim someone meets,” Sediqe said. “You can sometimes feel the additional responsibility of being a model person because people might generalize your actions. Islam is often perceived as a monolithic entity. Muslims are all X, Y and Z and behave in this manner. But with 2.2 billion, naturally diversity exists and it’s important to make others aware of that diversity.”

Rashid explains that he cannot discern whether the experience of 9/11 instilled in him a strong sense of being Muslim, Arab and Palestinian, or if it was his maturation during his teenage years where he began to question and explore.

While Muslim women, especially those who wear the headscarf, confront intolerance, Akam acknowledges that Muslim men face a different set of obstacles.

“Women are the poor, oppressed bad guys that need to be saved, but men are just the bad guys,” Akam said.

Shortly after 9/11, Akam says that she felt bitter toward America.

Observing the struggles of her family firsthand led her to partially shed her American identity, which she says was a natural reaction.

But as the years have passed, she says that she has reconciled her American identity with her Muslim one, although she says her sense of being Muslim and her pride in Islam have strengthened.

For Muslim youth growing up in contemporary America this feeling of alienation is fueled not only by outright discrimination but also a lack of Muslim role models in the media.

For negative images of Muslims in the media—especially the ubiquitous image of the bearded, Muslim terrorist—to become de-politicized, Sediqe says a social and cultural shift must occur to provide a positive, constructive image of modern Muslims.

“We need strong Muslim role models to be recognized for their contributions,” Sediqe said. “We have Muslim athletic legends like Muhammad Ali, hip-hop artists like Lupe Fiasco, Congressmen like Keith Ellison who are Muslim and examples that speak to the youth. Nothing will be done overnight, but progress is possible.”

Akam says strides toward progress are underway, pointing to efforts to educate Americans about Muslims since 9/11 and the rise of outwardly Muslim women entering career fields in the public eye.

“The way to combat discrimination is with education and tolerance. People need to learn what Islam is about,” Akam said. “Some think Islam teaches you to be violent and extremist but this is not true. People have been trying to educate masses about normal everyday Muslims.”

Sediqe echoed Akam’s sentiments, suggesting that only through education and interaction can tolerance be achieved.

“I am commonly asked, ‘Where are you from?’ expecting a foreign country,” Sediqe said. “But I say Ohio, surprise! People need to know the story of ordinary American Muslim girls and guys in small towns.”