Shoes on the Bridge 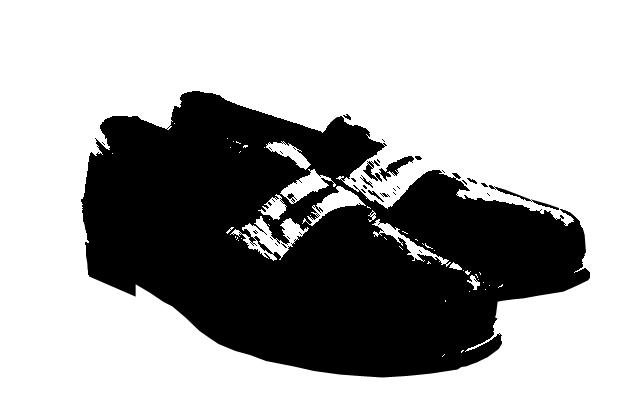 I’ve started every school year I can remember with a new pair of shoes. My annual excursion to Aldo shoes was nothing less than a ritual, and never more so than on September 1, 2001, a little more than a week before my first day at Wagner Middle School in Midtown Manhattan. On the one hand Wagner had a school band that played at Carnegie Hall every spring; it also claimed a new crop every year who took it upon themselves to smash the windows of the nearby Starbucks. The parents who dropped their kids off the first morning of sixth grade came from all walks of life. Some weren’t around to care about the first day of school. Some dashed off to Wall Street. I remember agonizing over whether to get suede moccasins or black leather loafers. It seemed like a really vital decision at the time. I went with the latter.

I had gone shoe shopping straight from a boat ride around the Hudson River with my parents. My uncle had just gotten a mini sailboat and wanted to take us out. I remember the conversation that morning so clearly. I’d been born and raised in New York City and seen the World Trade Center only twice in my life (I’ve seen the Statue of Liberty once from a distance. Hard-core New Yorker.) It was about time I got acquainted with the Financial District. So off we went. My uncle docked the boat in the river, right in front of the towers, and we ate lunch. Imagine that.

On September 11, 2001, my mom brought me to Wagner for my second day of middle school, a little before 8 a.m. My memories of the morning are tainted by the pain of my new shoes. They turned out to be wholesale Made-in-China, man-made rather than leather. By second period my feet were torn apart, bloody and covered in blistering sores. I cursed Aldo for ruining everything.

Second period was French class. We were probably conjugating être when our teacher got a call. He seemed perplexed and told us to entertain ourselves while he stepped outside. We spent the better part of the next hour playing truth or dare while our teacher fielded phone calls and babysat. As far as I was concerned, nothing was wrong, and I’d just gotten a free period. We were all eleven years old and cell-phone-less, and downtown seemed worlds away.

Thirty blocks south, my mom was crowded around a television at her Park Avenue office, watching the first tower collapse over and over again. She stood, paralyzed, as her best friend and coworker received a phone call from the plane headed into the second tower, and watched live as her coworker’s sister flew to her death.

Third period rolled around, and the entire school was summoned to the auditorium. A voice at the front asked whether anyone had parents working in the World Trade Center. I can’t be sure how many hands flew up but I can remember that there were many of them. At one point, a flock of Humanities teachers surrounded a sixth-grader in the front row and quickly ushered her out of the auditorium. We later found out that both her parents worked at the Twin Towers, and we never saw her again.

At the time, my understanding of what had happened was that there had been a huge explosion of some sort, leading to the collapse of the Towers. I had faith that everything would be okay and that the people working at the World Trade Center would be rescued from beneath the rubble. I was confused when parents began trickling into our school ten minutes later, removing their children from classes.

Around 11 a.m., my mom and aunt arrived for my cousin and me. At this point my shoes were making it impossible to walk and I asked if there was any chance we could take a taxi home to Queens. My aunt tried to persuade my mom that we should sleep at their apartment nearby. My mom was resolute: we had to make our way to Astoria. End of story.

And so we walked. With each step in my Aldo clogs the coarse leather stabbed my insoles. We walked 17 blocks until we reached the entrance to the Queensboro Bridge. No cars were in sight; only crowded masses, huddled together and walking across in packs. It seemed like a mass exodus, the kind I’d then only known to associate with Holocaust memoirs and refugee narratives. Yet these New Yorkers moved with a frightening sort of nervous velocity, a collective panicked dash across an expanse that stretches about 7,500 feet between two boroughs of the fastest city on earth. People were walking fast. No one spoke, but everyone seemed to communicate with eyes peeking out from headscarves and surgical masks. Some stationed themselves at various points of the bridge, handing out cups of water. It seemed the last place to be hours after a terrorist attack on the city. But on everyone plowed.

Years later, sitting down to write about this day, I still associate the events of 9/11 with the blistering soles of my feet and the way my mom and I ran across that bridge with so many others. We were running above the water, just like days ago we’d been one of the last to sail in front of the Towers. In the thousands of times I’ve crossed that bridge by car since then, heading into the city for school, I’ve never once forgotten crossing it back the other way on foot.