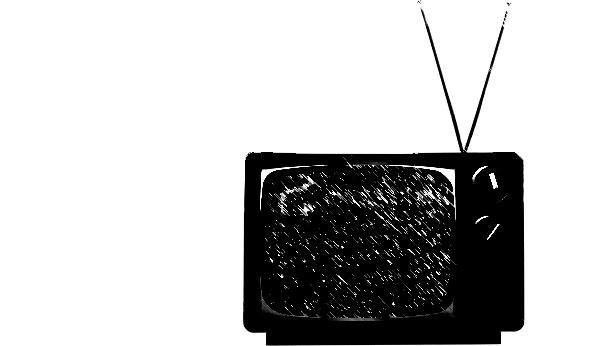 It was supposed to be upperclassman registration day. Yet, rather than an atmosphere of excitement, anticipation, and first-day-of-school jitters, Erin B. Ashwell ’02 recalls that Tuesday afternoon as one rife with terror, confusion, and sadness. “I remember walking to Sever Hall…and I remember you could hear coverage of what was happening from table to table…there was certainly a lot of shock, disbelief, and anger.” While the Harvard campus may often seems like a bubble from the outside world, the terrorist attacks of September 11, 2001 jarringly and cruelly shook the community from its complacency. As the United States approaches the 10th anniversary of the defining moment of the 21st century, many former Harvard students, as well as members of the faculty and administration, can still vividly remember exactly where they were and how the campus responded.

Much like the rest of the U.S., Harvard students spent that morning in a state of panic and confusion. As news of the terrorist attacks on the World Trade Center in New York City and the Pentagon in Washington D.C. began to trickle in, students desperately scrambled for more information. Across campus, in bedrooms, common rooms, grilles, and tutors’ residences, members of the Harvard community gathered around televisions and radios to watch footage and hear coverage of the towers’ collapsing. “All of the campus was in shock,” remembers Esther Y. Tian ’05, who first watched the coverage on her roommate’s T.V. Ashwell, much like many of her fellow students, was in disbelief when she received a forwarded CNN article from a friend. Alex Pasternack ’05 walked into the Freshman Dean’s Office for a meeting, but was immediately struck by the fact that “the manner of our conversation was so trifling in comparison to what happened that day.” Government department faculty member, New York native, and Stanfield Professor of International Peace Jeffry Frieden remembers that “[somebody said] to me that I looked white as a sheet. I know that I was in a state of shock. After all, it’s my hometown, and I had been in the [World Trade Center] probably hundreds of times.”

Almost immediately, students and faculty turned their attention to locating friends and family. “I ran into a friend who had thrown his phone through a window because he had a friend flying that day and couldn’t get in touch with him,” Ashwell says. Much like Ashwell’s classmate, members of the Harvard community grappled with technological difficulties throughout the day, as many phone lines and news websites were crippled with massive inflows of traffic. Freshmen and future blockmates Pasternack and Timothy H. Wong ’05 were both unable to reach their parents who worked downtown in New York City. “Growing up in New York City…it was such an icon. When I heard the towers had fallen, I couldn’t really believe it until I saw it,” Pasternack says. Meanwhile, as it was the last day of registration before classes, the administration scrambled to locate students who had not yet returned to campus. A small scare occurred when the school tried to locate Harvard-Smithsonian Center for Astrophysics faculty who were supposed to fly to Los Angeles that morning, but fortunately their flight had been diverted.

Then-University President Lawrence H. Summers was on his way to the faculty club when he first heard the news; he spent the majority of the day preparing remarks for the afternoon service held in Tercentenary Theatre. “This was an attempt to break the social fabric of the United States,” Summers says, “and we could best do our part by carrying on with what we did.” In his afternoon address, Summers took great care to state clearly that even as the U.S. government struggled to figure out the source of the attack, the tragedy that had taken place was most certainly an attack, and not merely a blameless disaster. At The Crimson, Ashwell faced a similar naming dilemma as she wrote her editorial, “Understanding September 11th, 2001,” and wondered whether to call what had taken place a crime or an act of war. She ultimately chose the latter.

As the events unfolded throughout the day, the Holyoke Center was transformed into a command and information post for students and administration, while HUPD and the Operations Center increased their staff and patrols. Summers, beginning his first year as the President of Harvard, was briefed on any potential security threats. Like many other tall buildings around the Boston area, William James Hall was evacuated. In the spirit of maintaining normalcy, many classrooms and facilities remained open to allow students a place to congregate and watch the events as they unfolded. Crisis and counseling centers, supplied with food and televisions, popped up all over campus as a number of different communities hosted conversations and discussions about the day’s events.

Outside the gates of Harvard Yard, the city of Cambridge experienced a similar combination of panic and shock. Carole Horne, the general manager of the Harvard Bookstore, recalls eating lunch in the “mobbed” basement of Uno Chicago Grill and watching the events on TV with dozens of other Cambridge residents. “We decided not to close [the Harvard Bookstore] because we thought that people would want places to go and for things to seem as normal as possible. Many people came in and they really did seem to want a place to be with other people and try to get news.” Numerous buildings in neighboring Boston were evacuated and Logan Airport, the source of two of the four doomed flights, was immediately shut down for further investigation.

Anxieties about future security breaches abounded; as Horne recalls, “everyone on the street and in the store was wondering ‘will there be more?’” Ashwell remembers that as students gathered on Tercentenary Theatre for an address from Summers and the late Reverend Peter J. Gomes, “we heard a plane fly overhead…everyone was wondering if this was a plane coming down on Harvard Yard.” Across the country, Harvard alumni with friends in downtown New York bombarded alumni email lists for news of their former classmates.

Some students immediately felt a need to provide whatever assistance they could. Esther Tian grabbed a water jug from her room, and with her roommate, set up a collection stand in front of Annenberg with some help from other students in her entryway. PBHA took notice of the collection, and in conjunction with Tian, spread the donation efforts to all of the upperclassman Houses. Reflecting on the outpouring of student support, Tian feels that the tragedy “really brought people together in this sort of shared experience and obviously it was a life-altering experience in many ways. It was very profound in that we knew we were witnessing history.” By and large, however, the students remained at a mental standstill.

The question subsequently arose as to whether or not the first day of classes would proceed the following day as planned. Some felt that one of the best ways to cope with the attacks would be to return to business as usual. Although he had originally been opposed to keeping registration day open, Summers believed that “engaging in regular rituals would be more comforting for people. Primarily, it was a determination not to allow this to induce any more paralysis than was necessary.” While the school ultimately decided to hold classes on September 12th as scheduled, many students still believed that a 24-hour pause was simply not enough time to process the previous day’s events. “Everything just kept going; life continued on. The first day of classes was the next day, so there wasn’t a whole lot of time to process it,” Pasternack says. Like many professional athletics teams, Harvard put all of its scheduled weekend games on hold.

For the following week, students congregated on repeat occasions to mourn those who had died in the attacks. That night, nearly 3,000 students gathered on Tercentenary Theatre in silence to reflect on the day’s events. One of the most moving moments of the entire week took place a few days later on Friday night, as hundreds of students gathered with candles for nighttime vigils at University Hall and the Eliot House courtyard. Surrounded by their fellow classmates, students broke into song, including “The Star Spangled Banner,” “My Country, ’Tis of Thee,” and “Amazing Grace.”

In the wake of the attacks, members of the community soon began to notice changes around campus and the surrounding Boston area. With the school’s widely diverse student body, members of the Muslim and Middle Eastern community on campus worried about potential backlash. However, some students, such as Ronen Mukamel ’05, whose family consisted of Iraqi Jews transplanted to Israel, noticed more gradual changes, rather than an immediate shift. “My last name is Arabic…I feel like that reaction was not immediate. That was something that took time for me to formulate and understand how it had affected me, Israel, and my family.” After Logan Airport reopened, students took note of the increased security measures. “I remember in a lot of ways, the city changed dramatically after that…you’d see people with automatic weapons at the airport for the first time,” Ashwell remembers. One month later, during the preparations for Summers’ inauguration as President of the school, the question arose as to whether or not all attendees would be required to walk through security scanners similar to those at the airport. Summers remained firmly against the idea, saying, “It was very important that we not become a garrison state.”

The attacks of September 11 ultimately set a peculiar tone for the new school year. Professor Summers recalls that “[the freshman class] was certainly a sober group.” Looking back, alumni from that year’s freshman class perceive their post-9/11 experiences with differing opinions. Esther Tian feels that “it definitely brought the community closer together.” On the other hand, Tim Wong feels that perhaps because of the shock of 9/11, the class of 2005 was “less willing to take risks once that initial shock came in…we were kind of held back and reserved.” Pasternack agrees, saying that “this was a pretty formative moment for a class that was in a pretty formative moment already. It’s the beginning of college, and then the world changes.”

Alumni such as Ashwell and Pasternack remarked that they could not believe 10 years had gone by; their memories of that day remained vividly clear.