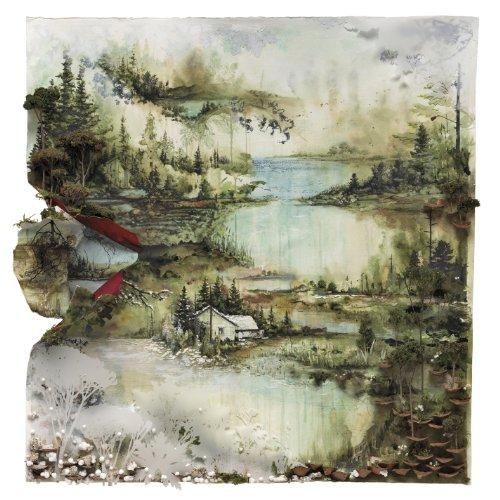 What do Jay-Z, Beyonce, and Justin Vernon, leader of Bon Iver, all have in common? All of them have collaborated with Kanye West and have a penchant for crafting extensive self-mythologies. Until recently, Vernon seemed destined to remain an indie favorite. However, after being featured last year on West’s “My Beautiful Dark Twisted Fantasy,” and again on “Watch the Throne,” Vernon’s career has taken a sharp turn towards the mainstream. Fortunately, this dose of the limelight has altered only the superficial trappings of Vernon’s sound while leaving intact the raw emotion, lyrical inventiveness, and musical skill that made him so appealing in the first place.

One of the most immediately recognizable shifts in Bon Iver’s sound is the open embrace of modern musical technology that was largely absent on the band’s debut. The songwriting on “For Emma, Forever Ago,” focused primarily on quiet, acoustic folk arrangements. His most recent release, “Bon Iver,” expands Vernon’s compelling sonic palette by adding horns, synths, and pretty much everything in between. Moody album opener “Perth” begins with military drum flourishes and evolves into a sprawling, somber march accented with brassy horn riffs. The album closer “Beth/Rest” opens like a melodramatic 80s synth ballad until Vernon’s mangled vocal track takes over. Despite his rampant adventurousness, though, Vernon manages to retain an indefinable yet instantly recognizable sound.

The artist has also clearly been inspired by his experiences with Kanye West, especially with regard to his vocals. Taking a few cues from his collaborator, he runs his falsetto through a number of alterations and tuning mechanisms. At times, in songs such as “Michicant” and “Hinnom, TX,” it can be difficult to tell whether his voice is pitch-perfect or has been thoroughly Auto-Tuned. On earlier songs, his raw, vulnerable falsetto contributed to the intimacy of his songwriting, but on “Bon Iver,” his pristinely modified vocals create a sense of ghostly, glacial detachment. It’s certainly a different approach, but fortunately it doesn’t sacrifice any of the songwriting’s emotional power.

Some things remain unchanged: Vernon’s lyrics are still just as moody, reflective, and sorrowful as ever. On the album’s finest track, the ethereal “Holocene,” Vernon muses, “Someway baby, it’s a part of me, apart from me ... And at once I knew I was not magnificent / Strayed above the highway aisle / I could see for miles,” over a lilting steel-string guitar. Vernon has a gift for abstract and poetic lyrics that generally touch upon themes of heartbreak, nostalgia, and coming to grips with adulthood. He most frequently employs language involving nature and the human figure, often switching quickly between the two, as in “Towers,” when he sings, “From the faun forever gone / In the towers of your honeycomb / I’d have tore your hair out just to climb back darling.” The abstruseness of his lyrics allows the listener to become lost in the sonic textures that Vernon and his band create.

Vernon remains an artist very much committed to the notion of a record as a cohesive piece of work, but at times “Bon Iver” is almost too unified. The songs bleed into each other with little or no transition, often picking up with the same melodic ideas as the previous track. To some extent, in a digital era in which many popular artists release albums with marketable singles sandwiched between filler, it’s refreshing to see a band that still values consistency across an album. On the other hand, while the band’s earlier work balanced introspective songwriting with memorable hooks, the tracks on “Bon Iver” are largely devoid of catchy melodies. Hardly any of the songs follow traditional verse-chorus structures; in fact, the album would much more accurately be described as a collection of soundscapes. The appropriately titled “Wash.” plays more like timid background music rather than a fully developed musical idea. The album might have been better served with a few more songs like first single “Calgary,” which starts as a somber ballad and goes on to erupt with driving guitars, pounding drums, and considerably more energy than the whole of the album’s middle portion.

As “Bon Iver” and its surrounding hype have clearly demonstrated, Justin Vernon is no longer a struggling folk singer camping out in the woods of Wisconsin. He has become a sought-after collaborator, critical darling, and college rock staple, and his latest proves he merits the attention. While it may not have any one song as memorable as “Skinny Love” or “Re: Stacks,” “Bon Iver” is nonetheless one of the year’s most impressive and moving records.