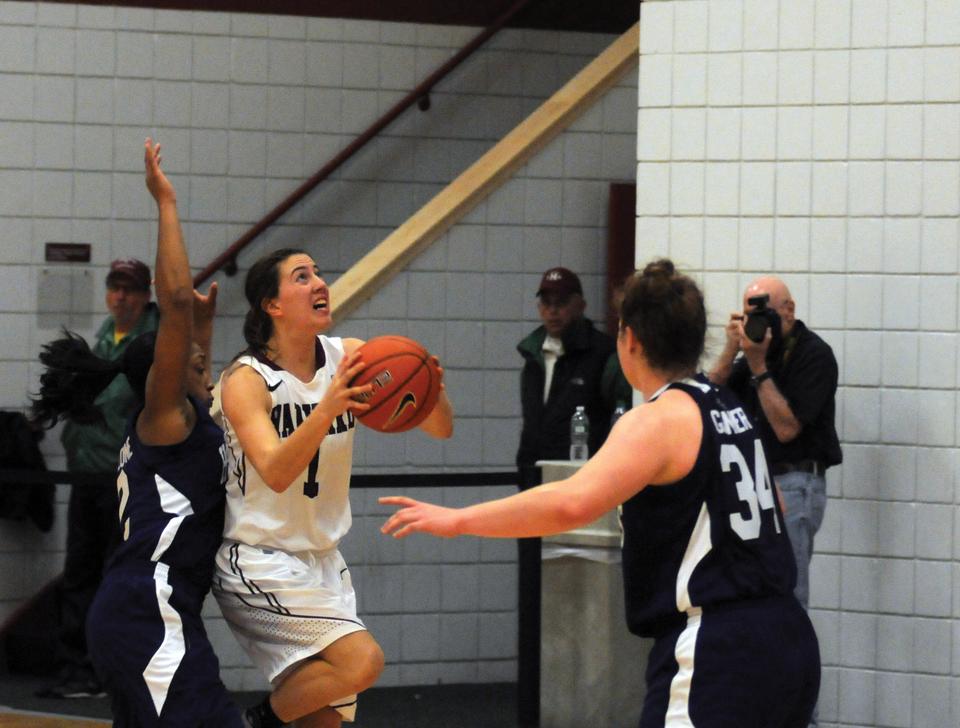 Although the Harvard women’s basketball team already played its first Ivy League game of the year against Dartmouth on Jan. 14, this weekend marks the official opening weekend of Ancient Eight play. For the Crimson (8-7, 1-0 Ivy), who face Yale (9-7, 1-1) on Friday and Brown on Sunday (10-6, 1-1), it couldn’t come any faster.

“We’ve been anticipating this basically all year since we got here in September, so our excitement levels are definitely up,” co-captain Brogan Berry said. “There’s been a lot of waiting time, so we all just want to get it going.”

Especially for this year’s Harvard lineup, ranked second in the league thus far, every game is critical if the squad wants to stay within striking distance of Princeton, a team already 3-0 in Ivy play.

After coming off of a sluggish start against North Dakota on Jan. 17 and a near comeback that resulted in a 60-57 win for the Fighting Sioux, the Crimson is ready to tackle the Ivy season with more energy than ever before.

“Our consistency is something we’ve lacked a little bit throughout the entire year, and it comes from consistency on defense, especially,” Berry said. “Just keeping the intensity high for all 40 minutes, whether it’s getting all the loose balls or going up to the rebounds, we need to stay consistent and keep that energy high.”

Unlike Dartmouth, who came into its matchup with Harvard riding a 10-game losing streak, Yale arrives at Lavietes Pavilion on the heels of a tough double-header versus Brown last weekend. In the first contest, the Bulldogs soundly beat the Bears, 75-65, before losing later in the day, 60-55.

Ranked second and third, respectively, in this year’s Ivy League preseason poll, Harvard and Yale promise to showcase an athletically and emotionally tough game. The Crimson brings to the court a desire for payback after losing both games to Yale last year, 73-70 and 78-65. It was the second time since 1985 and the first time since 1993 that the Bulldogs had swept the Crimson.

“You always have this innate rivalry between Yale, whether on campus or through the basketball programs, but personally losing to them twice last year was a huge disappointment,” Berry said. “Getting back at them this year is another chance for us to not only take down one of our biggest rivals but also take down a team we don’t have the best history with.”

But Harvard’s retribution will first have to face Yale freshman guard Sarah Halejian, an underestimated offensive threat who has held the Ivy League Rookie of the Week title for the past three weeks with 8.9 points per game.

Brown, too, has an Ivy League Player of the Week who the Crimson will have to handle: sophomore guard Lauren Clarke, who in the past two games has made six-of-nine three-pointers and every free throw attempt.

To challenge both squads, Harvard will turn to its top three players this season—Berry, junior forward Victoria Lippert, and sophomore guard Christine Clark—as well as the depth of its bench that includes newly healed sophomores Missy Mullins and Elise Gordon.

Berry, who has recorded 12.7 points per game, is on target to push past Crimson legend Emily Tay on Harvard’s career scoring list. With 1,262 points so far, Berry needs one more to move up to 9th overall.

“It’s unreal because when I was a freshman, [Tay] was the golden child,” Berry said. “She could do everything and anything, score any way, so it’s unreal. Looking through the list of great alumni, that I’m even considered an equal…maybe after my career I’ll look back and say ‘Wow, you did some cool things,’ but as of right now I just try to keep that as far as possible and focus on our team goal.”

This weekend’s team goal focuses on defense, rebounding, and continuing the Crimson’s streak of victory at home, having won seven of the past eight Ivy contests at Lavietes.

“That’s how you win in the Ivy League—everyone is so tough,” Berry added. “We can score points. That’s never a problem for us. But if we can really buckle down on defense and rebounding, consistent for 40 minutes, I think that’s what will get us over the edge and get us a championship.”