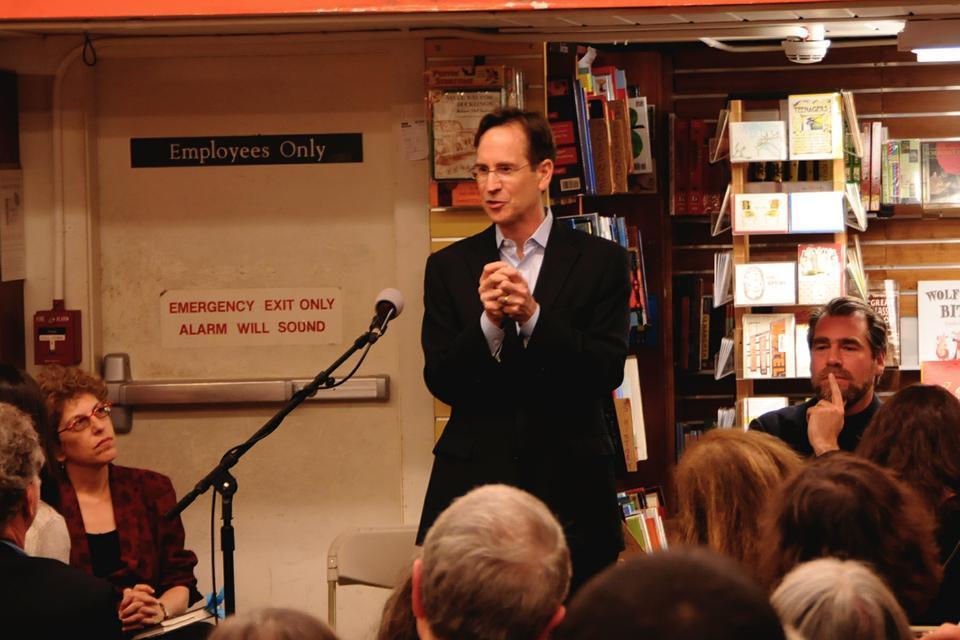 Journalist Anthony Shadid’s courage, precision, and empathy for his subjects made him one of the most prominent and well-respected Middle East correspondents of his generation, colleagues said Tuesday at a memorial event at the Harvard Bookstore. Shadid died in February in Syria after suffering an asthma attack while reporting in the Middle East for The New York Times.

Shadid—a two-time Pulitzer Prize-winning journalist—worked as a foreign correspondent for the Associated Press, The Boston Globe, and The Washington Post. While reporting from the West Bank in 2002, he was shot in the shoulder.

Charles M. Sennott, the executive editor and vice president of GlobalPost, recalled that the journalist maintained his calm and professionalism even while injured.

“What amazed me on the telephone with Anthony, and he’s in terrible pain and sedated, was that every fact was lined up. Everything was precise,” Sennott said.

Noting that Shadid refused to be transferred from his hospital in Ramallah to a better facility out of fear that his Palestinian translator would be abandoned and imprisoned, Sennott said, “He was careful, but fearless.”

Philip F. Bennett ’81, the managing editor of Frontline who served as Shadid’s editor at The Washington Post, recalled a conversation with Shadid on the eve of the American invasion of Iraq in March 2003. During the call, Shadid told Bennett he was going to remain in country even as the Post withdrew its correspondents from Baghdad.

He recalled that Shadid told him, “I realize you might have to fire me, but I’m not leaving.”

Bennett said that Shadid’s focus on each individual as an integral part of the broader picture of current affairs was one of his greatest strengths as a journalist.

“What Anthony did in Iraq and elsewhere was he moved people from the margins of the story to the center of the story. He did something we all aspire to as journalists—he turned the ‘other’ into ‘us,’” Bennett said.

Shadid’s empathy for his subjects and his deep cultural, historical, and political knowledge of the region was due in part to his own musings on his identity as an American of Lebanese descent, said Susan D. Chira ’80, assistant managing editor for news at The New York Times and a former Crimson president.

For family friend Nayla Daly, who said she remembered Shadid as kind and down-to-earth, hearing from her friend’s colleagues from the field at the Harvard Book Store event was especially moving.

“It’s just amazing to see the power of journalism behind him,” she said.

“I think he has brought such a different face to what the Middle East is,” she continued. “It’s what American journalism needed.”