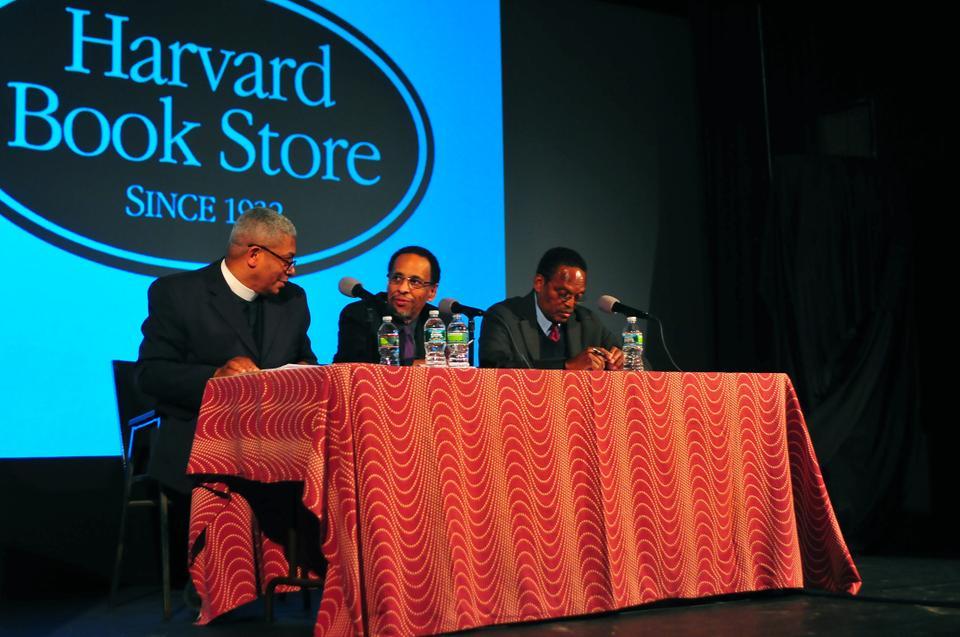 Professors Michael Dawson and William Julius Wilson and Reverend Eugene Rivers spoke at the Harvard Bookstore sponsored discussion on The Future of Black Politics at the Brattle Theatre on Wednesday evening.
By JOE B. LERER, Contributing Writer

Black political organizers should seek to address their causes to minorities of many ethnicities rather than focus only on the black community, Harvard professor William Julius Wilson argued during a panel discussion on black politics.

Wilson, a University Professor, said that public dialogue which emphasizes economic and social problems that affect broad swaths of society will ultimately strengthen the foundation of black mobilization.

Dawson pointed out that just as the black community needs supporters of other ethnicities, multiracial efforts must reach out to black leaders.

“A prerequisite for multiracial involvement,” Dawson said, “is first getting the participation of black people.”

Wilson and Dawson both said that a current tendency to present the black community’s problems as a matter of race alone is not conducive to successfully achieving black political goals.

“If leaders in the African-American community see these problems separate from those facing all Americans, they will be less likely to join other groups seeking economic and social reform,” Wilson said. “What I would like to see is black leaders join with other progressive groups and come up with the kind of legislation that would improve the conditions of many Americans.”

Wilson, who teaches African and African American Studies 115: “HBO’s The Wire and Its Contribution to Understanding Urban Inequality,” also commented on the transformation of America’s densely populated neighborhoods to abandoned zones, as depicted in the television series he teaches about.

“Inner-city neighborhoods suffer from a lack of social organization,” Wilson said. “They suffer from incredible joblessness—which fosters increased drug use and the breakup of families.”

The panelists also discussed President Barack Obama’s leadership, stressing what they deemed the overall success of his administration’s push for public charter schools despite charges that the schools are ineffective.

“Obama has gotten a lot of criticism because public charter schools challenge institutional entrenchment,” Wilson argued. “If you look at the charter schools of Boston and New York, they are incredibly successful. And these are schools that are made up predominately of underprivileged African Americans.”