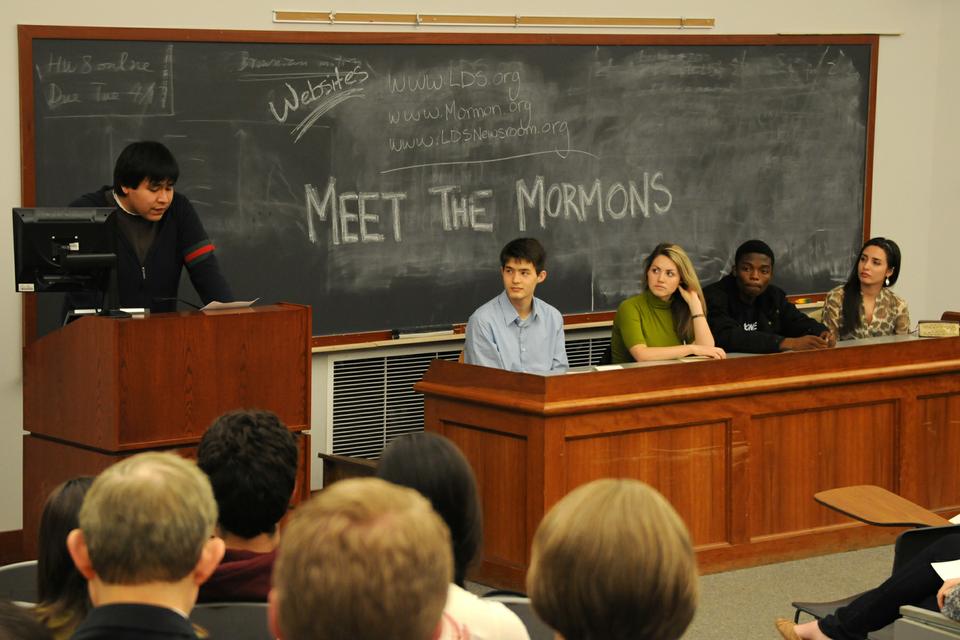 Curious students of various religious backgrounds gathered to learn and ask questions about Mormonism in the annual “Meet the Mormons” event in Harvard Hall on Tuesday.

Hosted by the Harvard Latter-Day Saint Student Association, the event aimed to provide members of the Harvard community with information about the Mormon faith, including a history of the religion and an explanation of the central beliefs. Copies of the Book of Mormon and other Mormon literature were also made available to attendees.

Members of the audience directed a number of questions to a panel of four Mormon students about topics including the content of the Book of Mormon, Mormon attitudes toward homosexuality, and the Mormon conception of heaven.

Ruth B. Pimentel ’12, former president of the Harvard Latter-Day Saint Student Organization, estimated that about 30 non-members attended the event.

“I was really impressed by the questions that were asked. They were insightful,” said Philip M. Ngo ’14, one of the event’s panelists.

But some members of the audience said that questions still remain about Mormon practices.

“I was expecting more of an explanation of how their doctrine was different from the traditional Christian doctrine,” Bryan H. Padilla ’15 said.

Padilla and Richard A. Lopez ’15, members of Harvard College Faith and Action, noted that they were interested in understanding the differences between Mormonism and traditional Christianity.

“We wanted to come and just learn more about what Mormonism is, so we could talk with people about it on an intellectual basis” Lopez said.

—Staff writer Aisling H. Crane can be reached at acrane@college.harvard.edu.