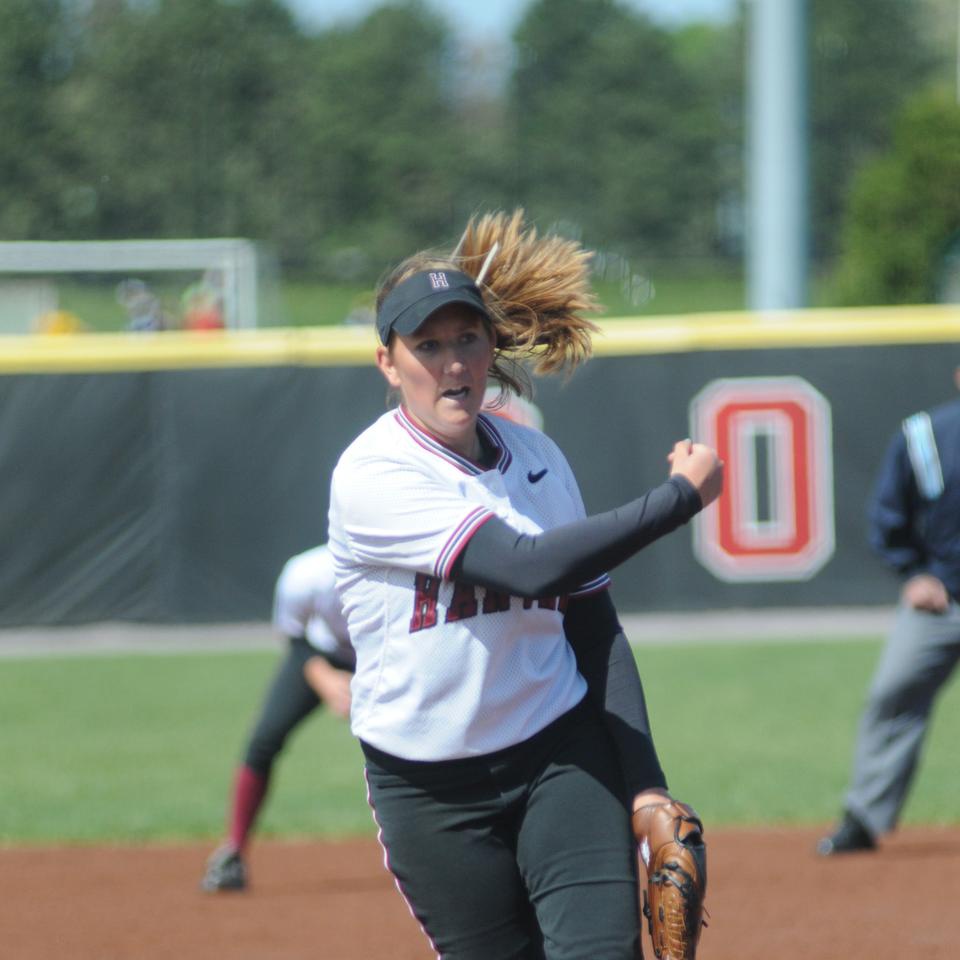 Co-captain Rachel Brown was named the Ivy League Pitcher of the Year after leading the Ancient Eight in opposing average, ERA, and strikeouts. By Emily C. Wong
By Marlee Melendy, Crimson Staff Writer

In her final season for the Crimson, Rachel Brown went out with a bang.

The right-handed hurler capped off an already stellar career with another standout performance in her fourth and final year on the Harvard softball team.

Brown lived up to her title as the 2011 Ivy League Pitcher of the Year, earning the distinction again in 2012 and finishing with a 19-5 record in the regular season.

The strikeout queen was also selected as the Ivy League Pitcher of the Week for five of the nine weeks in which the award was given.

“This year was the best I’ve seen her mentally,“ Harvard coach Jenny Allard says. “A lot of teams were gunning for her; they felt like it was their year to try to get to her, but I think she handled that pressure well. She was really a great leader in the circle.”

In the Ivy League Championship Series, Brown blanked the Penn offense in Game 1 and completed a perfect two-inning save in Game 2, helping the Crimson to its second consecutive conference title. Brown allowed just four hits in those nine innings pitched.

“Rachel single-handedly keeps us in so many games because she can limit the opponent’s offense to such a degree,“ Allard says. “When we know Rachel can shut a team out, our offense has a real chance to win the game. That has been a huge factor in our success.”

The .152 opposing batting average and 1.34 ERA are both career bests for the righty, and the former sets a new all-time record for the Harvard softball program.

Coming into this season, Brown already held the school record in ten of the 27 all-time pitching categories. With the addition of this year’s numbers, the star hurler will break into the top spot for several other career categories, including shutouts (24), innings pitched (660.6), games started (92), and wins (72).

“I feel comfortable saying that Rachel Brown is the most talented pitcher Harvard softball has had in terms of four years of cumulative success,” Allard says. “I’ve had a lot of pitchers who have been dominant in the conference but to go beyond the conference and win is a pretty elite.”