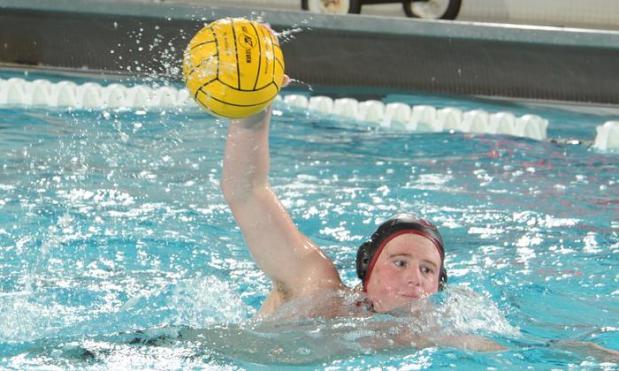 For the last three seasons, the Harvard men’s water polo team had missed out on the CWPA Eastern Championship. The season-ending tournament had been just out of reach for this year’s senior class, but they were determined to make this year different.

After a nail-biting, 11-10 overtime win against MIT in the first round of the CWPA Northern Division tournament, that goal was finally realized.

“I think it was the guys really working hard all season,” Crimson coach Ted Minnis says. “They stayed focused on the goal. When we had some losses early in the year, we didn’t dwell on it. They stayed persistent with [their] work ethic.”

“[The 2010] season wasn’t as successful as we’d hoped for,” co-captain Kevin DiSilvestro says. “But this year, everyone came in from the summer in the best shape they’d been in, and everybody was completely focused.”

The Crimson kicked off the 2011 campaign with a pair of matchups at the MIT Invitational in Cambridge, taking down the hometown rival Engineers before falling to No. 18 Cal Baptist. Harvard’s senior goaltender Alexandre Popp recorded 13 saves in the latter game, but the Lancers’ offense prevailed to get the win.

Popp and the rest of the senior class, motivated by the goal of making it to Easterns, led the Crimson throughout the year. Popp had a season total of 244 saves, while co-captains DiSilvestro and Luka Babic contributed a combined 55 goals. Classmates Mike Katzer and Evan Zepfel, who is also an inactive Crimson sports editor, added 24 and 14 more, respectively.

Following the MIT Invitational, Harvard continued the season with trips south to the Princeton Invitational and the North-South Tournament, in Annapolis, Md., where the Crimson picked up three wins and four losses in a seven-game stretch against conference opponents.

One of Harvard’s wins came in an overtime thriller against George Washington in which the Crimson built up an 11-6 lead only to see it dwindle as the Colonials went on a 6-1 run in the final period to put the game into overtime.

But junior Max Eliot, a member of the All-CWPA Second Team and Harvard’s leading scorer with 44 goals on the year, put in a game-winner in the second overtime period to secure the win, 13-12.

After narrowly falling, 10-8, to Navy in the last game of the North-South Tournament, the Crimson went on a six-game losing skid. But Harvard finally put an end to the streak when it beat conference foe Connecticut College, 16-7, in the Crimson’s first stretch of home games at Blodgett Pool.

Rookie Evan Ramsey led Harvard with five goals, three assists, and two steals in the game, part of the impressive season that earned him a spot on the All-CWPA Northern Division Second Team along with Eliot.

But while it found some success against conference opponents, Harvard came up empty when it made its annual midseason trip to the West Coast to face off against five nationally ranked California teams in three days.

“That roadtrip is always really fun because most of the guys on the team are from California,” DiSilvestro says. “It was just great to see that we could play with teams that were ranked much higher than us, and then it was awesome to be able to look up into the stands and see a bunch of family and friends in Harvard gear.”

The trip’s highlight came as the Crimson got its chance at redemption against Cal Baptist in the first matchup of the roadtrip.