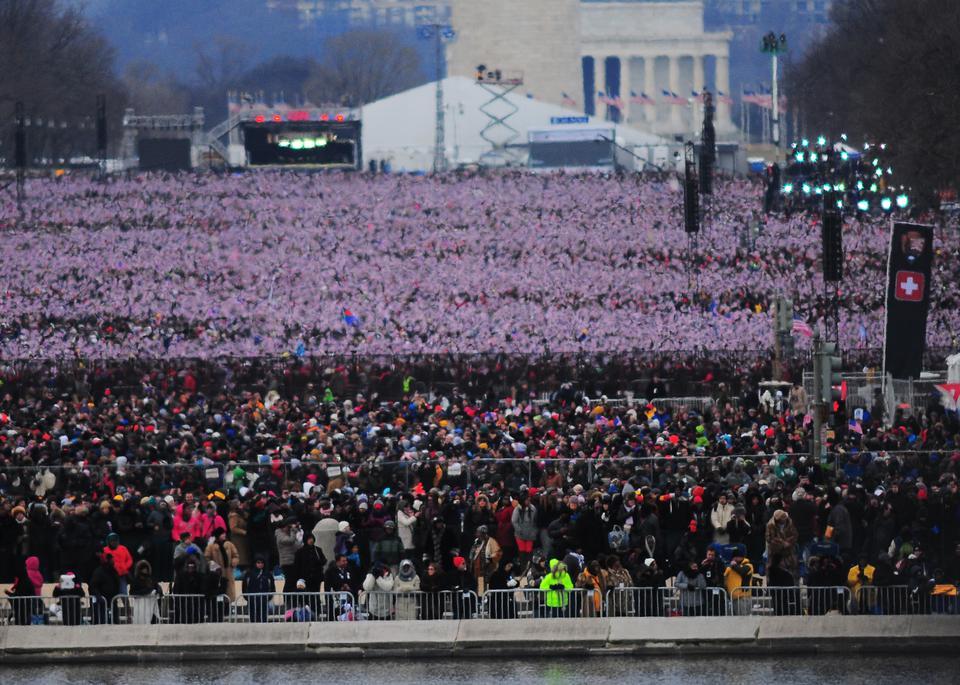 WASHINGTON, D.C.—Harvard students descended on the nation’s capital this past weekend for the second inauguration of President Barack Obama, braving freezing temperatures for the swearing-in ceremony, waiting in lines that wrapped around city corners for the inaugural balls, and pushing through thousands of people to witness the inaugural parade.

Despite a crowd that early estimates placed at close to a million people in size, Harvard students still managed find each other among the masses.

Katie G. Walsh ’14, who attended the group with several friends from Harvard, said that while waiting in line for the swearing-in ceremony she turned around only to see another Harvard student who, like her, is involved in the Institute of Politics.

Julia B. Konrad ’13 said that although she worked in Washington this past summer, a large part of what prompted her to attend the inauguration were her political experiences at Harvard, where she formerly served as vice president of the IOP and was active in the Harvard Democrats.

The 2012 campaign, which resulted in the election of a U.S. president that she felt strongly about, was the first that she felt very much a part of, Konrad said.

“I think a lot of that came from the IOP and the Harvard Democrats and being around other Harvard students,” said Konrad. “For me, my Harvard experience is very wrapped up in my political experiences and my campaign experiences.”

Konrad watched the swearing-in ceremony from a location close to the Washington Monument, at the very end of a crowd that stretched from the steps of the Capitol building. Although the ceremony went by generally without a hitch, only minutes into Obama’s inaugural address, the Jumbotron near Konrad and her group of Harvard friends broke.

Despite the technical difficulties and the distance, Konrad said she thought the amped-up atmosphere of Washington D.C. during inauguration weekend was excitement enough.

“It’s very, very rare that you have so many people gathered in one place with so much energy and enthusiasm about our political future,” Konrad said.

For many students, the highlight of inauguration weekend was Obama’s inaugural address, a nearly 20-minute speech that throughout prompted approving cries from onlookers and by its end left more than a few audience members teary-eyed.

Charles A. Hobbs ’13, who attended both of Obama’s inaugural ceremonies, said he thought this year’s address was “a different type of speech” than the one the president gave in 2009.

“I was excited to hear the president come out strong on issues like equal rights for gays and lesbians and climate change,” Hobbs said.

“Certainly these are issues that I believe are important for our country... and it was exciting for me to see that they aren’t things that he’s given up on in his second term.”