Lobos Poised To Break Through To Sweet Sixteen 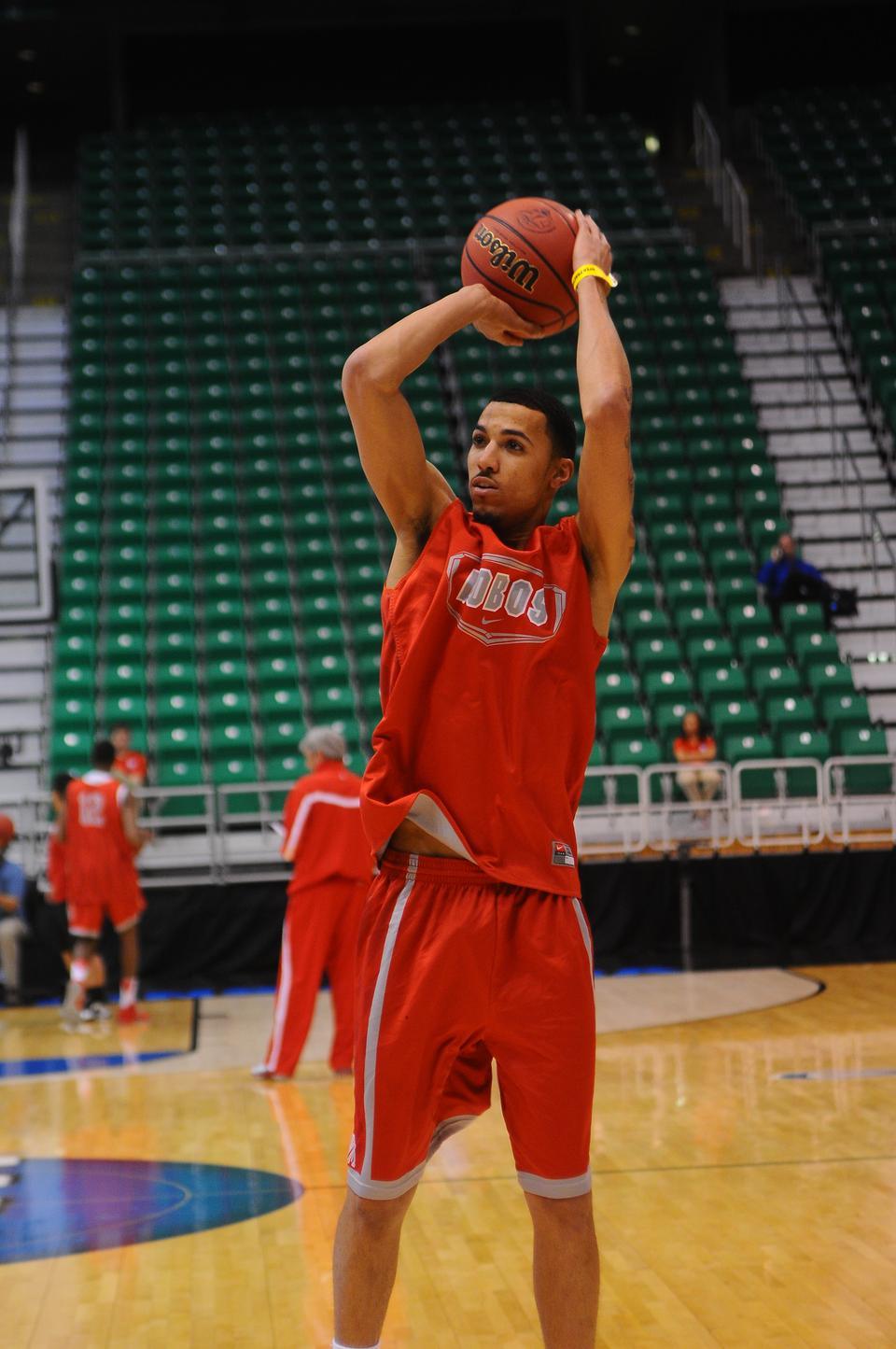 SALT LAKE CITY—The University of New Mexico Lobos are back in the NCAA tournament for the second straight season, but this year seems to be different.

Sure, the Lobos are once again coming off a sweep of the Mountain West regular season and tournament championships. But—unlike in previous years—New Mexico seems to be getting recognition for its success.

According to head coach Steve Alford, that hasn’t always been the case.

“When you look at it three, four years ago when we were in the NCAA tournament, I don’t think anybody even knew about us, and we were [29-4] that year,” said Alford on Wednesday, a day before his team’s matchup with the Harvard men’s basketball team in the second round of the tournament.

With each victory this season, the Lobos seemed to inch further into the spotlight. New Mexico earned non-conference wins over Connecticut, USC, and Cincinnati and closed the season on a 9-1 run.

After opening the season outside the Top 25, the Lobos head into the postseason ranked No. 10 in the nation.

“Now there is more attention, and there is more momentum there,” said Alford, whose team was awarded a No. 3 seed, giving them the highest seed of any team from outside a Power Six conference aside from No. 1 Gonzaga. “That’s good for us nationally, something that we have been thriving and striving to do in the last six years, and we’re seeing headway now.”

The Lobos still have more work to do as they enter the NCAA tournament for the third time in the past four seasons.

Despite playing in the tournament 13 times, New Mexico has yet to string together two consecutive wins. In 2010, the third-seeded Lobos topped Montana in their opener but fell in the next round to No. 11 Washington. Last season, New Mexico received a No. 5 seed and bested Long Beach State, but was stopped by Louisville in the following contest.

“We’re pleased with what we have done, but we have pretty much been playing the whole year for this tournament,” said New Mexico guard Kendall Williams, who was named the Mountain West Player of the Year. “It’s nice to kind of accomplish those championships along the way. But we feel like we’re just getting started.”

This year, the Lobos appear poised to break through to the Sweet 16, with some pundits labeling New Mexico a dark horse to reach the Final Four.

Even with such high expectations, New Mexico claims to be focused on its opener with the underdog Crimson.

“We’re going to take it game by game, starting with Harvard, and try to take a run just like everybody else is,” Williams said.

“They can score inside. They have great size. They have athleticism. They shoot the ball from the perimeter,” said Amaker, who matched up against Alford both as a player at Duke and as a coach at Michigan. “They can score with the best of teams.”

The Lobos boast three double-figure scorers and had all five starters named to all-conference teams. The group is led by Williams, who averages 13.5 points per game and was named to the Mountain West First Team, Alex Kirk (11.9 points, 7.9 rebounds) and Cameron Bairstow (9.6 points, 5.9 rebounds) anchor the team down low, while 6’7” guard Tony Snell provides 12.6 points per game.

“I think [Alford’s] one of those guys, too, that I’m not sure he’s gotten enough credit for the job that he’s done in every place that he’s been as a coach,” Amaker said. “But we recognize how good this team is.”