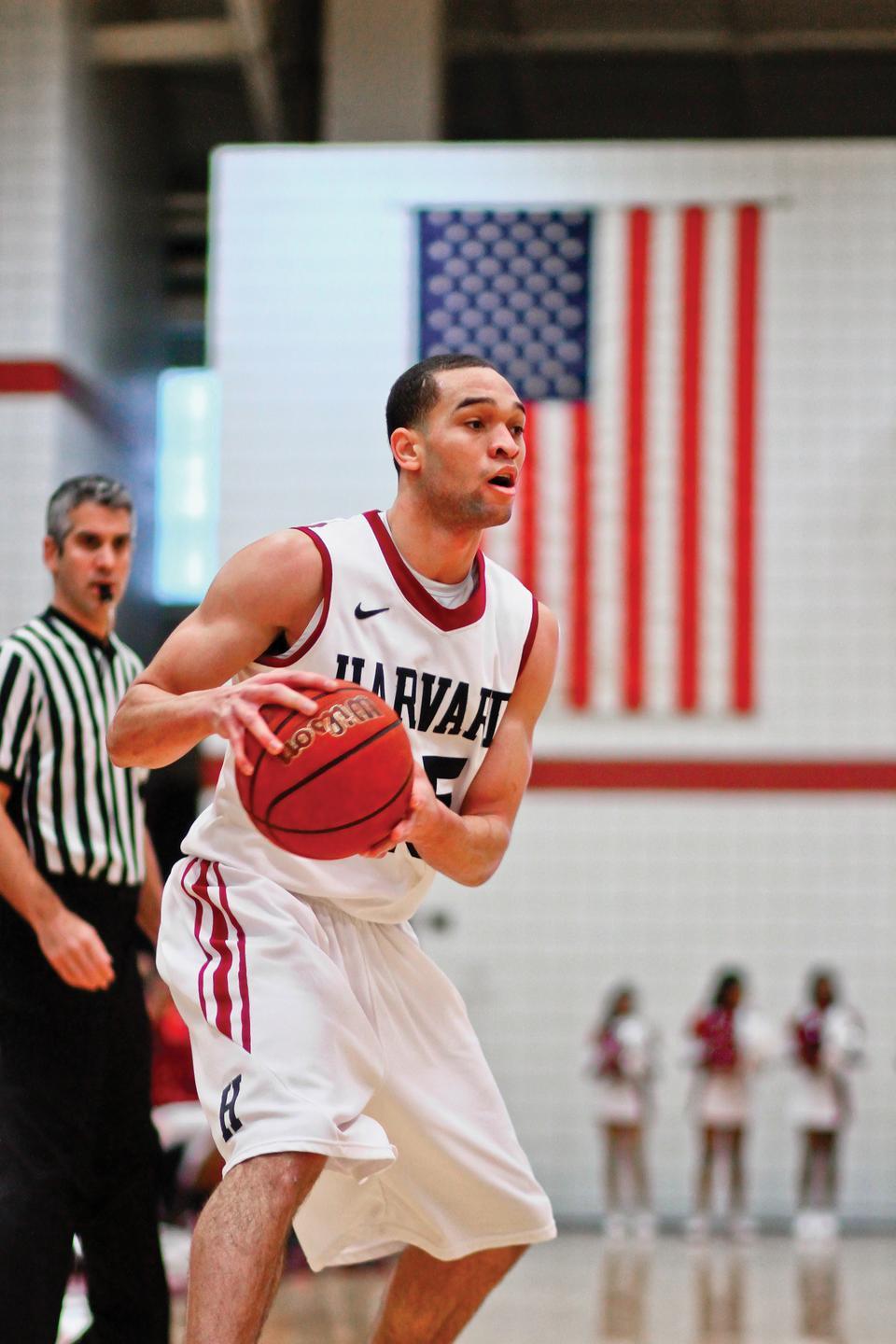 Senior Christian Webster of the Harvard men’s basketball them will travel to Cuba this summer with Full Court Peace, an organization dedicated to empowering youth through the creation of basketball teams.
By Martin Kessler, Crimson Staff Writer

With 2:51 remaining in the Harvard men’s basketball team’s third-round NCAA tournament matchup with the University of Arizona, senior Christian Webster launched a three-pointer from the right wing.

The shot clanged off the front of the rim. It didn’t matter—at least, not for the outcome of the game. The Crimson was trailing by 21. But the shot mattered to Webster.

But when Webster met with Amaker, the senior had a different attitude.

“The one thing I told him was that—with how well the season went this year and everything that we’ve accomplished and I’ve accomplished—I feel like I can be at peace with my basketball career,” Webster said.

In the weeks since the Crimson bowed out of the NCAA tournament, life has been different for Webster. The buzz surrounding the Crimson’s victory over the third-seeded University of New Mexico has died down. Fewer and fewer strangers are stopping him on the street. When his former teammates walk across the river to lift at Palmer Dixon, Webster stays on the Cambridge side of campus.

“It’s definitely really weird being without basketball in the springtime,” Webster said. “All the guys are heading down to their lifts and their workouts. I think it really hit me when they went to go work out and I didn’t. It was tough to deal with.”

But while Webster is transitioning out of one role, he seems to be fitting into another quite nicely.

“You look at that picture,” Webster said, referring to a team photo from his days playing in a Washington D.C. pee-wee league as a seven-year old, “and I’m the only one that I think is about to graduate from college right now.”

One of Webster’s former teammates in the picture was murdered. Another is in jail. The rest, Webster said, all dropped out before completing a degree.

That’s a fate Webster is now trying to help others avoid.

Since Harvard’s season came to a close, Webster has begun traveling to Boston-area schools, speaking about the importance of education.

“I’ve always been interested in education, and I love being around kids.” Webster said. “Education can open so many doors. It opened so many doors for me.”

As a kid growing up in Washington, D.C., Webster never imagined he would end up at Harvard. Until he was 14, Webster attended Deal Junior High School in the city.

He was planning on enrolling at a private school in D.C. until a family friend showed him the Landon School, in Bethesda, Md.

Webster applied, and soon he was traveling nearly an hour each morning from his home in D.C. to the small prep school.

“At first I was like ‘I cannot be here, I don’t know any of these people, they’re not from where I’m from,’” Webster recalled. “They were talking about things I didn’t even know about.”

But Webster’s parents, a social worker and an accountant, insisted he stay at the school, and soon enough he adjusted to his new environment.

“My parents were like, ‘You need to stay here; this is going to be good for you,’” Webster recalled. “I listened to them, so now I’m at Harvard. It all paid off.”

Webster hopes his story can serve as an inspiration.

“I feel like with my background in basketball I feel like I can maybe touch a kid or two and hopefully change their lives,” Webster said.

Along with seven other Americans, Webster and Evans will build a court in Alamar, Cuba, over the course of six days.

While playing professional basketball in Northern Ireland in 2007, Evans founded the organization with the goal of  “unit[ing], strengthen[ing] and educat[ing] local and global communities through the creation of youth basketball teams.”

Since then, Evans and his organization have regularly worked in Juarez, Mexico, Bridgeport, Conn., and—for the past four summers—Cuba.

“We’re so not political, and we just don’t care about all of the stuff associated with Cuba. We just go down to play basketball and to meet people. And there couldn’t be anyone better than Christian,” Evans said. “He’s always there for other people. It’s never about him.”

The annual trip concludes with a tournament between the Americans and Cuban teams. Despite bringing Division I talent with him each year, Evans and the Americans have yet to win a championship.

This summer, though, with Webster serving as the focal point of the offense, Evans believes that will change.

Webster was surprised to learn of Evans’ high expectations.

“I guess I got to start working out again,” he said.

After all that, it looks like shot No. 797 might not be Webster’s last after all. He’s got one more game left.