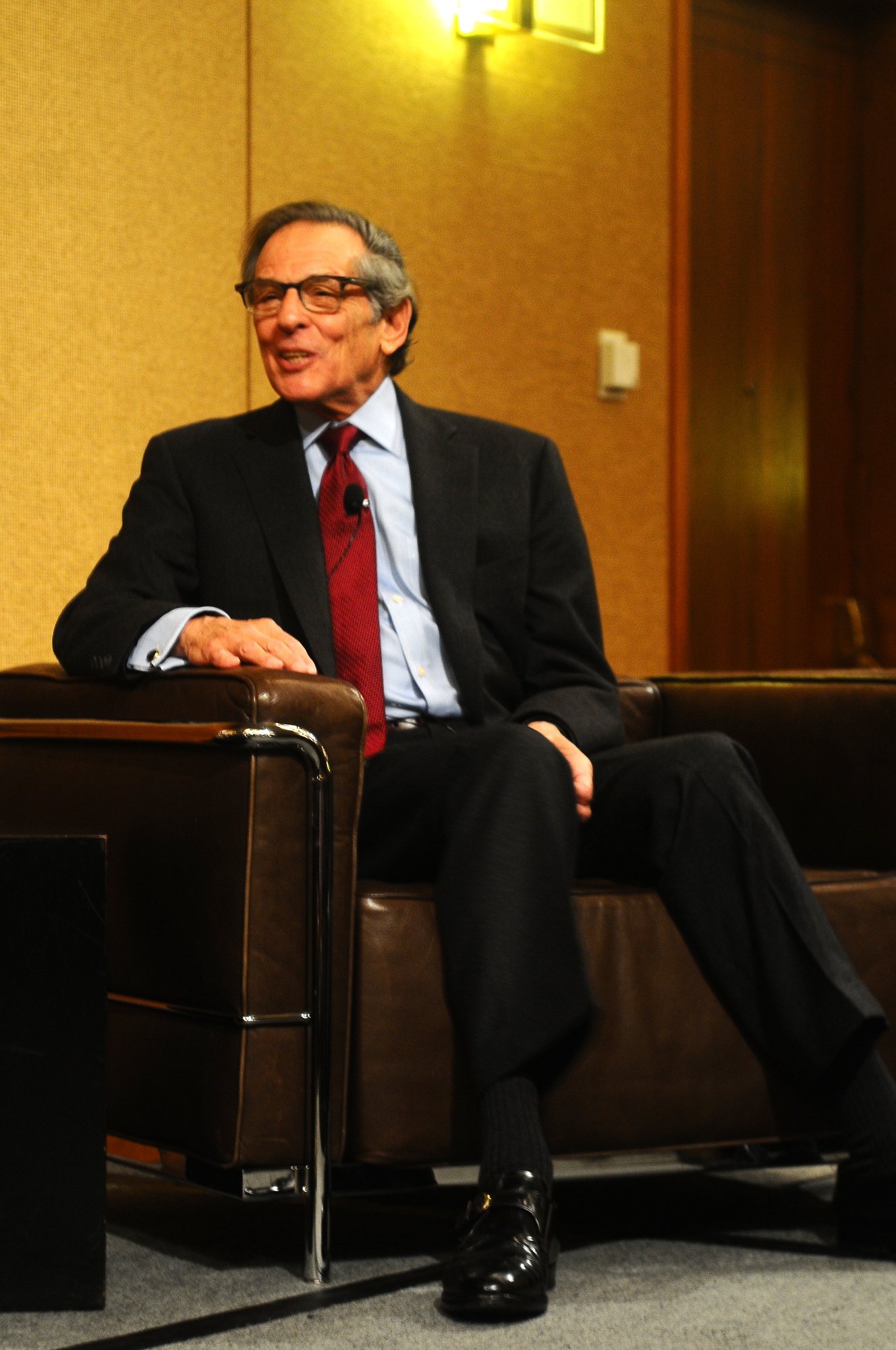 Robert A. Caro, a 1966 Nieman Fellow and an acclaimed biographer of Lyndon B. Johnson, described his decades-long journey of uncovering the former president’s life and political career in front of an audience of other Nieman Fellows on Saturday as part of the Nieman Foundation’s 75th anniversary celebration.

For his research, Caro said he moved to the Hill Country region of Texas to further understand Johnson’s upbringing and developed close relationships with the president’s family and acquaintances. The former president had a duality as an opportunist who “had a real problem with the truth” and a visionary who fought against poverty and race issues, Caro said.

More than 1,400 past fellows and Neiman affiliates from as early as 1963 came to Harvard from all over the world to celebrate foundation’s anniversary this weekend. The series of events included Soundings—a Nieman tradition where fellows share their journalistic backgrounds and experiences—and a presentation of the I.F. Stone Medal for Journalistic Independence to Jane Mayer of The New Yorker.

The events on Saturday began with “The 90-Minute Nieman,” during which Harvard and MIT faculty offered inspirational messages to the journalists.

“During our Nieman year, it’s a year of constant thought-provoking messages, but we don’t [usually] get this kind of thing,” said Geneva Overholser, a professor at the University of Southern California and a 1986 Nieman Fellow. “So all of us now, coming together, and getting to hear from these tremendous speakers, it’s been wonderful.”

Since its establishment in 1938, the Nieman Foundation has hosted over 1,300 fellows, including 102 Pulitzer Prize winners.

This reunion is “just a way for people to relive their Nieman year,” Ellen Tuttle, a spokesperson for the foundation, said.

Each year the foundation hosts 12 U.S. and 12 international journalists for a 10-month stay at Harvard to explore any topic of interest to them. During their time at Harvard, the fellows have access to classes, professors, seminars, and master classes. The foundation also hosts a few visiting fellows for a shorter period of time each year.

“The fellowship experience is very special and they create lifelong bonds … they are able to have those professional and personal connections around the world. That is why I think people want to come back and come to a big reunion like this,” Tuttle said.

James Geary, the foundation’s deputy curator and a 2012 fellow, said that he has experienced the benefits of getting to know other fellows.

“We’re there for each other around the world, wherever you are covering a story, you know you can get on the phone and talk to a Nieman Fellow who’s going to be nearby,” Geary said.

“When you need help or council, fellows are there for each other.”