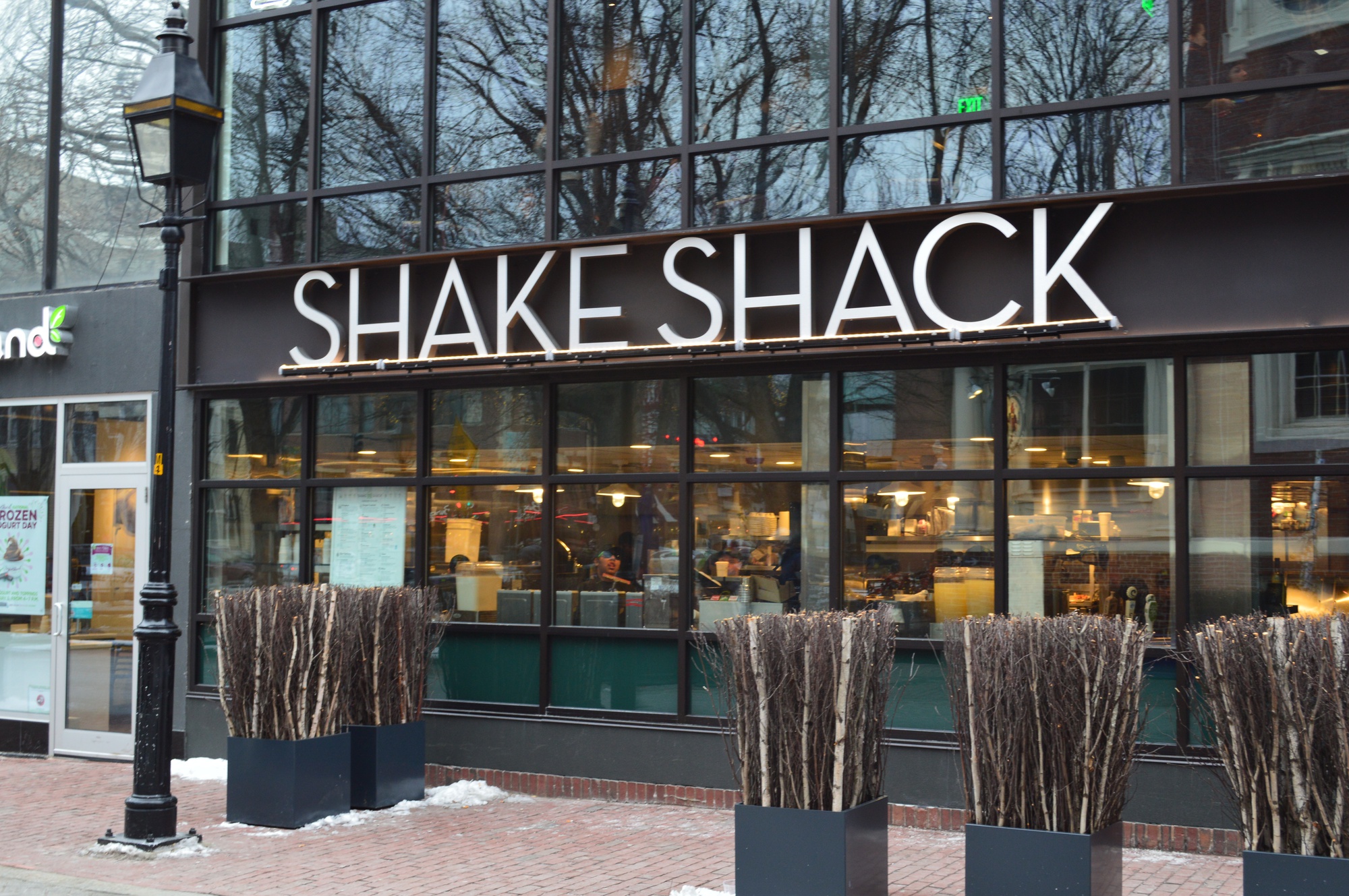 Shake Shack has attracted large numbers of students and locals since it arrived in Winthrop Square earlier in January.
By Ivan B. K. Levingston and Celeste M. Mendoza, Crimson Staff Writers 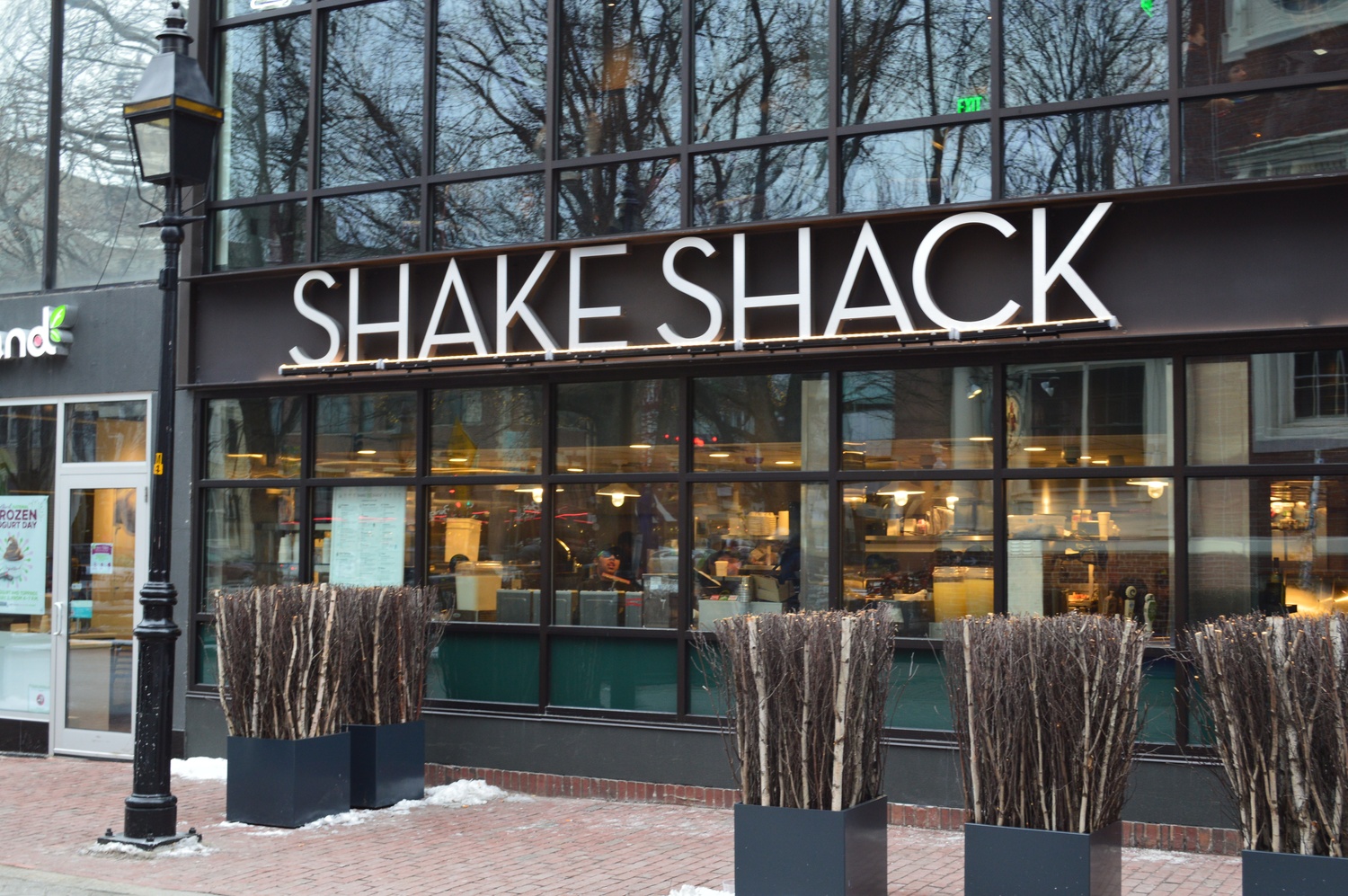 Shake Shack has attracted large numbers of students and locals since it arrived in Winthrop Square earlier in January. By Christopher J Magnani

Students returning to Harvard Square this week will encounter an altered dining scene as new restaurants have replaced several establishments shuttered in the past month.

Three Harvard Square institutions—Leo’s Place Diner, Tommy Doyle’s Irish Pub, and UpStairs on the Square—have closed their doors, a couple after over 30 years in service.

At the same time, the Square welcomed New York City-based burger and milkshake chain Shake Shack earlier this month, chocolate and candy shop Evelyn & Angel’s began constructing a cafe space at its Massachusetts Ave. location, and restaurant Alden and Harlow plans to open shop this week at 40 Brattle St. Evelyn & Angel’s should finish renovations by the end of January, according to owner Yalonda Howze.

Adding to the dining buzz are reports that Mike’s Pastry has begun the process to open a branch on 11 Dunster St. and plans for Felipe’s Taqueria to relocate and expand in a new location at 21 Brattle St. sometime this semester.

Though this wave of changes may be surprising to Cambridge diners, Harvard Square Business Association executive director Denise A. Jillson said that changes like these in the business landscape can be expected.

“The end of the year can be a logical time to end a business,” she said. “It’s always sad to see institutions like Leo’s close, but it’s always nice to have something new open in its place.”

Many of the restaurants that closed marked the end of several years of business in the Square. Leo’s Place shuttered at the end of December after almost 60 years as a mainstay establishment in the area. Similarly, Tommy Doyle’s shut down on Dec. 22 after nine years in Winthrop Square, and UpStairs in the Square followed suit on Dec. 31, following more than 30 years of service. 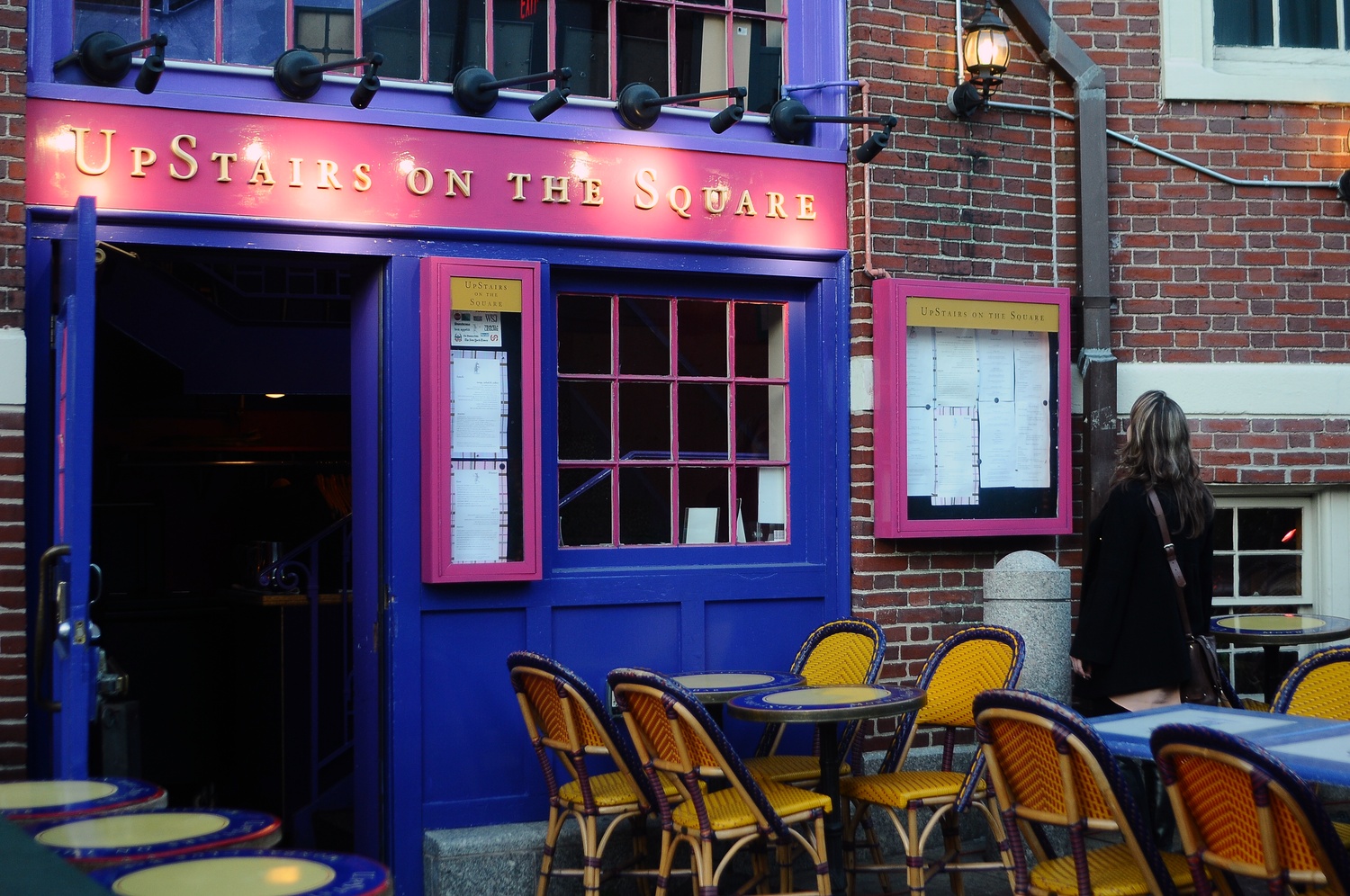 The upscale bar and restaurant Upstairs on the Square in Winthrop Square, which occupied its current location since 2002, recently closed. By Jessica C. Salley

The owners of Leo’s Place, brothers Raffi and Njteh Bezjian, thanked patrons over Facebook in December for their support over the past decades. The co-owners could not be reached for comment. There are not yet plans for a new eatery  in the JFK St. storefront.

The former site of Tommy Doyle’s has already been repurposed as the home of the Hasty Pudding Institute of 1770, and, according to Jillson, the space occupied by UpStairs in the Square will be used by a new restaurant named Parsnip.

Owners of newly established eateries in the Square have expressed hope about their Harvard Square locations.

Shake Shack CEO Randy Garutti said that he would like to see the Harvard Square location become a center for the Cambridge community. 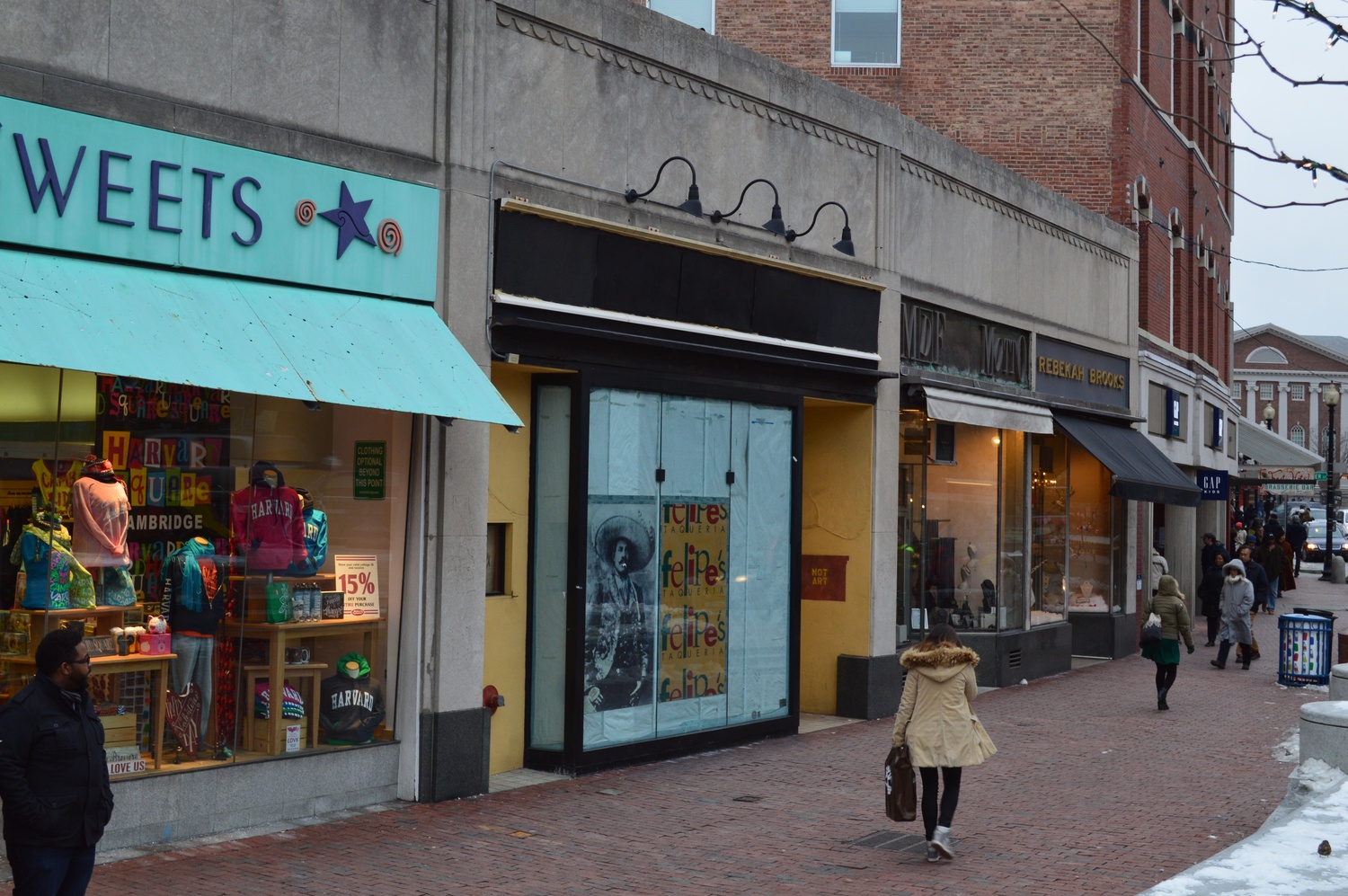 Felipe's will be moving from their current location in The Garage to the site formerly occupied by Bertucci's on Brattle Street. By Christopher J Magnani

The restaurant, located in Winthrop Square, has introduced several new menu options tailored to the Harvard community, including a Hasty Pudding milkshake and Crimson Red Velvet concrete, one of the chain’s signature custard shakes.

“Even though we do the core menu the same, we're constantly looking for ways to just be a part of that community,” Garutti said. “We want to be the ‘anti-chain’ chain.”

According to Garutti, the location has already experienced a high volume of customers as students return to Cambridge.

“Everyday has been busier and busier,” Garutti said.

—Staff writer Ivan B. K. Levingston can be reached at IvanLevingston@college.harvard.edu.

—Staff writer Celeste M. Mendoza can be reached at celestemendoza@college.harvard.edu.