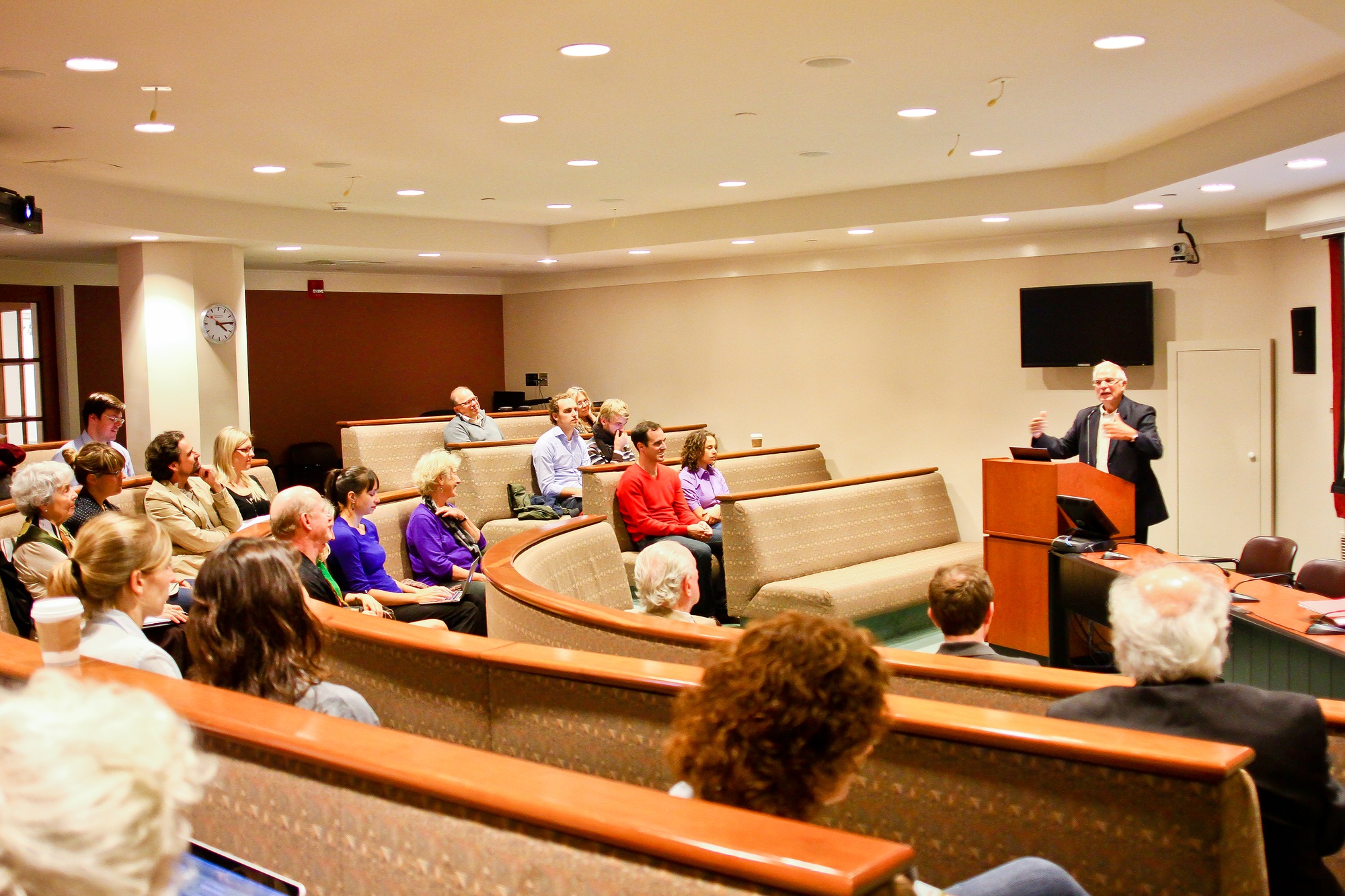 Josep Borrell, former president of the European Parliament, gave a lecture on the future of the European Union at the Center for European Studies on Tuesday afternoon.
By Caleb O. Shelburne, Contributing Writer

A core group of European countries should integrate their fiscal systems in order to respond effectively to the ongoing economic crisis, according to a former President of the European Parliament who spoke at Harvard Tuesday afternoon.

Josep Borrell Fontelles of Spain, who served as President of the European Parliament from 2004 to 2007 and is currently a professor at the Complutense University in Madrid, discussed the future of the European Union during an event at the Harvard Center for European Studies.

Citing graphs that compared EU and US growth rates and public debts, Borrell said “Five years [after the 2008 recession] the American economy has recovered, [but] the European economy is falling apart.” 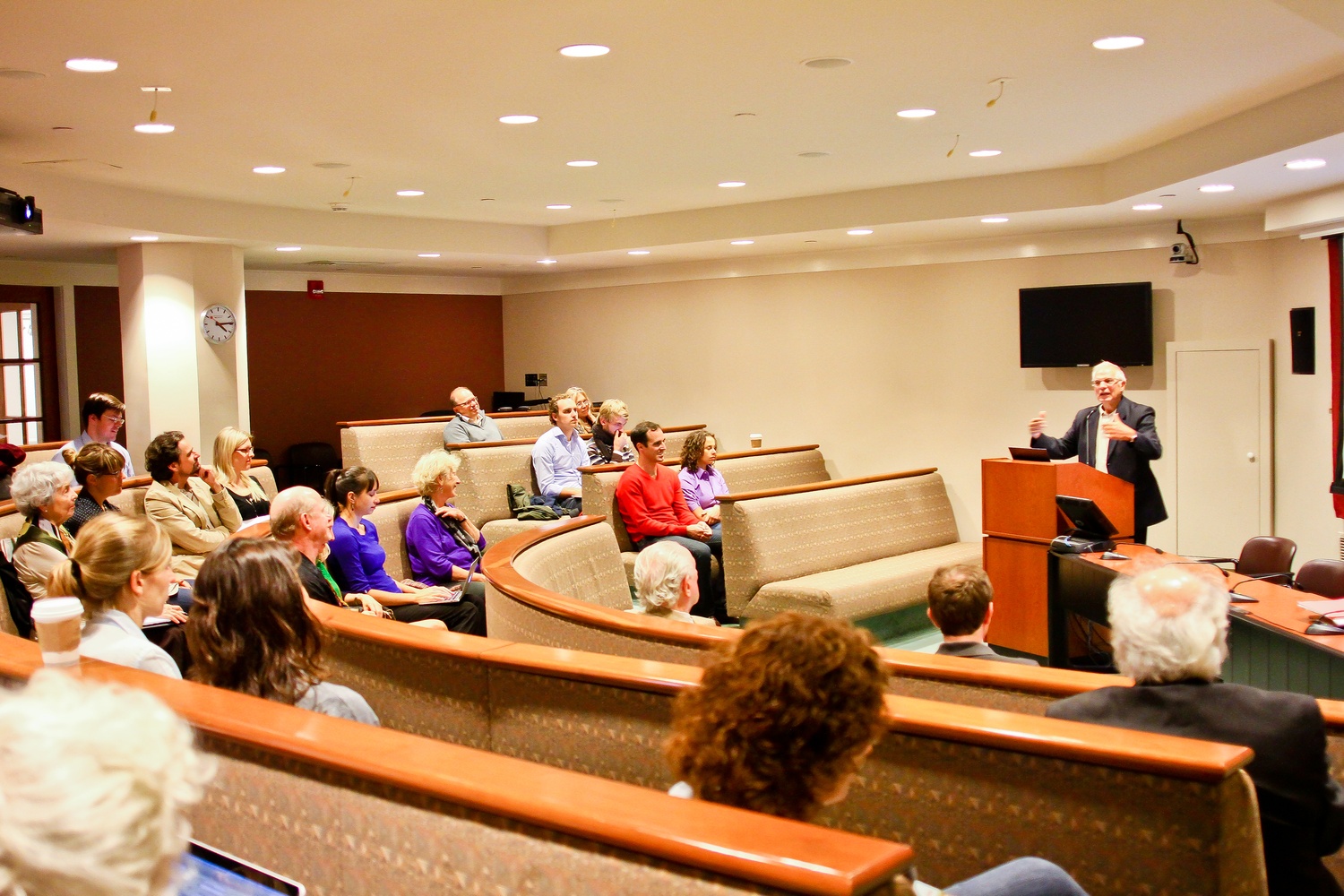 Josep Borrell, former president of the European Parliament, gave a lecture on the future of the European Union at the Center for European Studies on Tuesday afternoon. By Shunella Grace Lumas

In explaining this disparity, Borrell identified what he calls a structural flaw in the EU: while there is a common currency, the euro, there is no international governing body that determines fiscal strategies for the member-states, leading to inconsistencies in monetary policy.

“We are fighting each other in a kind of labor and fiscal fight… because we can have different fiscal and social rules within the same common market,” he said.

Borrell contrasted this with the American federal government, which he said has been able to modify fiscal policy in order to implement the necessary response to the recession.

“We are in a trap…. It is clear that we are too diverse, too different; we don’t share the same willingness to build a complete [federal] union,” he said, referencing the difficulties he faced in coordinating the 28 member states during his time as President of the European Parliament.

The solution, according to Borrell, is for a small group of member-states to form an “avant-garde” federation with the ability to create a federation-wide tax policy and unemployment insurance system, among other powers. With a unified fiscal system he believes that these states would be able to compete in the global economy and respond effectively to future crises.

Colleen E. Driscoll, a Ph.D. candidate studying government, and M. F. Vermeulen, a Belgian postdoctoral student in the Near Eastern Languages and Civilizations Department, expressed skepticism as to whether the “avant-garde” federal government would be effective.

“Adjusting doesn’t mean getting rid of [countries that resist joining the federation],” said Vermeulen, suggesting that the current framework could still provide adequate solutions to the problems Borrell identified.

“Saying that diversity is the problem, that you have to work based on the lowest common denominator—it’s common to all federal governments,” Driscoll said.

However, Vermeulen and Driscoll said they agreed with Borell’s sentiment that an effective response to the economic crisis will require greater cooperation among EU member-states.