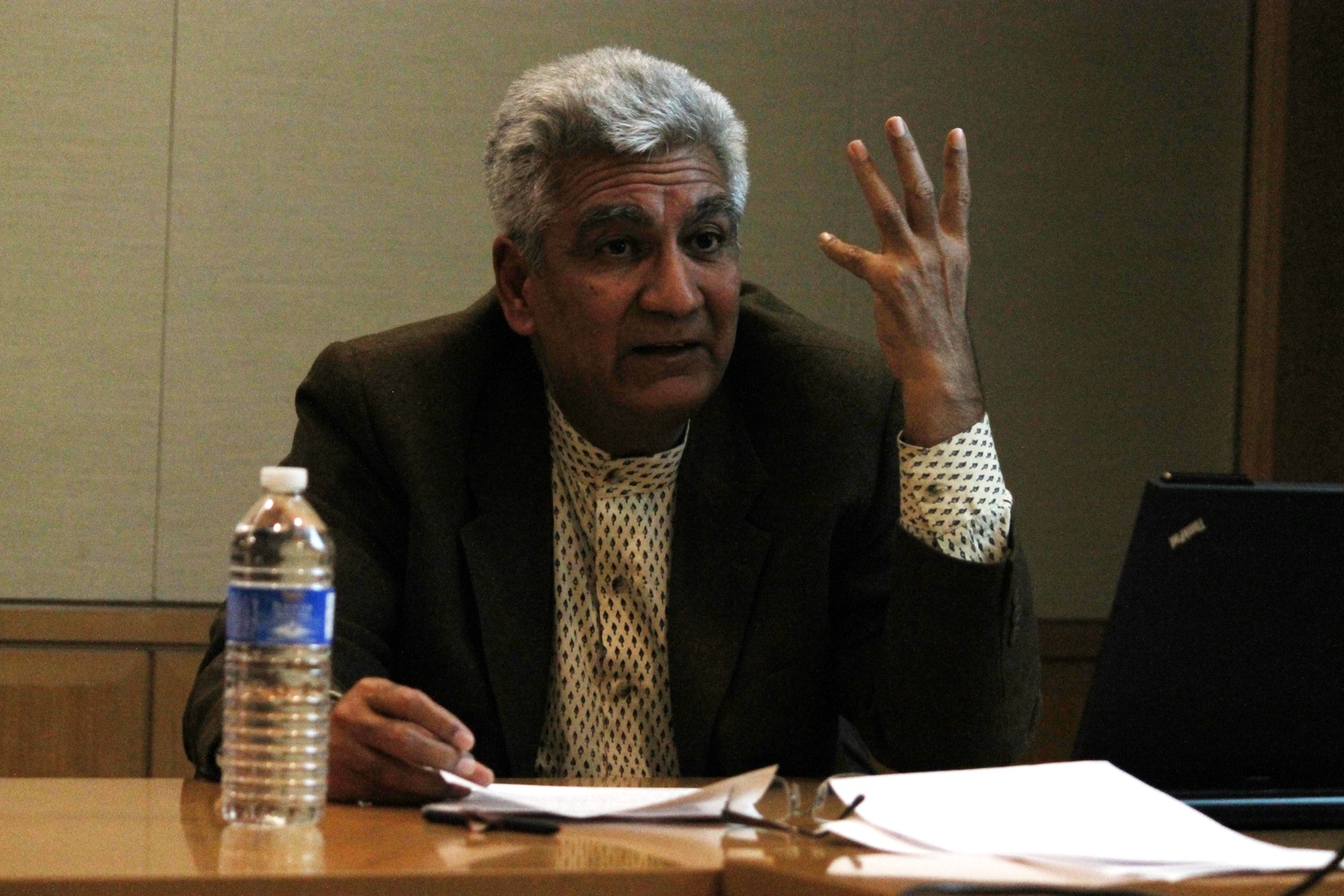 The lecture, sponsored by the South Asia Institute and India GSD, focused on concerns about urban design and the suggestion that certain aspects of the design of slums can be more efficient than planned housing.

Bhatt cited growing urban populations in India as a serious problem that has necessitated a unique design approach.“Governments must understand [that] the broad urban landscape of India has turned into slums,” he said.

A professor of architecture at McGill University, Bhatt argued that the traditional approach to low-income housing projects is too theoretical and overlooks the basic question of how inhabitants actually use space. In offering an alternative solution, Bhatt introduced the concept of a "jugaad" city. The term refers to innovative design hacks that solve technical problems with limited resources.

“They are very nimble, these groups of people,” Bhatt said. “An urban landscape is a mix of all these strands.”

In the 1980s, Bhatt studied informal settlements around India, comparing the use of space in slums and planned cities. Assessing landscapes, house extensions, workplaces, and commercial areas revealed the weaknesses of traditional urban planning.

“A coconut tree which gives you twenty-five coconuts in a thirty-day cycle…[is] a great contribution to someone who is earning a dollar a day,” Bhatt said.

He also analyzed the use of stoops and porches as literal extensions of the house. Like with trees, most low-income housing developments fail to incorporate porches or stoops, with some considering them unnecessary luxuries.

With India’s population at more than 1.2 billion people and its urban slums growing every year, he said his research is more relevant than ever before.

“Professionally, politically, from the business point of view, the opportunity is very much there…to arrive at a more positive solution,” Bhatt said.

Tzyy H. Yeh, a GSD student who attended the talk, also said that slums are "not just housing."

“[Slums are] a kind of non-professional housing, an understanding of space,” Yeh said.