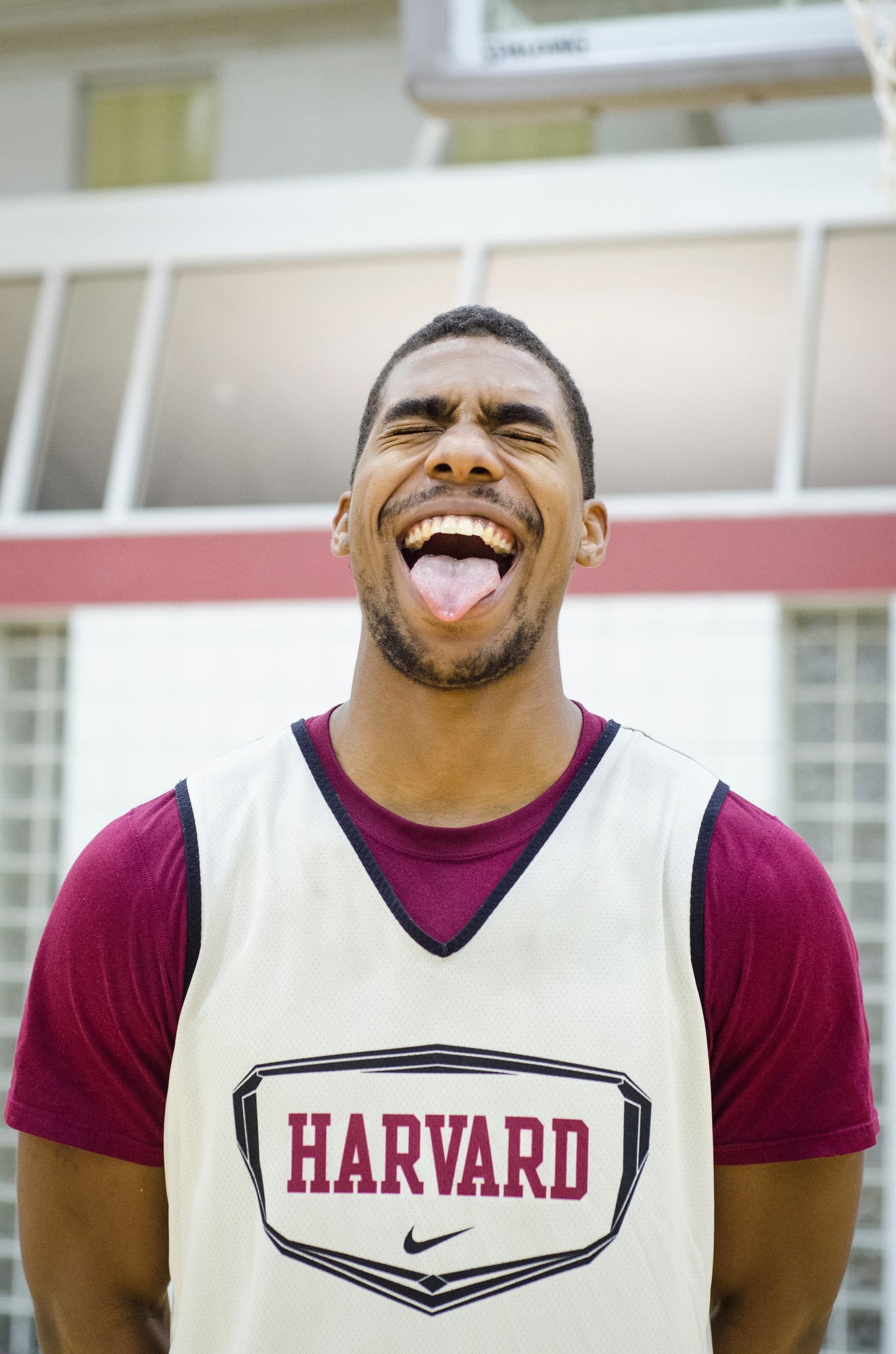 Senior Wesley Saunders just wants you to know he cares. Understand where he has come from and you will come to believe him. You’ll also see why he never shows it.

Take the NCAA tournament game on March 22 against Michigan State, for example. Watch the highlights and look at Saunders walking to his bench as his teammates jump around. Spartans coach Tom Izzo has just called a timeout after his team’s lead was cut to two, but you wouldn’t be able to tell that from Saunders’ face.

Saunders registers another steal a couple minutes later and puts in a dunk. The game is tied. The crowd goes crazy. Former co-captain Oliver McNally ’12 goes even crazier. Saunders gives a Spartan a tap on the butt and heads back on defense.

Next, watch the postgame press conference (Saunders had 22 points in the 80-73 third round loss) and try to figure out if Saunders’ portion is from the season-ending game or a mid-February shootaround.

When ESPN ranked Saunders the 46th best collegiate player in the country, it described him as “[o]ne of those guys who always looks sleepy at tipoff.”

But step into the locker room and see if you can find that stone-faced machine. Good luck. Off the court, Saunders transforms. He’s a character—a goofy one.

Usually, the split is flipped: athletes are reserved off the field and emotional on it. Not Saunders. He’s managed to become the class of the Ivy League on the court while still being a class clown everywhere else.

Saunders says his demeanor stems from a simple phrase his mother drilled into him growing up.

Before we get to that, consider Saunders as a young player. He was a basketball purist long before he entered Harvard coach Tommy Amaker’s motion system.

“That’s not basketball,” he would yell at teammates messing around on the court.

Still, coaches questioned his attitude. Saunders never appeared to be giving maximum effort, and his mother, Ramona Robinson, got used to talking to them about it.

“OK, but he’s got the highest score, the most assists, and the most rebounds,” she remembered telling many of them. “People perceive it as him not putting the effort out, but the results speak for themselves.”

Actually, let’s quickly take another step back, to before Saunders ever picked up a basketball. He was already demonstrating a level head back then.

Robinson remembered her son responding unusually every time she told him “No.”

“[Children] are usually like, ‘Why not?’ [but] he would say, ‘OK,’ she recalled. “That used to shock me…. It’s just an interesting characteristic.”

At the same time, Saunders was demonstrating his physical ability. Whenever people came over to the house, they would invariably jump up to grab six-month-old Saunders as he got near the stairs, but the baby could already handle them adeptly. That motor coordination transferred to the court as Saunders grew up.

He was a good tennis player first, just like his mom. Robinson said Saunders spent the first four years of his life sitting on a tennis court watching his mother and older sister play. Then he joined local recreation leagues and eventually USTA tournaments.

Soon after Saunders discovered basketball, his tennis career was over, but he said his on-court demeanor is a carryover from his mother’s tennis lessons.“My mom always told me to never really let people see you sweat on the court,” Saunders explained. “I’ve always tried to maintain the same balance to never give somebody an advantage.”

The competitive streak has always been there, Saunders added. He just controls it.

Besides being sports-heavy, the Saunders’s family played a lot of board games growing up, with Wesley taking home most of the wins. Monopoly was his favorite, Robinson said, which might have to do with the fact that he almost never lost.

Even when the family advanced to Triopoly, a multi-level version of the game, Saunders handled the extra dimension and continued to dominate.

His dad still beats him in chess, though, Saunders said.

“It’s annoying,” he added after a pause.

But what about his off-the-court persona? Where does that come from?

Well, it’s tricky, but its roots can be seen in Saunders’ basketball game, too.

Anticipation—that’s what he says is the strength of his game—always knowing what’s coming next and how to take advantage of it. Others underestimating how calculating Saunders is adds to his effectiveness.

“I just lay back and act like you don’t know what’s up, but you are always one step ahead,” Saunders explained.

That’s where the misconceptions come from, perhaps.

“Everybody always jokes [that] I straddle the line between a genius and an idiot,” Saunders said.

Saunders is fine with others seeing his lack of emotions as a lack of attention. He just makes them pay. On the court, that means jumping passing lanes and taking advantage of lax defenders. Elsewhere, that mentality leads to his joking nature.

Saunders talked with Amaker last year about potentially becoming a captain, but the pair decided it would be better if Saunders focused on basketball. That meant he could keep his goofy locker room personality, too.

There are times when Saunders plays things too cool, like when he decided to stay up all night before the team’s trip to the Bahamas in 2011 only to be woken up by former assistant coach Yanni Hufnagel after dozing off at some point in the night.

But generally, Saunders is in control and ready to pounce at a moment’s notice, whether it looks like it or not. In the locker room, those moments come when players go to the bathroom. They have come to expect an occasional water bottle being dumped on their heads, courtesy of the prankster.

But they better get retribution against him fast, because once the game starts, that Saunders is gone.