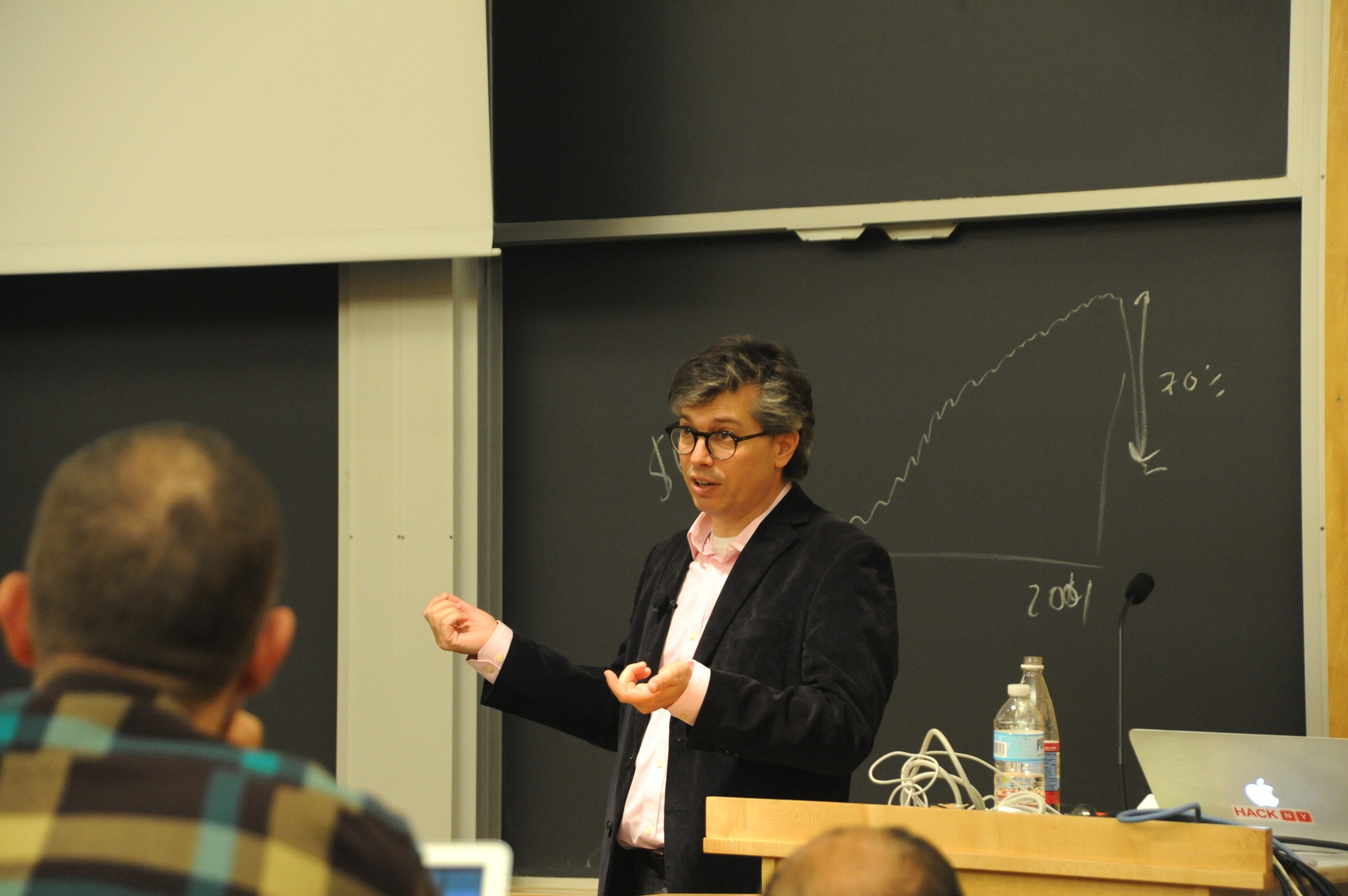 Chris Wiggins, chief data scientist at The New York Times, speaks about the development of data, from segments in the 19th century to algorithms today, in Maxwell-Dworkin G115 on Friday afternoon.
By Zara Zhang, Crimson Staff Writer

Christopher H. Wiggins, chief data scientist at The New York Times, shared what it means to be a data scientist with a full audience at a seminar organized by the Institute for Applied Computational Science at the School of Engineering and Applied Sciences on Friday afternoon.

Wiggins addressed common misconceptions about the scope of the job of a data scientist before explaining what his job entails: analyzing the data that The New York Times collects from it users when they visit its website to “try to understand user experience.” 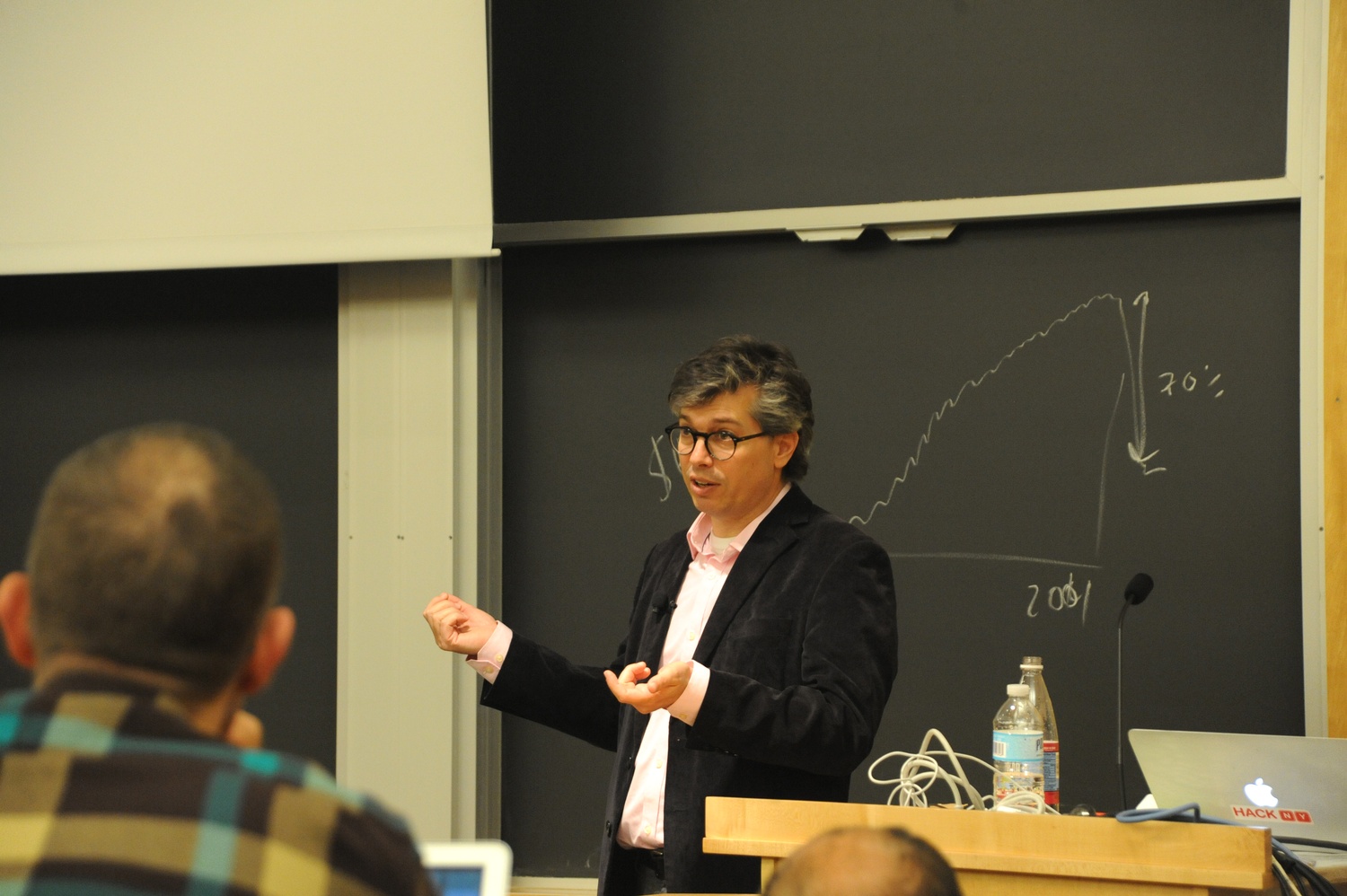 Chris Wiggins, chief data scientist at The New York Times, speaks about the development of data, from segments in the 19th century to algorithms today, in Maxwell-Dworkin G115 on Friday afternoon. By Matthew W DeShaw

He said the role of a data scientist is especially important in an age in which the journalism industry is adjusting to fast-paced changes to its business model, driven in part by a decline in advertising revenue for print media.

“Since 2006, 70 percent of advertising revenue in the U.S. evaporated. It’s been an extremely turbulent time in journalism,” he said. “Basically every company in journalism has become a startup: a company in search of a scalable business model.”

By making use of machine learning—the science of getting computers to “learn” how to act without being programmed explicitly—data scientists try to measure and better understand the behavior of various users, Wiggins said. This allows the newspaper to uncover a “genome” of subscribers, he said, gleaning information about their future loyalty to the newspaper.

In addition to serving as the chief data scientist at The New York Times, Wiggins is an associate professor of applied mathematics at Columbia University.

Wiggins said that a good data scientist needs interpersonal skills because the ability to communicate ideas is crucial to getting any job done. Moreover, a data scientist should strive to build models that are “both predictive and interpretable” and constantly engage in critical thinking, he said.

“It was interesting to learn how a print media company that has turned to an experiment in digital media wants to learn more about its users and how they can better serve them,” said Justin Ellis, a staff member at the Nieman Journalism Lab.

Swami Kumaresan, a professional who works in the startup industry, agreed.

“There’s this big gap between the business world and the academic world,” he said. “It’s interesting to listen to someone like him who has one foot in both worlds.”