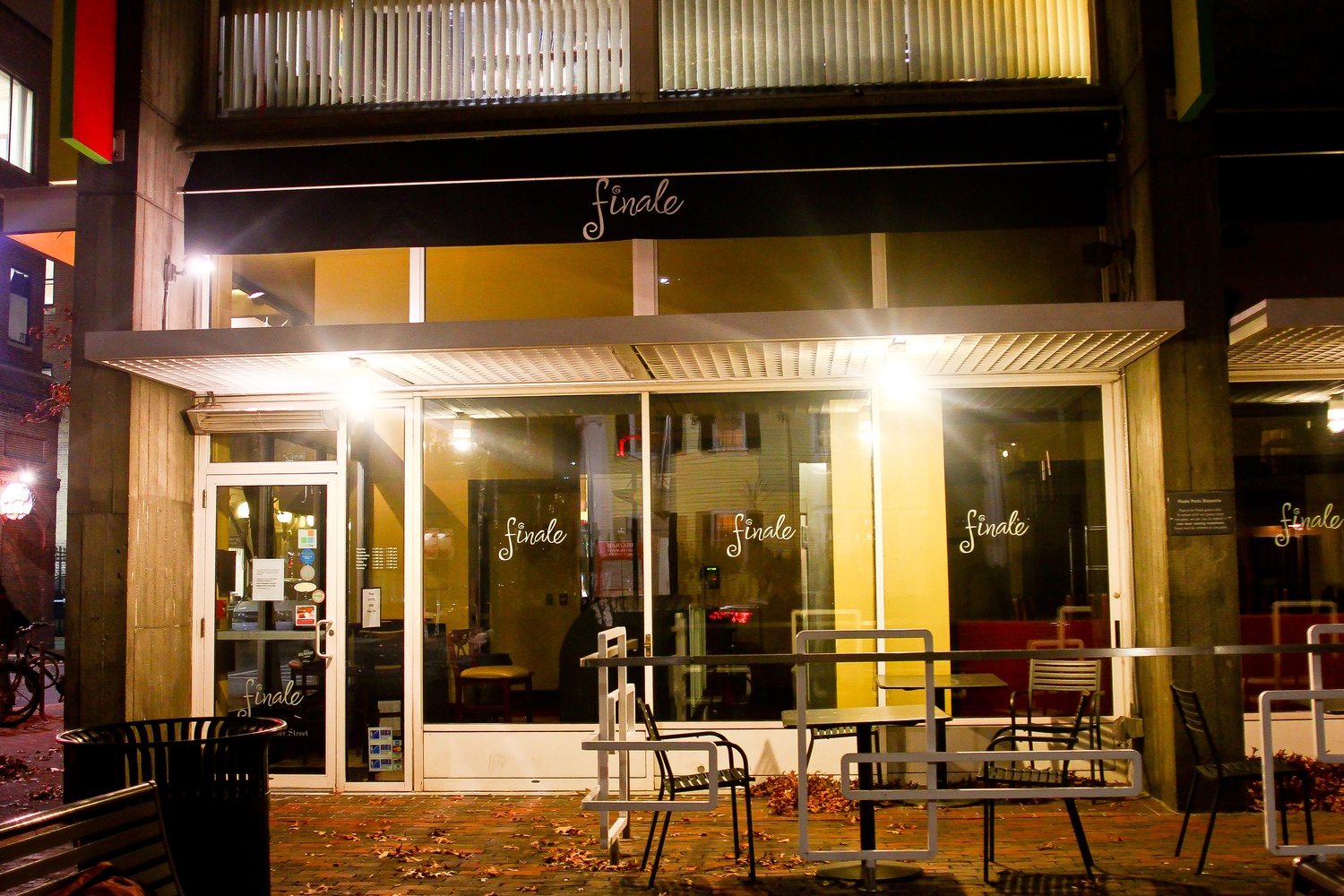 Harvard Square restaurant and deluxe dessert shop Finale suddenly shuttered its location in the Smith Campus Center on Saturday, posting a note on its doors thanking customers for their patronage throughout “12 great years here.”

Finale’s CEO did not return requests for comment by press time on Tuesday night. Karla Mehilli, the general manager at Finale’s Park Plaza location in Boston, said that she believed the closing of the Harvard Square location was due to planned construction for the Smith Center, but would not elaborate.

The establishment, located at 30 Dunster St., was a popular dessert choice for students and student groups. In addition to the Boston Park Plaza location, Finale also operates a pastry kitchen near Harvard Business School, according to its website.

Mehilli said that she has not heard of any plans to open another Finale restaurant as a replacement.

Though administrators announced planned renovations for the Smith Center over a year ago, details have yet to be revealed about how local businesses housed in the building will be affected.

For Denise A. Jillson, the executive director of the Harvard Square Business Association, the store’s departure was foreshadowed by their decision not to renew membership in HSBA this past year.

“They didn’t renew membership which we thought was strange, they were very active,” Jillson said. “They had an amazing business. Several years ago you couldn’t get in, it was impossible to find a seat. It’s kind of sad that they’re not here anymore.”