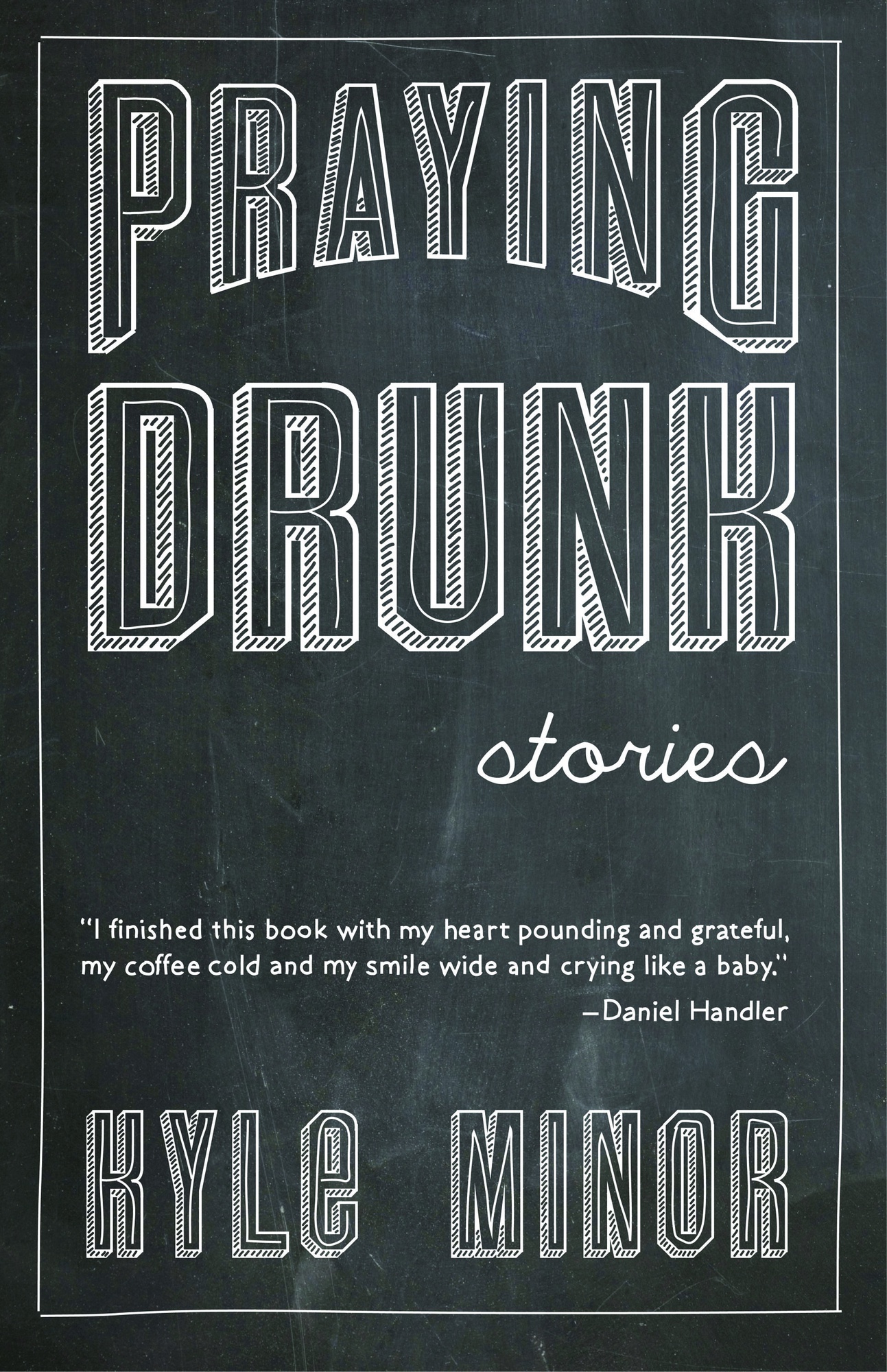 Well-hidden within Kyle Minor’s “Praying Drunk,” a book that lies somewhere between story collection and novel, are five pages completely covered in matte black ink, margin-to-margin, front and back. These pages are not a gimmick; Minor’s writing stands on its own. Finishing one of the many painful stories in “Praying Drunk” to discover a full black page only enhances its overall effect. In 13 tales, Minor creates a cast of characters who are distinct yet echo one another across the stories and struggle to make sense of relentless tragedy. Minor’s narratives brim with energy and talent—he creates beautiful scenes of personal pain while asking broad, thematic questions. Through the various stories of “Praying Drunk,” Minor exhibits his full literary toolbox, honed to execute his emotional storytelling.

At the beginning of “Praying Drunk” is a small but stern admonition: “These stories are meant to be read in order. This is a book, not just a collection. DON’T SKIP AROUND.” It’s odd and even funny to be admonished by the author before doing much of anything, but it is worth paying attention to the warning. Minor carefully crafts the stories to play off of one another. Conflicts, settings, and even names reappear throughout the book, all slightly distorted. He creates a type of mythos that unites the book’s technically distinct stories and develops the theme of incomprehensible and unforgettable pain. The author appears in fictionalized form as “the fiery angel” in two stories presented as Q&A sessions. The angel provides explanation for the book’s internal repetitions when he says, “Only the same things turned over again and again, as though turning them again will bring some new insight. But the new insights are the same as the old insights. Heaven is a hamster wheel. Why won’t my heart stop beating?” It’s a dark clarification of Minor’s technique of getting at every story twice. Yet his approach is so original and different that the stories still seem distinct—they feel more like reverberations than repetitions.

The fiery angel is just one example of how unusual “Praying Drunk” can be. In various stories, Minor uses tragedy to create an element of irony that in some ways relieves the book’s unremitting sadness. In “The Truth and All Its Ugly,” Minor crafts the tale of an abusive husband and his battered wife. The man describes his wife finally leaving him when “[s]he said it enough that we stopped believing her, but the last time she said it, she did it.” In another story, Minor creates an additional fictionalized version of himself, a former preacher who becomes a writer after a loss of faith—an element of real biography. The character reflects, “God doesn’t probably answer our prayers,” an atypical phrasing that creates ironic humor from a particularly dark place.

The greatest strength of “Praying Drunk” is its emotional core of sincere desperation. Minor’s characters are deeply flawed—they are petty, small, and selfish. One is more concerned with himself than with his dying grandfather. Another beats his wife and snorts drugs with his 17-year-old son. Minor’s most impressive achievement is resolving their repulsive, often grotesque natures with the reader’s sense of sympathy. He does this by standing them up against circumstances that are extraordinary yet common—losses of trust, faith, and life. It is difficult not to sympathize with these sometimes hideous monsters because their pain and sadness are so authentic. “Praying Drunk” is nothing if not an intensely affecting book. However, this kind of pathos comes at the cost of occasionally devious writing. For instance, the story “The Truth and All Its Ugly” hinges on a peculiar detail—that, in this world, humans can be recreated—that appears toward its beginning but remains unexplored until it is leveraged for maximum effect at the end of the story. The collection’s first story, “The Question of Where We Begin,” examines the act of storytelling in a way that is painfully trope-y in its self-reflexivity. Minor asks one rhetorical question after another in what appears to be an attempt to attribute a definite cause to the death of an uncle. But it’s obvious that he is just exemplifying the arbitrary nature of storytelling, and so the story falls flat.

Despite its shortcomings, “Praying Drunk” is fresh and energetic. Minor breaks out a wide range of skills for this book and plays extensively with form and narrative. The collection is tied together by difficult-to-place but clearly present repetitions of previously explored characters and ideas. It’s not perfect; it can feel clumsy, artificial, and a bit scattered at times. It is a book that primarily asks questions—the writer seems just as lost as his characters. But it’s also darkly funny, fiercely energetic, and unapologetically sincere.

—Staff writer Kurt P. Slawitschka can be reached at kurt.slawitschka@thecrimson.com.