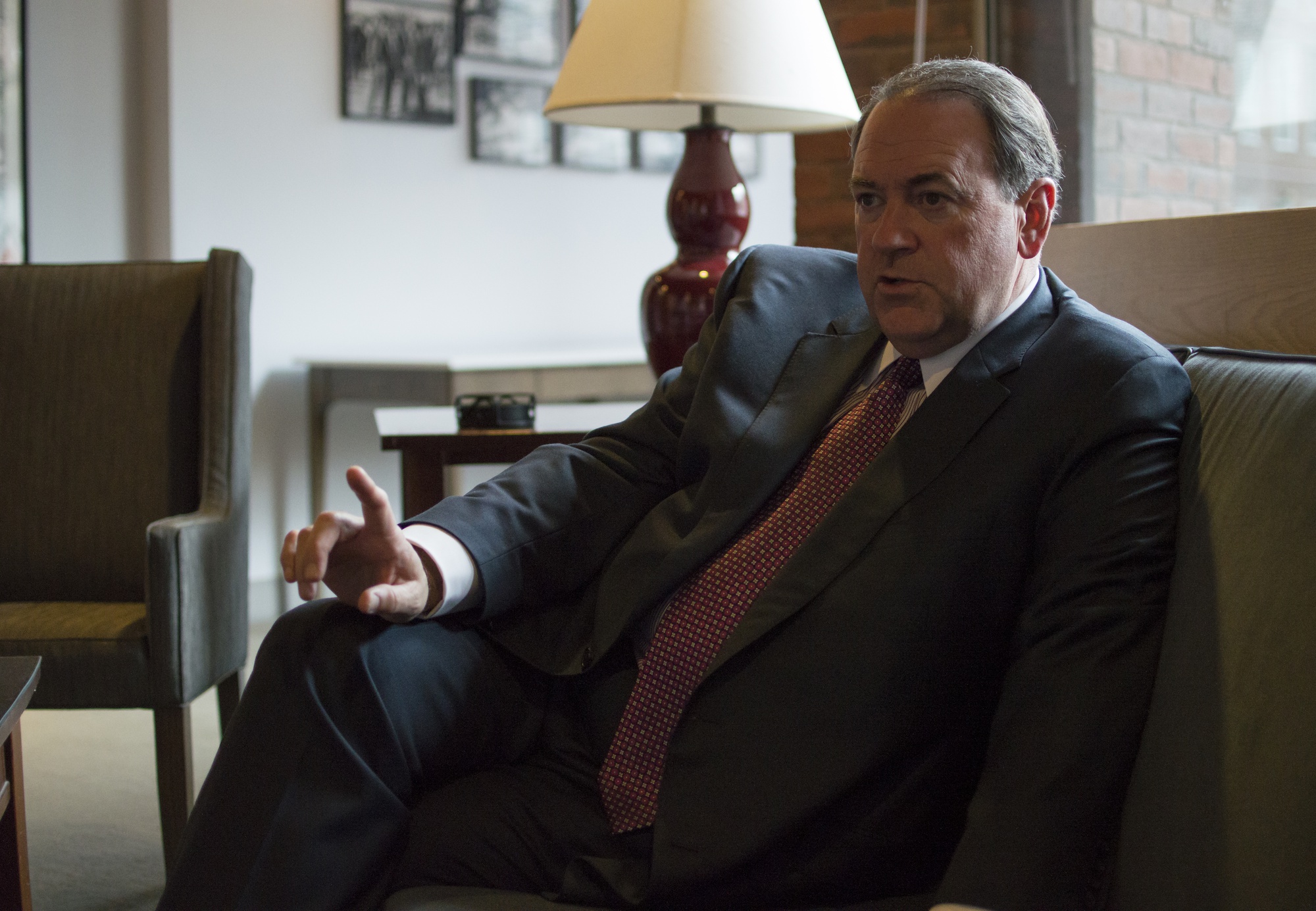 Former Arkansas Governor Mike Huckabee responds to a question in the Green Room of the Institute of Politics on Monday afternoon. Huckabee spoke of his own political beliefs and 2016 predictions.
By Conor J. Reilley, Crimson Staff Writer 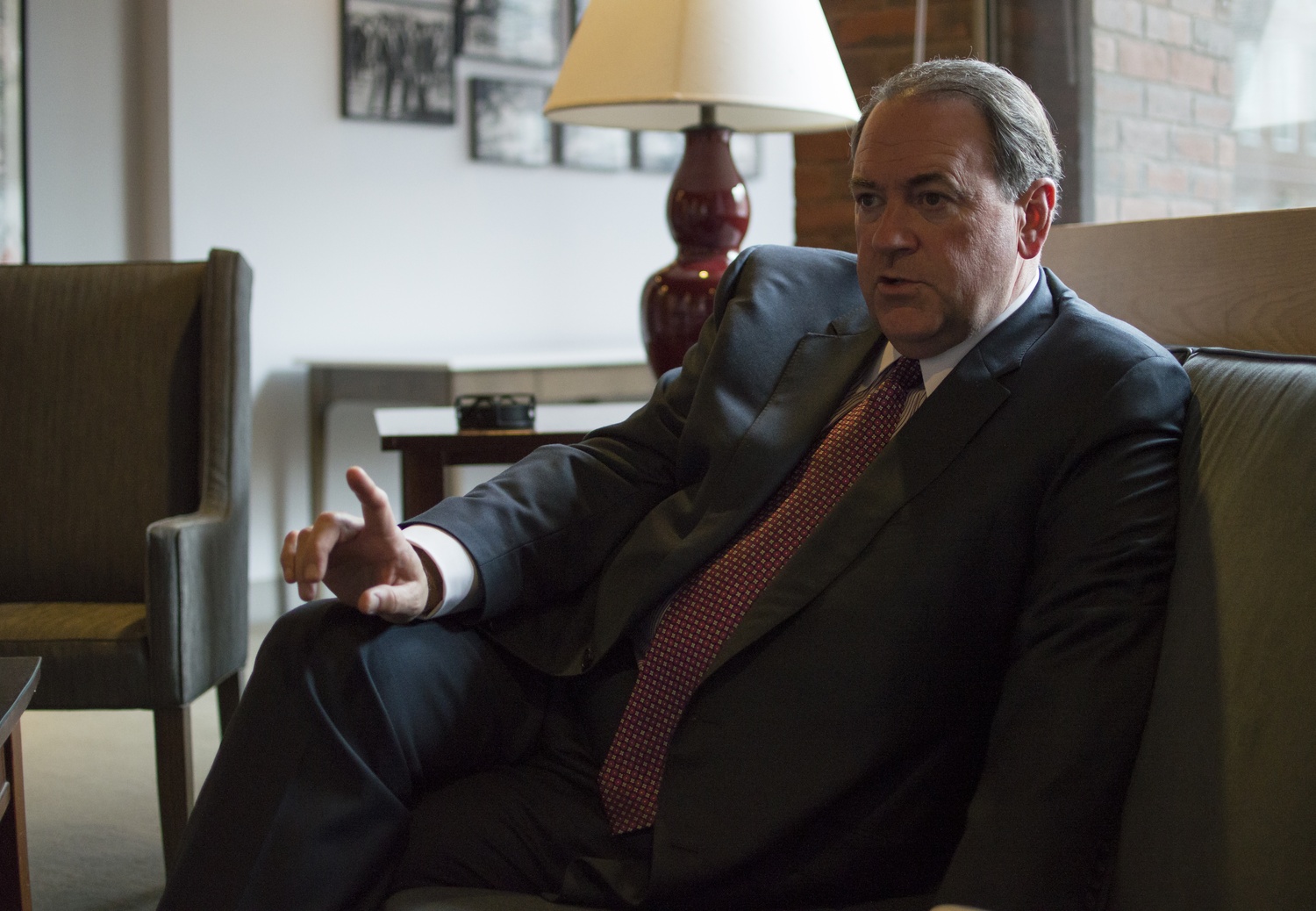 Former Arkansas Governor Mike Huckabee responds to a question in the Green Room of the Institute of Politics on Monday afternoon. Huckabee spoke of his own political beliefs and 2016 predictions. By Y. Kit Wu

“Honestly, I just need to see, politically and financially, a viable path to the nomination,” Huckabee said. “And if I feel like there is, I feel like I have ideas that belong on the national stage. Maybe I’ll give it a shot.”

The event was moderated by IOP Director C.M. Trey Grayson '94, with conversation mostly gravitating towards Huckabee’s early political career, the operation of his state government, and the difficulties of running a national campaign.

Huckabee was first elected to office after a special election for lieutenant governor in 1993, when former United States president Bill Clinton left the position for the White House. Huckabee spoke about the 12 years he spent in the pastorate prior to seeking public office, which he described as a detour that nearly became his final career choice.

After the discussion, Huckabee fielded questions from the crowd on topics including gay marriage, abortion, and the future of the Republican party. When speaking on the vital role that compromise plays in quality government, he criticized the hostile nature of the Washington political theater.

He also said he was disappointed in both President Barack Obama and former Secretary of State Hillary Clinton for deviating from the positions they took against gay marriage in 2008.

Huckabee is the first of three conservative heavy-hitters to appear on campus in the coming weeks. 2008 GOP presidential nominee and Arizona Senator John McCain will speak at the IOP next Wednesday, and former GOP presidential candidate and Kentucky Senator Rand Paul will be on campus next Friday.