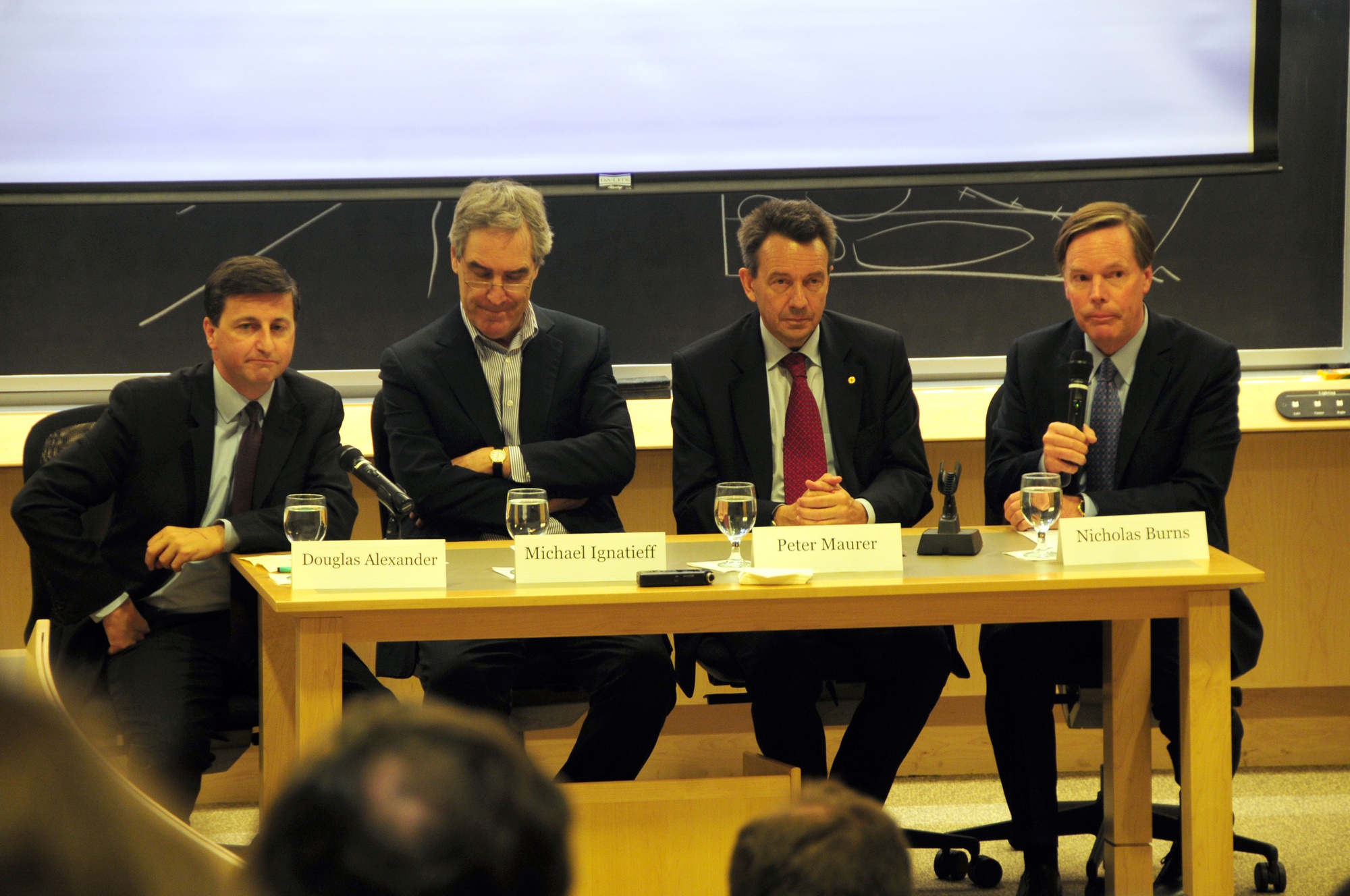 The head of the International Committee of the Red Cross described the challenges facing humanitarian aid organizations in Syria during a discussion with Harvard Kennedy School professor Michael G. Ignatieff Wednesday evening at the Kennedy School.

Kennedy School professor R. Nicholas Burns moderated the event, which was hosted by the Middle East Initiative Speaker Series, and asked about how the Red Cross copes with increasingly complex and volatile global conflicts, such as the one in Syria. 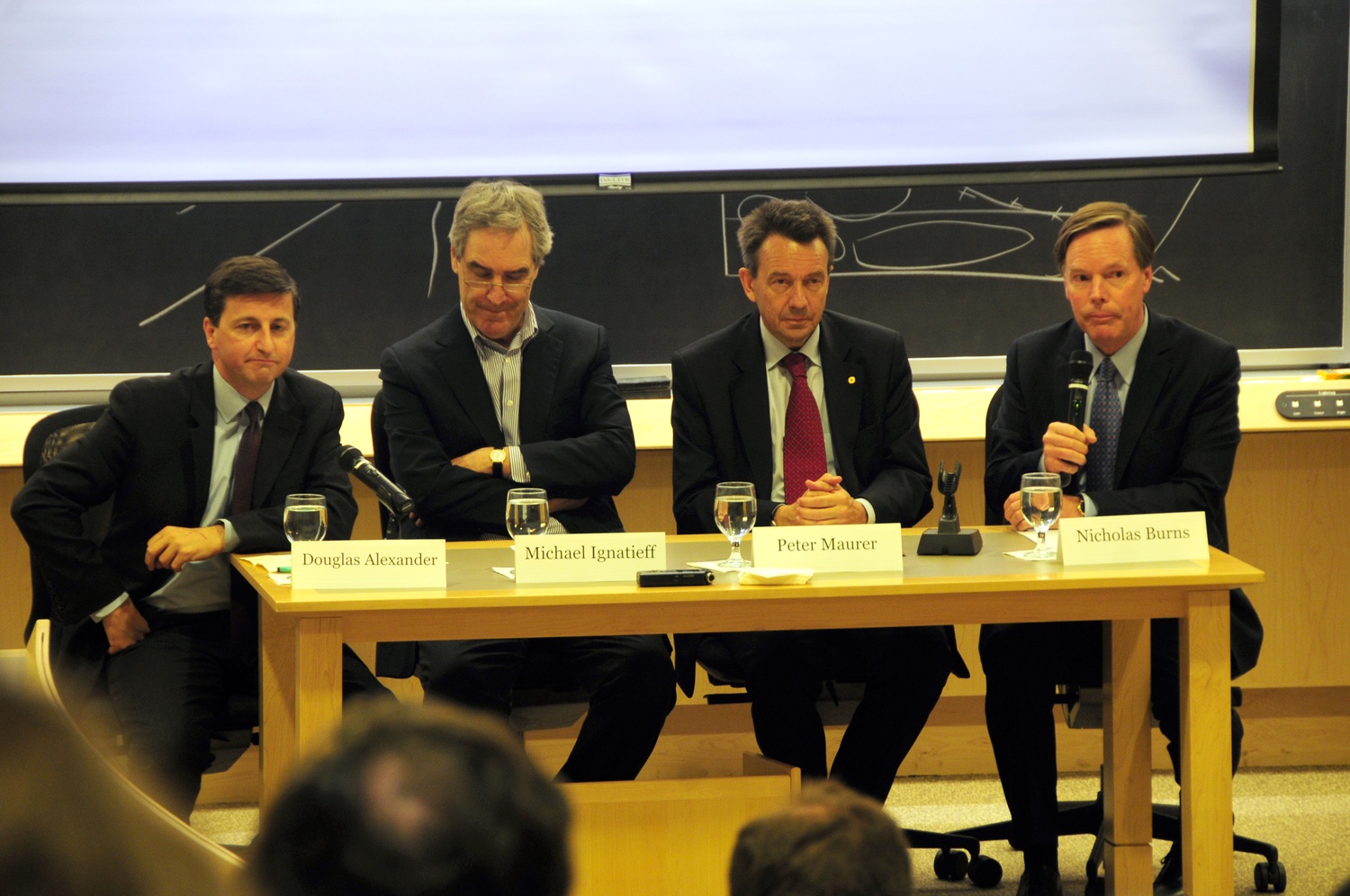 Ignatieff and ICRC President Peter Maurer agreed that it is necessary to create a humanitarian space before negotiating a ceasefire. According to the Overseas Development Institute, humanitarian spaces are areas where aid workers are guaranteed safety and access to populations in need.

Creating such spaces, however, has proved overwhelmingly difficult and unsuccessful, Ignatieff and Maurer said.

Maurer noted that “one of the biggest problems has been the politicization of humanitarianism, which we can see throughout Syria today where humanitarian law has been manipulated to achieve political goals.”

He said that moving forward, aid organizations need to make a distinct effort to create a humanitarian space in Syria without the influence of politics.

Maurer added that the people are often unresponsive on the ground due to the widely dispersed population in urban areas. The inability to create an effective dialogue with them has made the work of the Red Cross especially difficult in the area.

Ignatieff responded by saying that, “the challenge on the humanitarian side is that the Red Cross is brought into the area to bandage the wounded, but as a result of the failing of the diplomatic and military sides.”

They concluded the discussion by stating that it is critical to get international actors to put pressure on the conflicting parties in Syria and neighboring countries to create humanitarian space within Syria.

“I think no matter how interesting and intellectual and deep these conversations are, it always leaves you depressed,” Kennedy School student Colin Eide said after the discussion, pointing to what he called “the impudence of those actors who could choose to do something...but choose not to.”

Another attendee, Kristine Buesser, wondered why peace makers have not been more successful.

“How can it be that difficult to create enough pressure to get people around the table to create solutions?” she asked. “We are helping to keep people just barely alive, but that’s it, and that is a serious problem.”