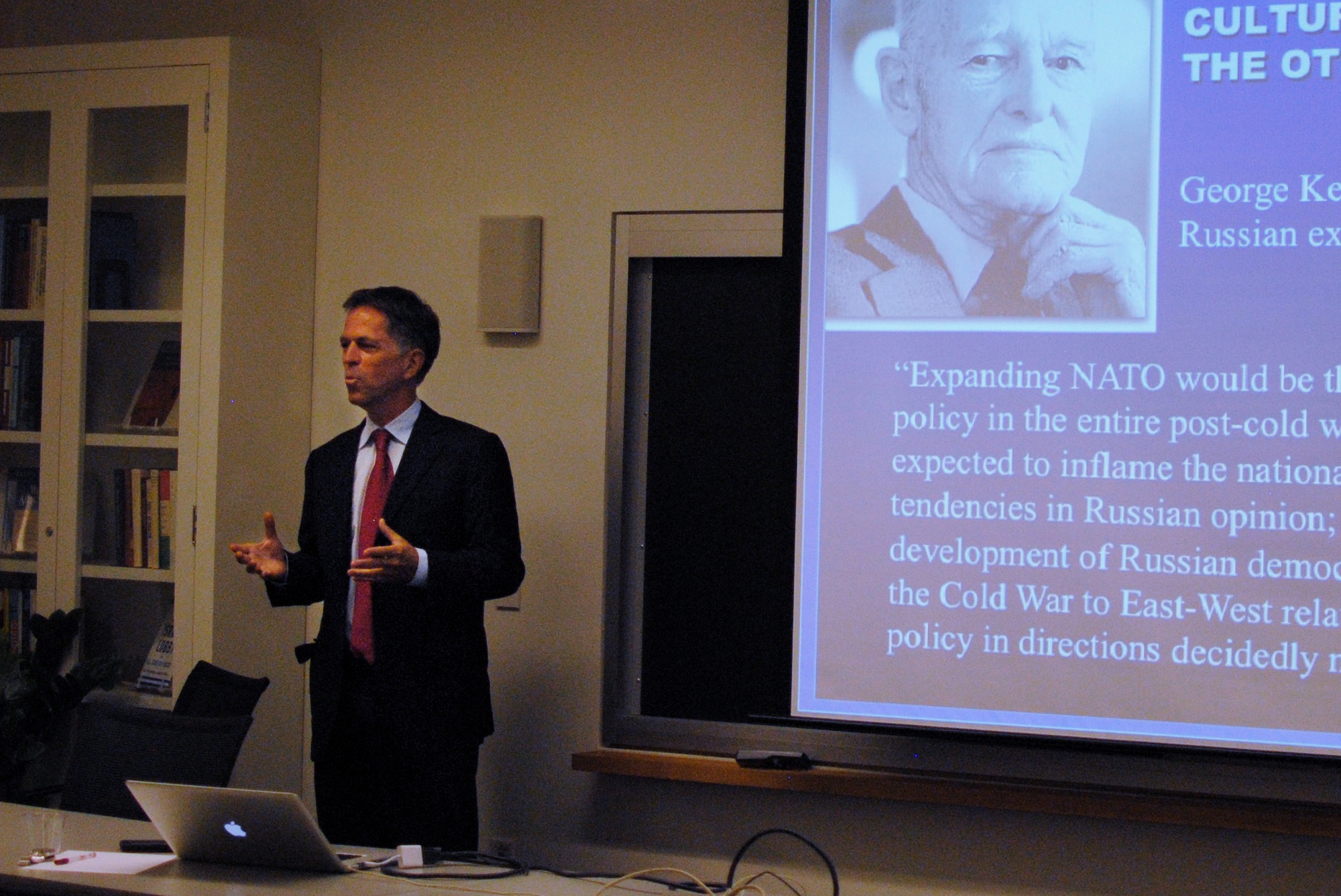 Harvard Negotiation Project Senior Fellow Bruce Allyn addresses the "painful drop in US-Russian relations" using a three-fold argument at the talk "Putin, Crimea - Back to the USSR?" in CGIS-Knafel on April 28.
By Sara A. Atske, Contributing Writer 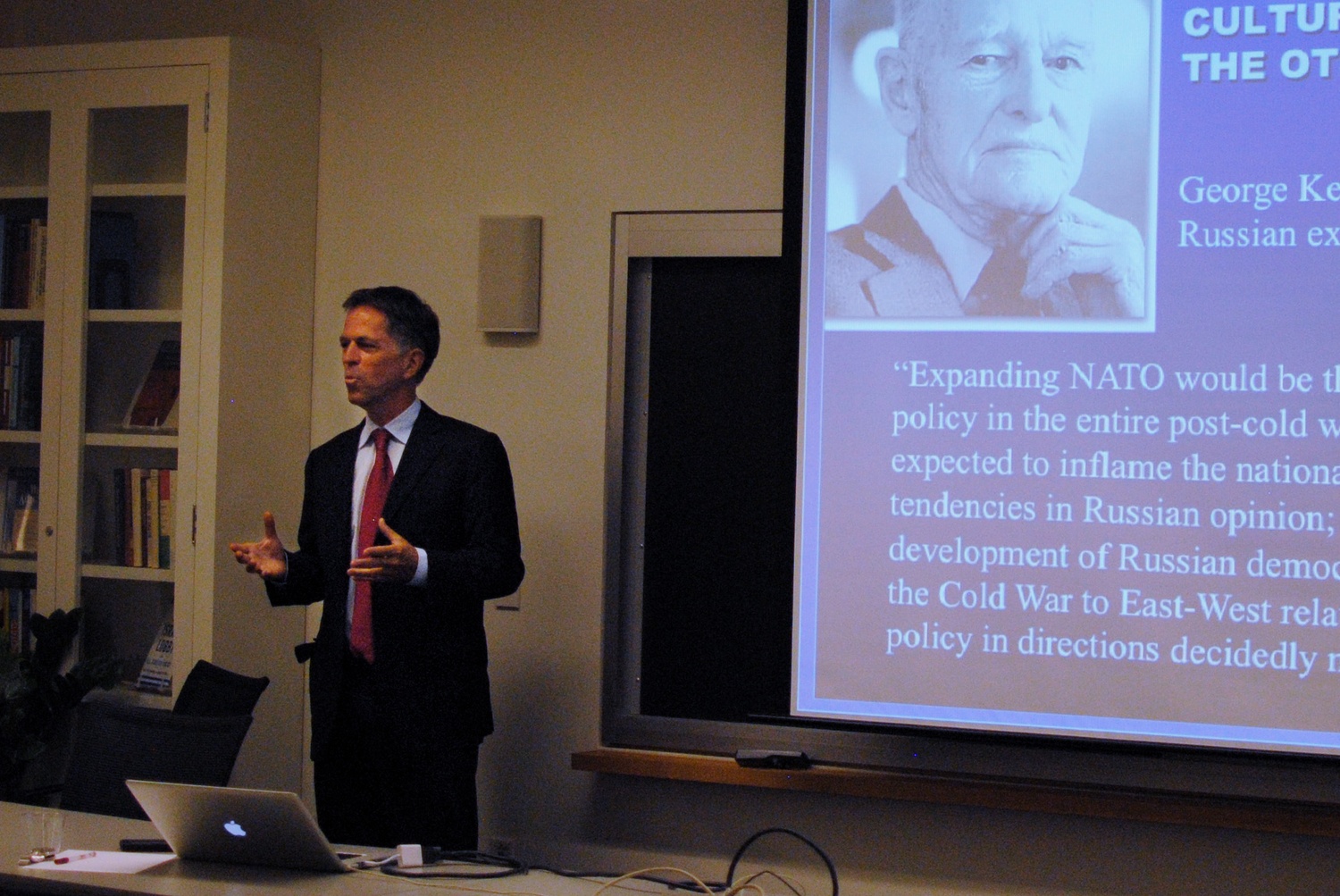 Harvard Negotiation Project Senior Fellow Bruce Allyn addresses the "painful drop in US-Russian relations" using a three-fold argument at the talk "Putin, Crimea - Back to the USSR?" in CGIS-Knafel on April 28. By Tiana A Abdulmassih

Former CNN foreign affairs correspondent and Shorenstein fellow Jill Dougherty argued that the recent crisis in Ukraine marks a turning point for the Russian media during a seminar on international conflict, analysis, and resolution Monday.

“I want people to get out of this [talk] the importance of Ukraine on many levels,” Dougherty said. “Especially the effect it has been having along the way to accelerate changes in the media.”

The event, which was co-sponsored by the Neiman Foundation for Journalism, focused on the tense relationship between the United States and Russia. During the event, Bruce Allyn, senior fellow at the Harvard Negotiation Project, compared the differing policies, perspectives, and means by which America and Russia conduct negotiations.

Dougherty, meanwhile, traced how the media has facilitated political discourse around the former Soviet Union.

“These outlets that were allowed to exist are now under pressure,” Dougherty said.

Russian President Vladimir Putin has made attempts to control media sources by claiming that the internet is not safe, thereby “controlling that space that is growing in influence among young people,” Dougherty said.

Dougherty noted that she sees many similarities between current Russian propaganda and the way Russia tried to control public discourse during World War II.

“I am very attuned to emotions, propaganda, ways of changing people’s thinking,” Dougherty said. “Russian media seems to me a replay of World War II.”

Dougherty and Allyn both emphasized how people must remain informed about history to prevent relations between the U.S. and Russia from deteriorating.

Allyn, however, also noted that people should not write Putin off as an “old Soviet.” Understanding the historical tradition he comes from, Allyn said, is crucially important.

Allyn also highlighted many emotional or psychological ways to approach negotiation on an international level. According to him, the keys to successful negotiation are listening and leading by example, along with empathy and constructive media coverage.

James F. Kerwin, assistant director of the Harvard Program on Negotiation, attended the discussion as well. He said that the speakers offered unique insights.

“I think people have lost sight of U.S.-Russia relations, and Bruce Allyn spoke of the nonviolent history of negotiation in a new light,” Kerwin said.