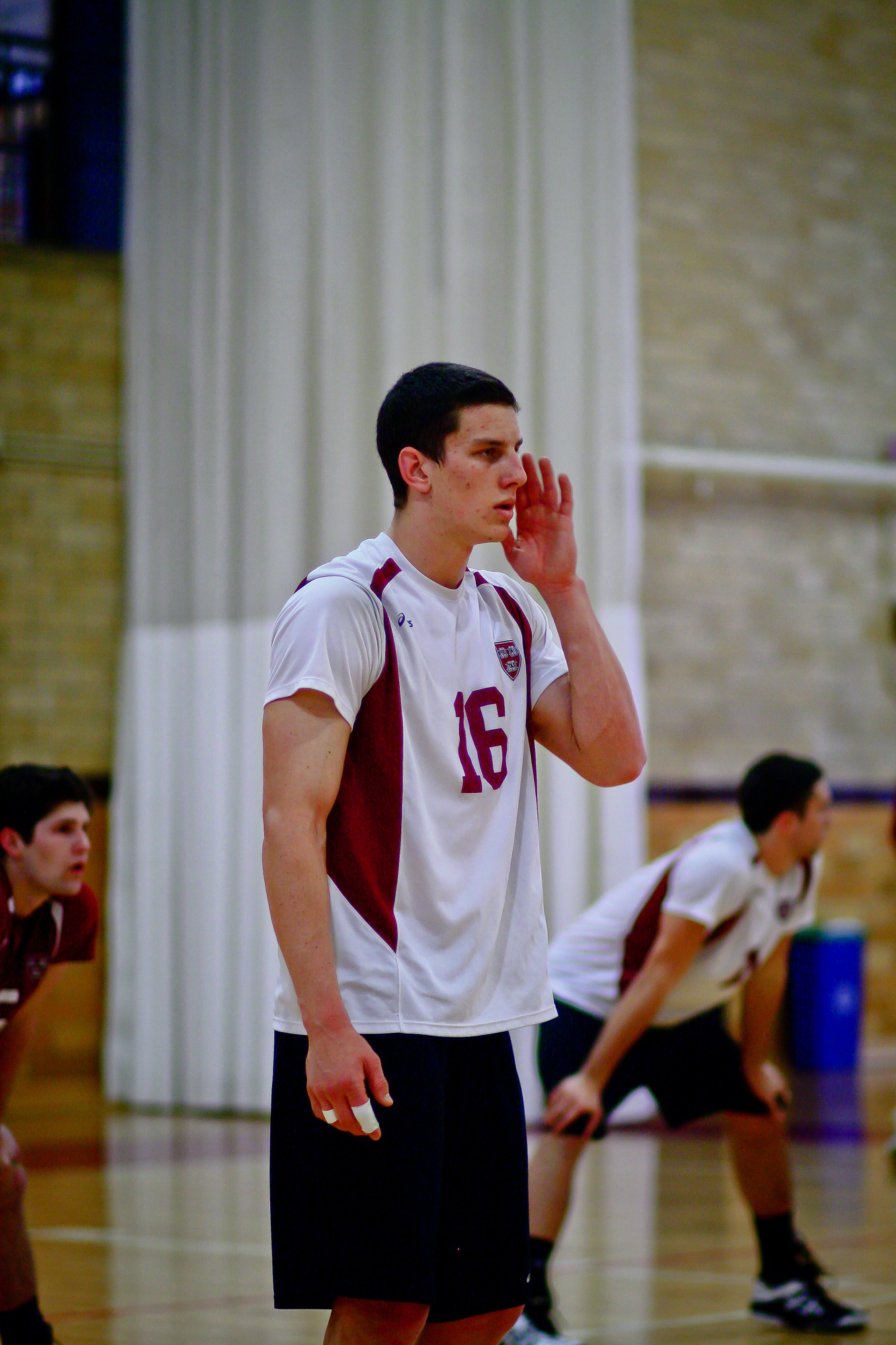 Penn State (18-6, 9-1 EIVA) all but wrapped up the regular season EIVA title on Friday night, beating No. 12 Harvard (12-7, 8-3) in straight sets. Winning the regular season crown would net the No. 15 Nittany Lions the top seed in the playoffs and the right to host the tournament.

Despite only lasting three sets, the match was close throughout, with each game a tightly fought affair. Remarkably, the Crimson had a higher hitting percentage on the night.

The win avenges Harvard’s 2013 defeat of Penn State, which has controlled the conference of late. Last season’s triumph was the Crimson’s first in the teams’ shared history. After Friday night, the historical record now reads 9-1 in the Nittany Lions’ favor.

“I thought we passed a lot better than when we came here last year,” said Penn State assistant coach Jay Hosack. “The thing Harvard does really well in this gym is be very aggressive, and I thought last year our passing suffered a little bit. But this year, we did a much better job controlling them. I also think our hitters did a nice job of moving around a fair bit. The combination of those two things helped us out today.”

Control was a key factor throughout the match. While the Crimson offense often only had one chance to close out a point, its defense was unable to gain back possession. The Penn State hitters were extremely effective at forcing Harvard into digging the ball back, spiking the ball and converting well-placed and powerful kills.

Despite this, a strong hitting performance by the home team kept it in the game. Junior DJ White and co-captain Nick Madden led the offense with 11 and 10 kills, respectively, and the squad as a whole hit with a credible efficiency of .348.

Every game came down to the wire, but even with a large fan turnout, the Nittany Lions crept over the finish line first. In the opening game, the Crimson brought the score to 24-23 after being down, 20-16, but redshirt junior Nick Goodell, who led both teams with 16 kills on the day, ended the set with a smash from the outside. In the second, it was 23-23 before two costly errors by White gave the set away.

The third frame saw Harvard compete and jump out to a 14-8 lead before eventually falling, 25-22.

The match was a tale of missed opportunities for the Crimson, according to Harvard coach Brian Baise, who cited Penn State’s serving in particular as the difference between the two teams. Harvard had only one ace to the visitor’s four, in addition to giving up 15 points due to service errors.

“I think their serving for the most part [won the match],” Baise said. “They won too many points on their serve. We have to deal with them if we’re going to compete with them in the playoffs. We had opportunities in every part of the game, we just didn’t take them when we had them.”

Though the game went to the visitors, the intensity of the competition served as a reminder of how far the Crimson has come in the past few years. Penn State will be trying to win its 16th consecutive EIVA title three weeks from now, and could face a much stiffer challenge than in years past.

“I have been with Penn State now for five years, and the first couple of years, you had a few [Ivy] teams that were struggling historically,” Hosack said. “Brian Baise has done such a nice job here, Sam Shweisky has done such a nice job at Princeton, and those two programs have really shown…that they can really build something. We don’t overlook Harvard or Princeton anymore.”

While Penn State still has three games to go in EIVA play, it will be heavily favored in each contest and is now a strong favorite for the top seed. Hosack was grateful for that home court advantage, but still very wary of the threat that the Ivy teams might post in the postseason.

“Being at home is obviously a lot nicer than being on the road, that’s going to help us out a little bit,” Hosack said. “But you know, the next two teams are Harvard and Princeton. This tournament is turning into what we had hoped for all these years: it’s turning into a dogfight. It prepares us well for down the line, if we go down the line [to nationals].”

—Staff writer Julian Ryan can be reached at ryan.julian93@gmail.com.