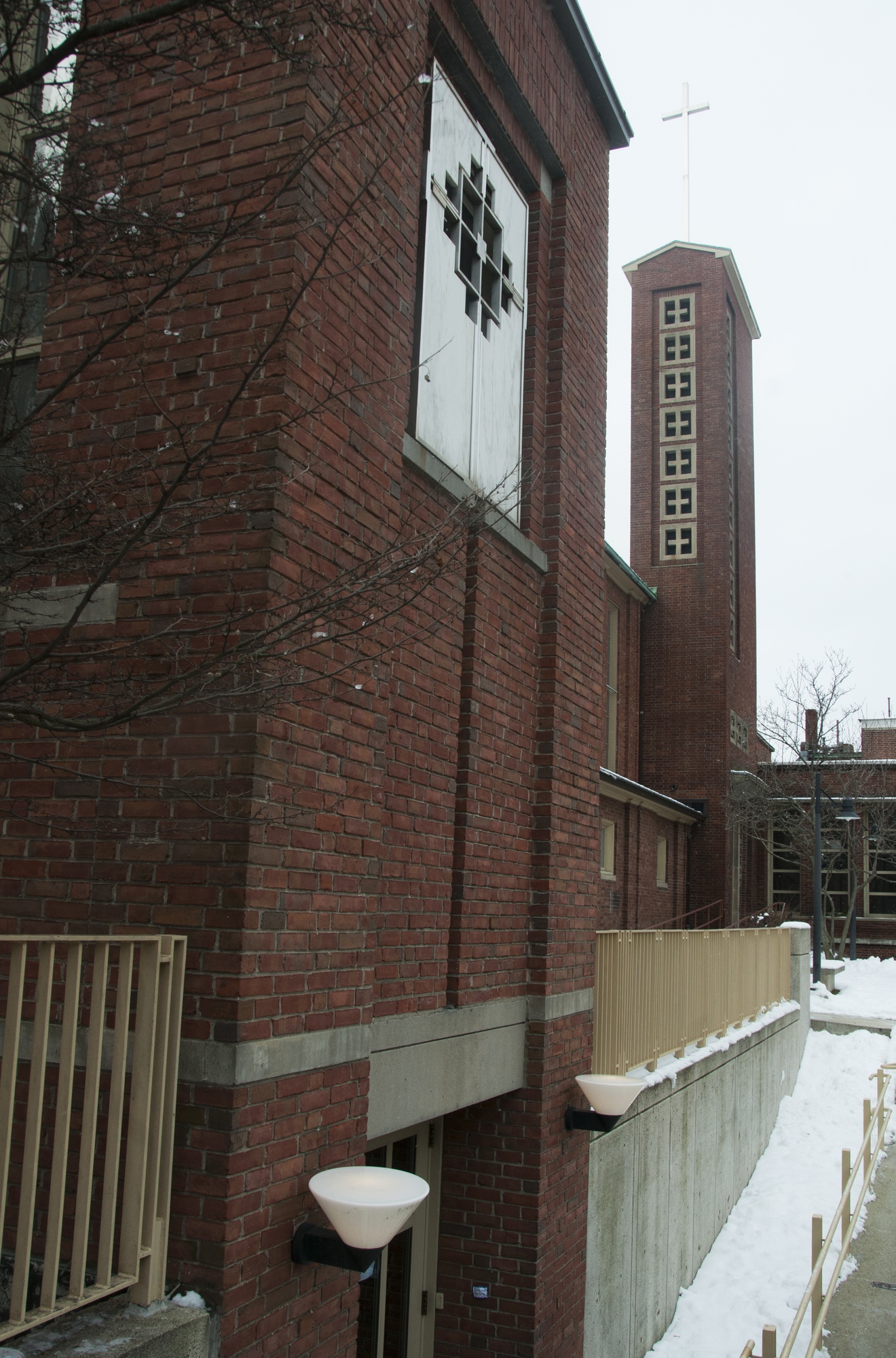 The Harvard Square Homeless Shelter stays open all day when the City of Cambridge has declared a snow emergency, as the city did Monday.
By Sara A. Atske and Annie E. Schugart, Crimson Staff Writers

With an anticipated snowfall of more than two feet looming over the Boston area, local Cambridge homeless shelters are working to extend their resources to accommodate as much of the area’s homeless population as possible throughout the period of severe weather.

According to Nicky N. Guerreiro ’16,  administrative director of the Harvard Square Homeless Shelter, the shelter stays open all day when the City of Cambridge has declared a snow emergency, as the city did Monday. “Guests from the previous night may stay until the evening, and new guests may come in earlier than our usual opening time of 7 p.m.,” she wrote in an emailed statement on behalf of the shelter. 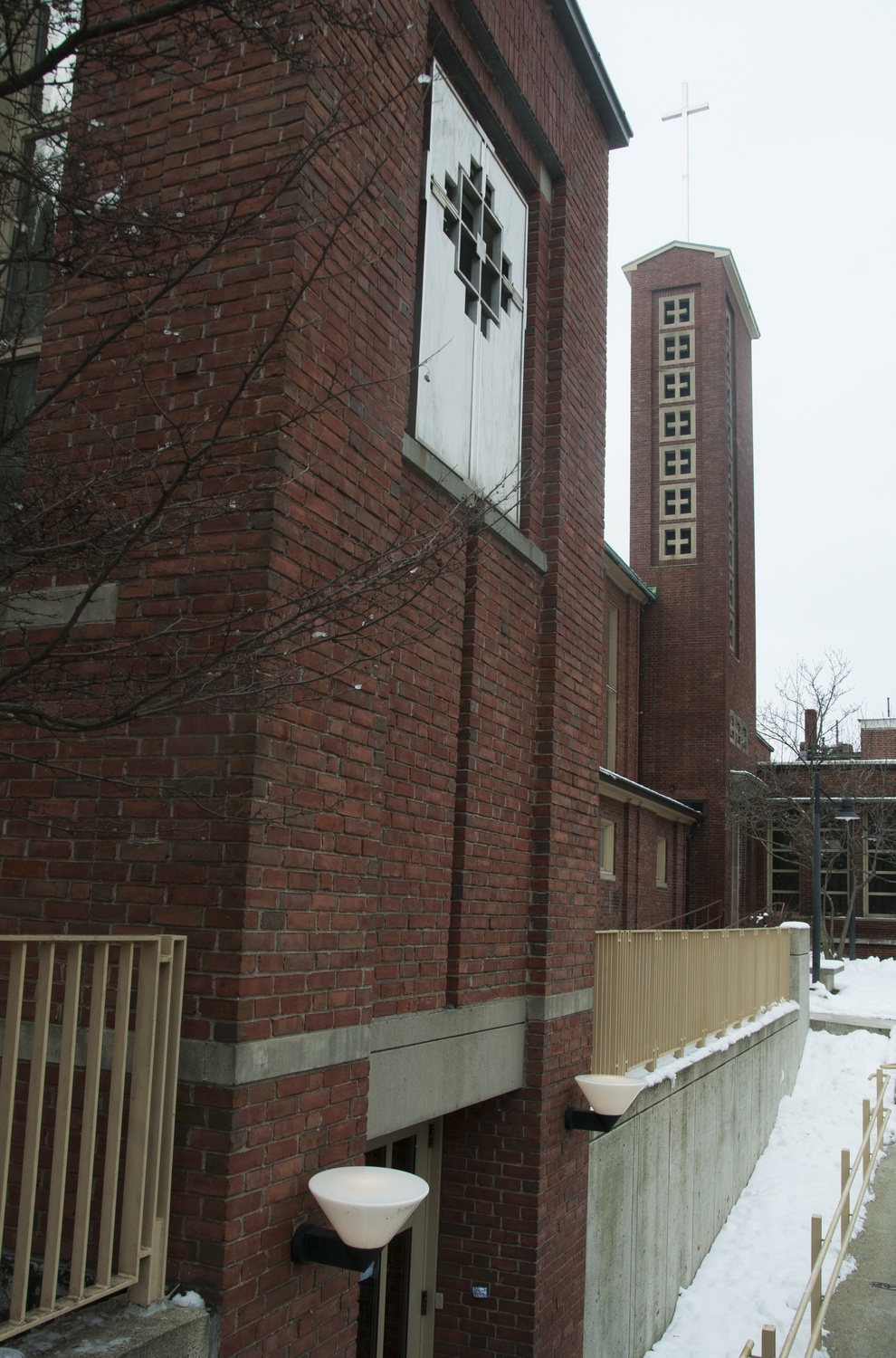 The Harvard Square Homeless Shelter stays open all day when the City of Cambridge has declared a snow emergency, as the city did Monday. By Anneli L. Tostar

Other shelters throughout Cambridge are taking precautionary steps as well. Although the Salvation Army located in Central Square is at capacity every night during the winter, Lt. Michael Harper said the shelter will not turn anyone away during the snowstorm, which the National Weather Service has called “crippling and potentially historic.”

Harvard has decided to suspend operations for all non-critical employees Tuesday, canceling classes and a number of events in anticipation of the blizzard.

“Once all [Salvation Army’s] beds are full, we’ll open our drop-in center with table and chairs to give people at least a warm place to stay for the night,” Harper said. “Our typical capacity is 36 beds, but on weather like tonight we can probably accommodate closer to 130 to 140 people.”

The Cambridge Police Department, meanwhile, will coordinate with area shelters to ensure the safety of Cambridge’s homeless population, facilitating “proper transportation if needed,” according to Jeremy Warnick, a CPD spokesperson.

Members of Harvard Square’s homeless population prepared for the increasingly inclement weather Monday. “There’s a few [homeless people] that I wonder where they’ll go, so I hope they go somewhere. It’d be tough to be outside in this,” Harper said.

Some preferred to brave the winter weather rather than stay in a shelter. Don, a 65-year-old man who usually panhandles in the Square and declined to give his last name, said he has had experience with sleeping out in the cold. Don has taken what precautions he can for the coming blizzard, such as acquiring warm clothes, a sleeping bag, and a propane stove, as well as choosing a strategic spot to sleep. He said he personally believes that sleeping outside is safer than sleeping in a shelter.

“A former friend of mine and I camped out once… when actual temperatures were below 20 degrees for three days in a row and we had snow on top of that,” he said.

“You basically just have to think on your feet,” Don said. “You just gotta depend on yourself.”