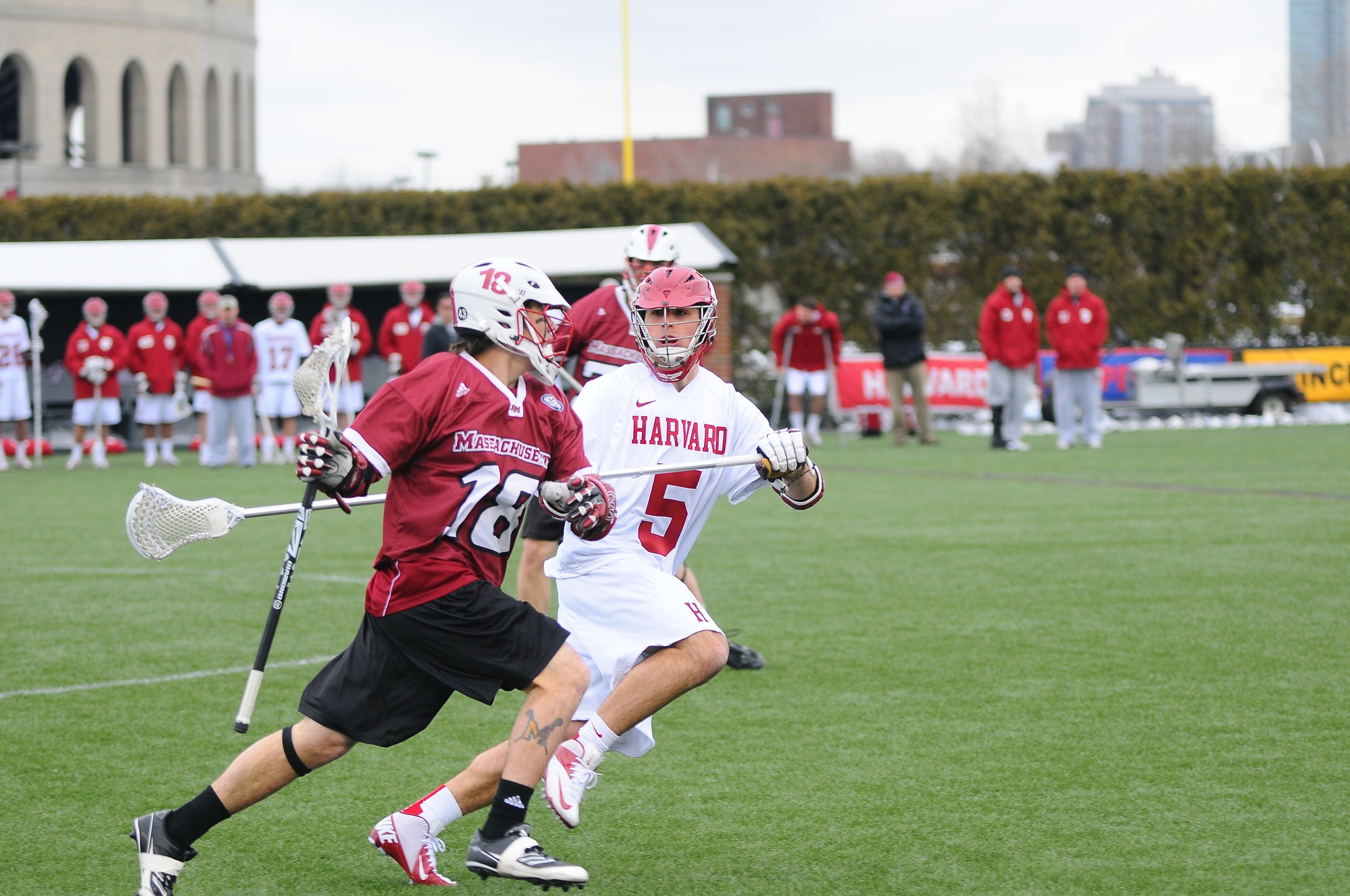 If defense really does win championships, then the Harvard men’s lacrosse team appears poised to make a serious run at its second straight Ivy League title. When the Crimson opens its season at home against in-state foe UMass on Saturday, Harvard will field arguably the best defensive unit in the conference, with three returning all-Ivy selections.

Junior defenseman Bobby Duvnjak earned first team honors a year ago, while classmate Stephen Jahelka and goaltender Jake Gambitsky, both captains of this year’s squad, were named to the second team. Another member of the unit, senior long stick midfielder Brian Fischer, was recently selected in the fifth round of the Major League Lacrosse collegiate draft and named one of the top 60 Division I players by Inside Lacrosse.

“I think we have one of the more athletic defenses in the Ivy League,” Jahelka said. “What makes us so good is our chemistry together...through practice and film and last year in the games, we are more on the same page this year and know each other’s style of play.”

Heading into this season, Harvard loses just one defensive starter from a group that allowed the fewest goals per game in league play (8.67). Playing its best against conference opponents will be key for the Crimson, as the only way to ensure an NCAA tournament berth is to finish atop a league brimming with talent and shaping up to be as competitive as ever.

The latest media poll has five Ivy League teams in the top 20, with Cornell, Penn, Harvard, and Yale all bunched from No. 11 to No. 14, in that order. Princeton closes out the poll at No. 20, and, with only six league games for each team, it is impossible for any of the conference favorites to look past Brown or even recent cellar-dweller Dartmouth.

“As a player at Harvard and as a coach for 15 years, this to me looks like it's going to be one of the most competitive league races, certainly in my lifetime,” Harvard coach Chris Wojcik ’96 said.

Offensively, the attackmen figure to be the catalysts. Junior Devin Dwyer, a preseason third team All-American selection, led the Crimson in assists a year ago despite missing the first four games with an injury. He dished out almost three helpers per game and will again operate behind the goal as Harvard’s chief playmaker.

Many of Dwyer’s passes will likely be directed toward junior attackman Will Walker, who led the team in goals with 35 while serving as the offense’s most reliable finisher. Ian Ardrey also offers another option for the Crimson, as the junior attackman notched 13 scores mostly playing in reserve last season.

The major question marks for Harvard come at the midfield, where Peter Schwartz ’14 and Carl Zimmerman ’14 did most of the damage for Harvard in their senior campaigns. Schwartz finished second on the team in points in 2014 and Zimmerman added 15 goals to finish as the Crimson’s fourth leading scorer. Juniors Deke Burns and Sean Mahon return as the leading midfield threats, as both netted double-digit goals a year ago, but Wojcik insists that depth will be the calling card for his midfield unit.

“We feel as though we have 10 guys that we can put out in the midfield.” Wojcik said. “We have several groups who are going to play. We expect guys to step up and make winning plays.”

Outside of the deep Ivy League, Harvard has a number of opportunities to measure itself against the best in the country in non-conference play. The Crimson’s game against Albany features Lyle Thompson, the reigning Tewaararton Trophy winner and arguably the most exciting player in college lacrosse, who racked up six points against Harvard in last year’s meeting. Dates with UNC and Duke, the two-time reigning champions, also give the Crimson the chance to match up against the vaunted ACC, college lacrosse’s preeminent conference.

“We have a chip on our shoulder,” Wojcik said. “The ACC is really considered the gold standard of lacrosse, and rightfully so. We aspire to be as strong as the ACC in lacrosse. The programs within the league show commitment toward the sport, and everyone’s trying to compete on a national level.”

An earlier version of a caption to a photo accompanying this article misspelled junior Walker Kirby's name.