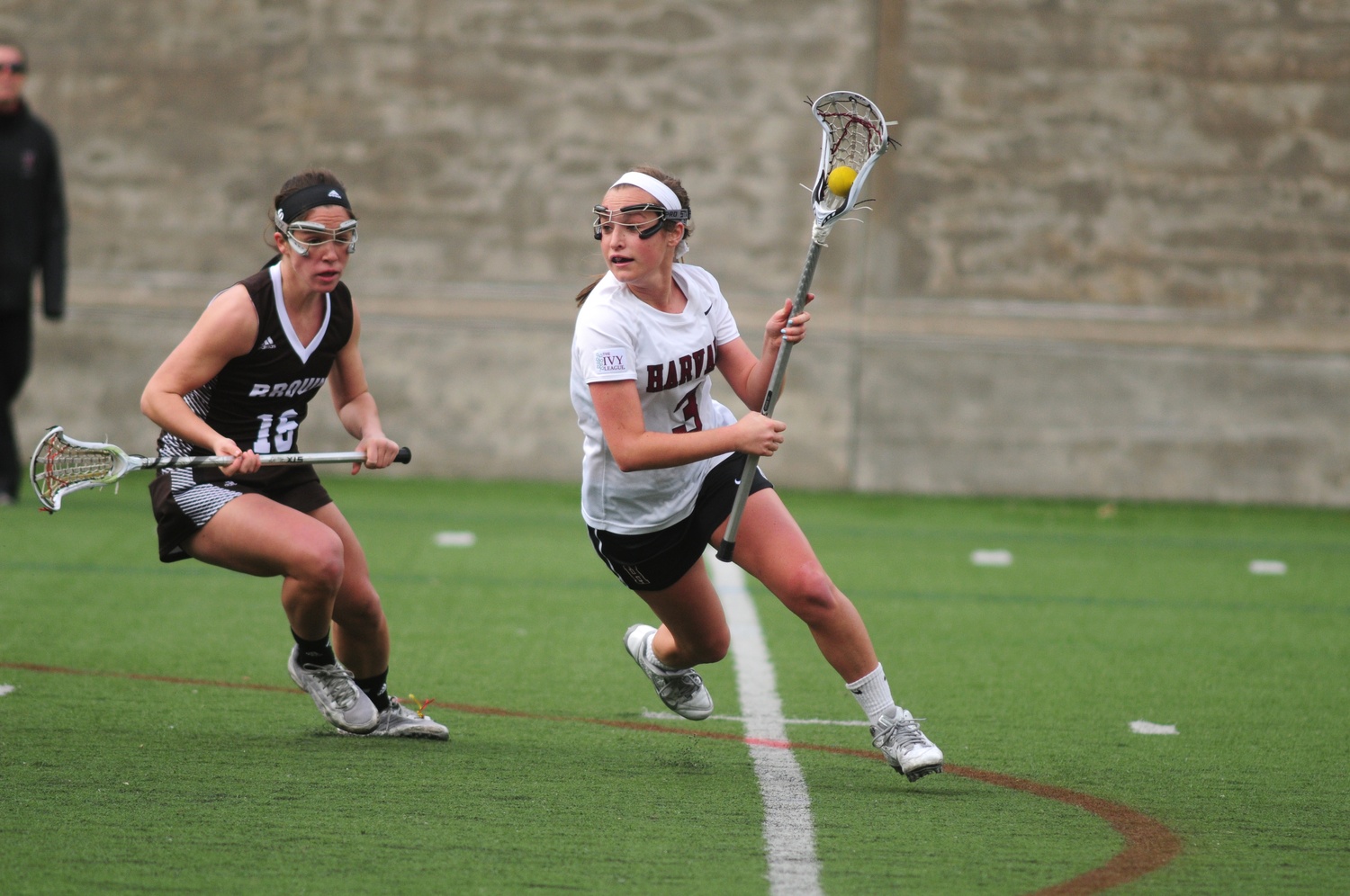 After losing to No. 5 Syracuse on Sunday by one goal, the Harvard women’s lacrosse team (3-2, 1-0 Ivy) easily handled Stetson (2-5) in a 12-goal victory on Tuesday evening in DeLand, Fla. After heading into halftime, 9-1, the Crimson maintained its lead for the remainder of the match, ultimately topping the Hatters, 17-5.

Two sophomore players notched hat-tricks for Harvard. Megan Hennessey opened the contest with an unassisted score within the first two minutes of the first half and also clinched four draw controls for the Crimson, contributing to Harvard’s edge over Stetson in draw controls, 15-8. Hennessey also tallied one assist and two groundballs.

Sophomore Marisa Romeo followed up Hennessey’s first goal with an unassisted goal in the fourth minute of the opening period. In addition to two more goals that closed the first half, Romeo notched an assist after feeding to freshman midfielder Nekele McCall in the final minutes.

“We were very excited to have run our offense so successfully throughout the whole game,” Todd said. “Over the past few weeks, a major focus at practice has been staying in structure on the attacking side of the ball. Our coaches have consistently reiterated that goals will come if we stay in structure, and I think our high-scoring performance yesterday proved just that.”

The Crimson came out with a strong start on offense, with Harvard shooting 21 times in the first half versus seven shots by the Hatters. Six Crimson players contributed to the nine goals tallied in the first frame.

“We no doubt had a great game yesterday,” Todd said. “I think we were all particularly pleased to have such a strong first half because starting fast has been a team goal throughout each of my three seasons at Harvard.”

“Defensively against Stetson we knew we could be really aggressive,” Waldstein said. “So that's how we started the game, and it definitely paid off. We were able to start really strong and take a big lead. Going into the second half we just wanted to continue to play the same way. It was good to take care of that game because we have a stretch of tough and important games coming up.”

In the cage, junior co-captain goalie Kelly Weis recorded three saves for Harvard and only allowed three goals against. The Crimson defense also executed 12-of-14 clears, while the Hatters could only complete 11-of-18. Stetson goalie Whitney Meyers tallied 12 saves in the net and led the Hatters with three ground balls.

“Every victory is obviously important and exciting, but I think this win is particularly significant because it gives us some momentum heading into Princeton on Saturday,” Todd said. “Ivy matchups are always extremely competitive and feisty, so it is definitely good to have some extra confidence heading into next weekend’s big game.”