To keep second-round opponent North Carolina in its place, Harvard looks to control the pace 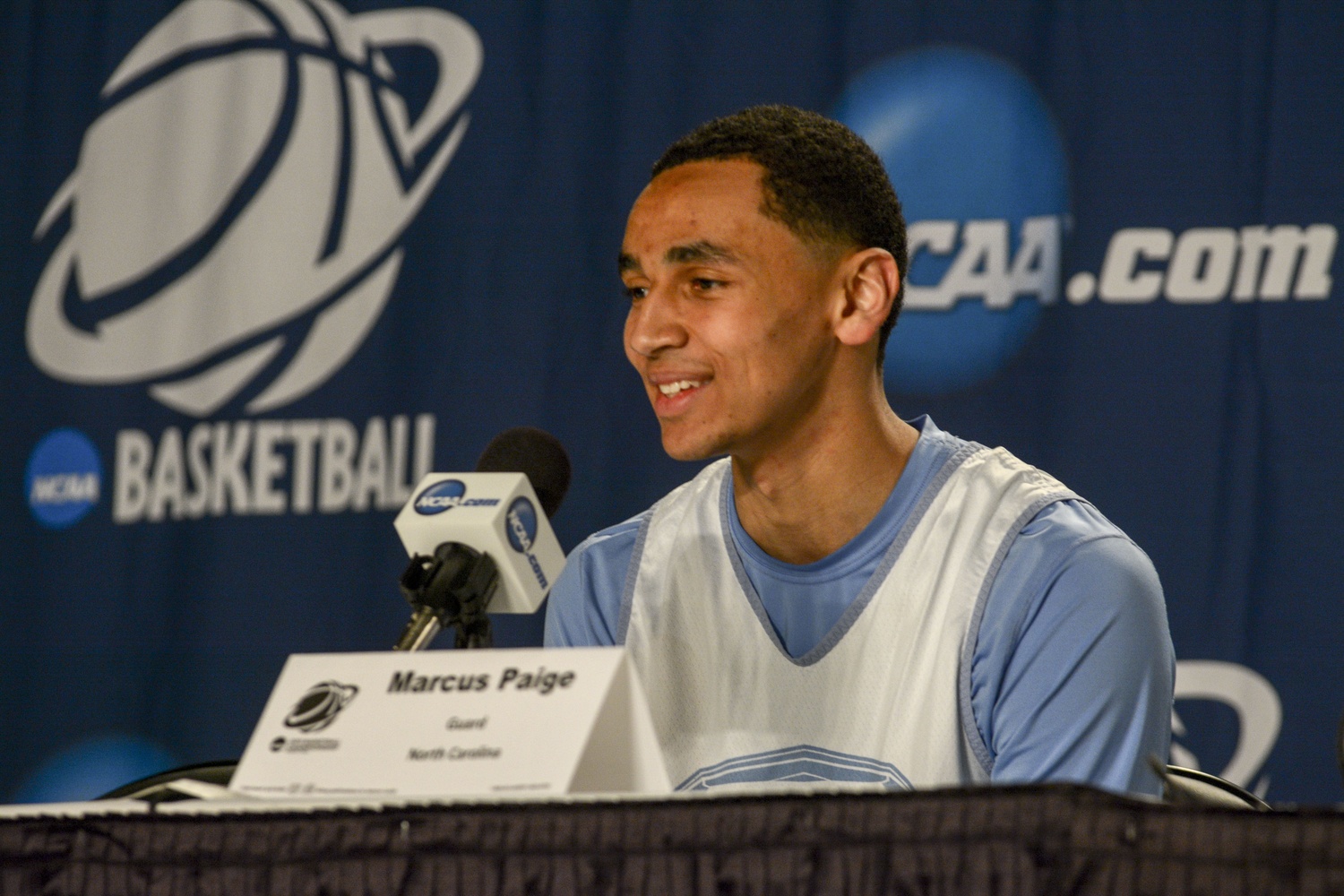 JACKSONVILLE, Fla.—During Wednesday’s press conference, Harvard men’s basketball coach Tommy Amaker said he was glad his players did not notice his reaction when North Carolina was matched with the Crimson (22-7, 11-3 Ivy) during Sunday’s selection show.

“Boy, this is who we have to play?” Amaker recalled thinking. “Thinking about how terrific and great they are and they always have been, it wasn’t necessarily a very pleasant thought internally when I saw the actual draw.”

The numbers back up Amaker’s fears.

The Tar Heels (24-11, 11-7 ACC) earned a No. 4 seed in the tournament and have been rated even higher by various metrics. They played 19 tournament teams during the regular season, including three games against eventual No. 1 seeds.

North Carolina point guard Marcus Paige was ranked the top recruit at his position when he came to the Tar Heels in 2012. A year later North Carolina added the No. 6 ranked center and a top-10 power forward. The current crop of Tar Heel freshmen includes three players listed in the top three at their respective positions.

Of course, none of those numbers will mean anything when the teams face each other at 7:20 p.m. Thursday in the NCAA Tournament’s second round. But they all point towards this game being the second toughest Harvard has played all year, behind only its 76-27 throttling by Virginia back in December.

To pull off the upset, Amaker said, “We are very hopeful that we can work for good shots, take care of the ball, and play solid sound defense.”

“We also need a team like Carolina to have a bad day or a bad night,” he added, “So we are hopeful for that too.”

"We also need a team like Carolina to have a bad day or a bad night. So we are hopeful for that too," Harvard coach Tommy Amaker said.

The Tar Heels have had off nights late in the year, including losses to Pittsburgh and North Carolina State. North Carolina went on to reach the ACC Tournament final by beating the Cavaliers, but entered that tournament with a 4-6 stretch.

The Crimson, meanwhile, rank 260th in points per game and 171st in rebounds.

A lot of that has to do with the slow place Harvard prefers (averaging 63.8 possessions per game this year), which has helped the Crimson frustrate opposing offenses in upsets over New Mexico and Cincinnati in the last two years.

UNC, on the other hand, will look to push the ball and generate extra possessions. The Tar Heels are 16th in the country with 71.9 possessions per game. And even that is not enough for Carolina coach Roy Williams.

“We haven't been as assertive at establishing the tempo ourselves, Williams said Wednesday. “I've said a hundred times that I'd much rather win 90-80 than 60-50.”

To create that type of game Thursday, the Tar Heels will extend their defensive pressure, Paige explained.

“We want to run every time even if we don't get a quick shot, just to run and get pressure and get the tempo to our liking,” he said. “They're more comfortable in the high 50s, low 60s, but we want this game up, more possessions, so we have a chance to get the ball inside and get our break going. We're probably going to extend our defense, try to pressure them into some turnovers so we can start that break.”

That strategy will put more responsibility in the hands of Harvard guards junior Siyani Chambers and senior Wesley Saunders.

Chambers had a slow start to the season but has dropped his turnover numbers every month of the year, averaging 2.4 assists per turnover in three March contests.

Saunders’s turnover numbers have held more steady, but his assists have jumped up to 5.7 per game in March, as he has embraced the playmaking role Amaker has given him.

Thursday, Saunders will have to make those plays while often being guarding by J.P. Tokoto, a 6’6” wing with a 6’9” wingspan named to the ACC’s All-Defensive Team last season. It will be a tough matchup for Saunders, as it will be for the Crimson in general.

But this Harvard team is used to long odds, given it needed a late-game collapse from Yale against Dartmouth on March 7 and a last-possession bucket from Steve Moundou-Missi last weekend just to earn the Ancient Eight’s automatic bid to March Madness.

The Crimson will try to extend that Madness a little longer on Thursday.

—Staff writer Jacob D.H. Feldman can be reached at jacob.feldman@thecrimson.com.