Members of Faculty for Divestment Participate in 'Heat Week' 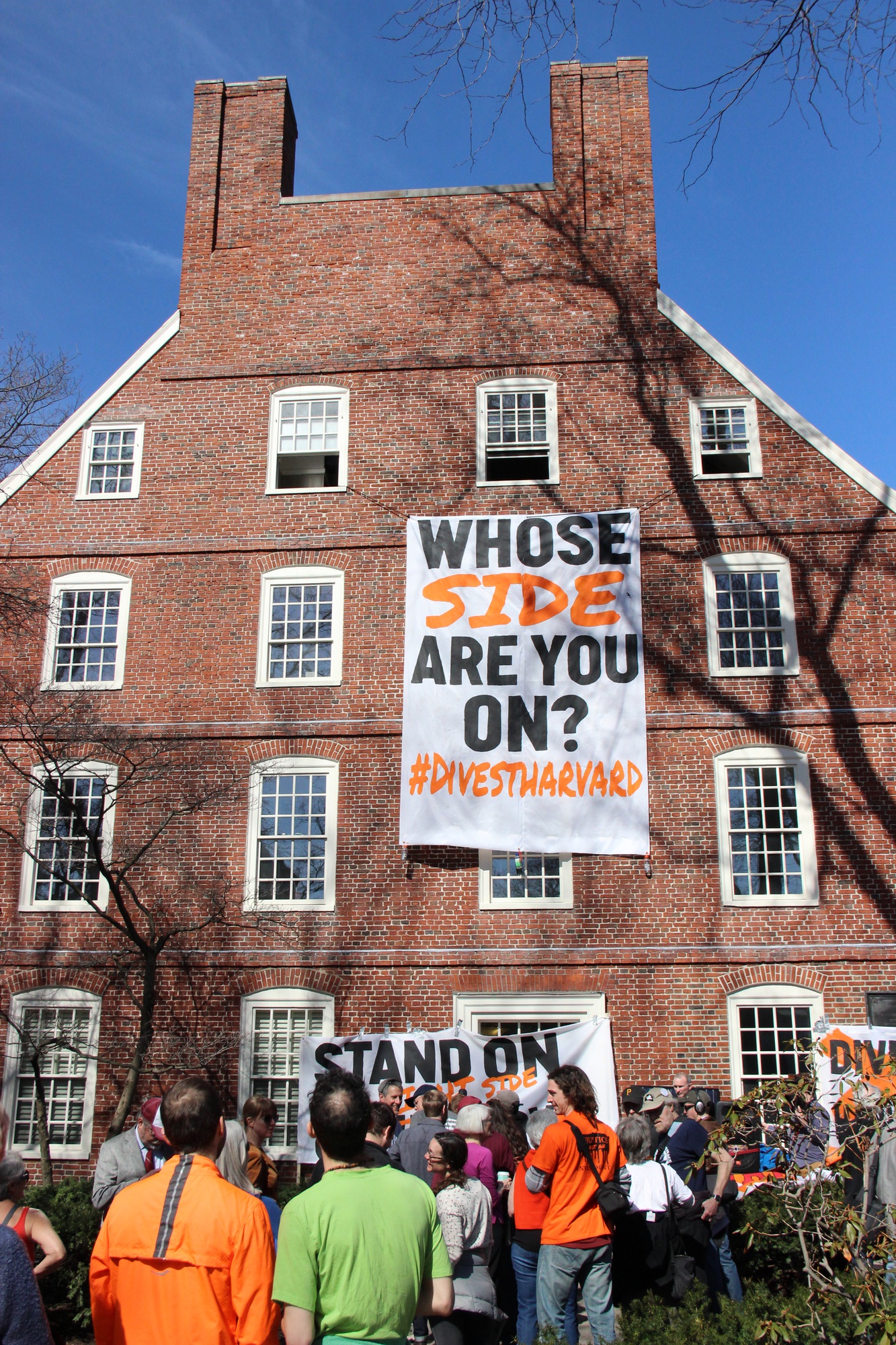 Amid a weeklong protest by environmental activist group Divest Harvard, at least 18 members of Harvard Faculty for Divestment intend to devote portions of their course meetings this week to the topic of climate change and divestment. 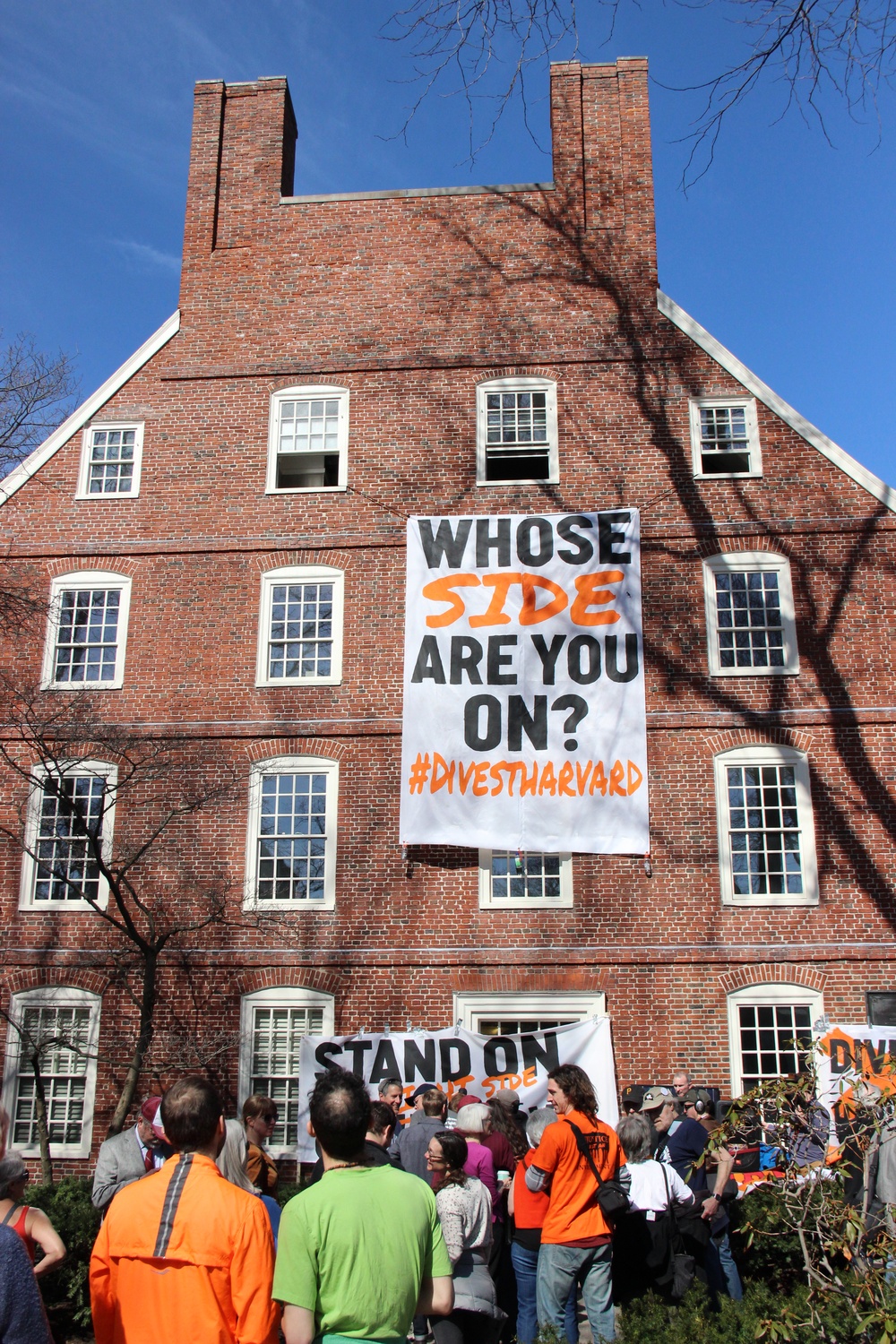 Later in the afternoon, after attending a panel on climate change introduced by Faust, Recht and Hay returned to Mass. Hall to hold a debriefing about the panel with students and alumni, many of whom expressed disappointment at the content of Faust’s remarks.

The faculty group, which is composed of about 250 faculty members from across the University’s schools who have signed an open letter urging Harvard to withdraw its investments in fossil fuel companies, does not have an official stance on Divest Harvard’s blockade, according to Recht. But many faculty in the group have expressed support for what they call Divest Havard’s persistence in continuing the discussion on divestment.

“We are out there supporting the students. We think their mission is critical,” Recht said, though adding that the group “is not prepared” to publicly agree on the efficacy of any specific tactic used by Divest Harvard.

Watson said he supported the weeklong protest, dubbed “Harvard Heat Week” by organizers, and will participate in teach-ins, but that he did not have any specific stance on its blockade strategy.

According to the Faculty for Divestment website, at least 18 faculty will dedicate all or a portion of one of their classes this week to discussing divestment and climate change with their students in what the group is calling their “Heat Week” teach-ins.

History of Science lecturer Soha Bayoumi said she plans to speak to her students “briefly about the ‘Heat Week’ and about why those students and faculty are doing what they are doing, and why they are engaged.”

“That's the purpose behind the teach-in, to assuage concerns or fears some students may have especially about the notion of movement, and also talk to them about the question of climate change,” Bayoumi said.

Hay plans to hold an additional class session for students in his Extension School course LSTU E-160: "Art and the Law” to talk exclusively about issues of divestment and climate change. Watson expects to connect themes from his course, Culture and Belief 51: "Making the Middle Ages,” to contemporary issues of climate change.

Faculty for Divestment will host its own open forum specifically focused on divestment Friday afternoon.