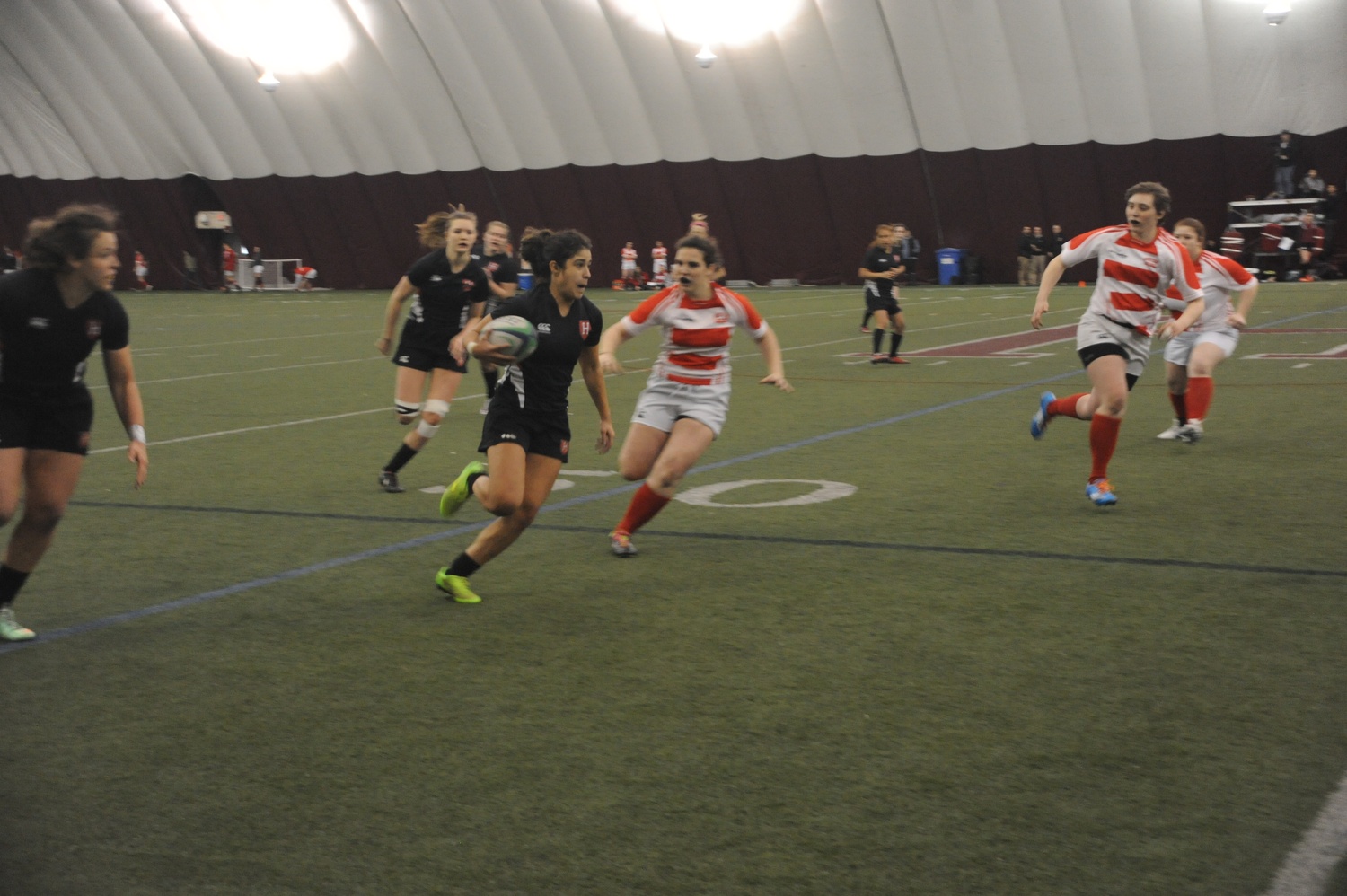 This weekend, teams from across the Ivy League will gather in Princeton, N.J. to see who can prevail as the champion of the Ancient Eight in women's rugby sevens.

Brown, Cornell, Dartmouth, Harvard, Princeton and Yale will compete for the title in a round-robin style tournament. Having won the fall season of rugby 15s and performing well so far in sevens play, the Brown Bears enter the competition as the team to beat.

A championship could extend Harvard’s season, as the Ivy League tournament serves to build a resume for the American Collegiate Rugby Association Sevens National Championship in two weeks.

Coming off an Ivy championship in 2013, Harvard had a less successful fall season, going 3-2 in the Ivy League. The Crimson relish an opportunity to redeem itself with a solid performance in this weekend’s contests.

However, the lack of previous sevens competition between Ivy League squads makes prediction a difficult art. Outside of this weekend’s tournament, there is no official Ancient Eight sevens play.

Despite going into the tournament with various question marks, the Crimson players were optimistic about their play and their chances at securing a conference title.

“Last week in Providence, R.I., I think we showed the best teamwork of the season,” senior co-captain Brooke Kantor said. “I’m really excited to see what kind of play we can bring to the field this weekend.”

Getting senior Cheta Emba scoring will be a big part of the Crimson’s game plan going into the weekend.

The two-sport athlete, who also kept the net for the Harvard women’s soccer team this fall, has been lighting up the scoreboard this season for the Crimson. Last weekend, Emba scored her team’s only tries and will need to continue to produce points if Harvard hopes to secure the conference title.

However, Emba is only one of the seven players on the field, which Kantor was quick to point out.

“Cheta is a strong runner,” Kantor said. “[She] has scored a lot of points, but what has allowed her to do that is the passing and intensity of everyone else on the field.”

After last weekend’s Sorsensen Cup in Providence, R.I., the Crimson will look to bounce back in what is its most meaningful competition of the spring season.

In last week's competition, Harvard started out with a promising tie against Brown. In the next two games, however, the Crimson faced some of the best teams in collegiate rugby in Army, Norwich, and Quinnipiac, with all three opponents scoring victories over Harvard.

The weekend seems to be a motivating factor for the Crimson, which partly views this upcoming competition as an opportunity for revenge against the Bears.

“We played Brown last weekend,” Kantor stated.  “We tied them first, but they were able to squeak out a win in the second. I don’t think that game is going to be representative of this weekend.”

Harvard will need to overcome a slough of injuries this weekend, as a handful of key contributors—including two of the three co-captains—will be sidelined with injuries. While the injuries will no doubt be a factor, there are various quality players lined up to replace their teammates.

“We have people suffering from injuries,” Kantor said. “I happen to be one of them, but it doesn’t diminish the quality of players on the field. They’ve been working so hard.”

Playing at Rickerson Field in the ninth annual Rickerson Cup, the teams will be playing not only for a title but also for a good cause, with all proceeds and donations going to the Pancreatic Cancer Action Network.

“We are so excited to host the 9th annual Rickerson Cup this Saturday,” said Stephanie Diu, junior vice president of the Princeton sevens. “Since we started this event, our combined efforts have cumulatively raised over $235,000 and we look forward to contributing more this weekend.”