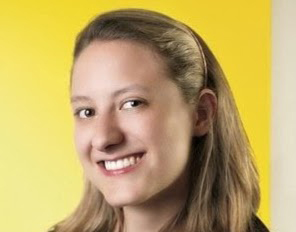 By Courtesy of Alexandra Petri
By Alexandra A. Petri

People keep coming up to me and behaving as though I am an adult.

I don’t know how to get them to stop. It is a very disturbing trend. “No,” I want to tell them. “You don’t understand. I was just looking around for an adult myself.”

There are other signs.

I have actually started to have those conversations that people in Hallmark cards have. Not the ones about golf or forgetfulness or the one where the guy calls to his wife in the next room to remind him about the names of flowers and it turns out that what he’s actually trying to remember is her name. The ones about the things your boss is doing and how much you look forward to vacation and how everyone you grew up with is married and having kids.

All the weird inconveniences of adult life that you thought they made up to lend excitement and color to episodes of Sex and the City are, in fact, real. (Does that reference date me horribly?)

One of the creeping signs of adulthood (other than that your year of birth slides gradually farther and farther out of reach on online forms) is the increasingly persistent worry that you missed orientation.

When you’re on the subway you see people who really seem to have it together. They are wearing dry-clean-only clothes. Their hair is glossy. They are reading the Economist and they are actually caught up on it. They respond promptly to emails and their apartments are well-appointed and clean. They know how to cook Brussels sprouts and remember to buy them.

You, on the other hand, have a refrigerator full of things you are too frightened to throw away because one of them hissed menacingly at you when you last opened the icebox. Once you took something to be dry-cleaned, but it turned out that the dry cleaner’s hours of business only coincided with your schedule during one brief window many months ago, and you are not sure you will ever see that item again.

How, you wonder, do these people do it? When is orientation?

There should, by all rights, be some place where they sit you down and explain how to cook or one or two basic chicken dishes, how to go to bed at a reasonable hour, how not to be the person frantically attempting to change clothes in the back of a taxicab, and how to prevent yourself from reaching the stage where you get most of your nutrition from 7/11. When I was younger and naïve-er, I thought that this place would be college.

I was wrong. In high school, you at least have to get up at a reasonable hour and show up at places on time. College, on the other hand, gave me the sense that I could complete major assignments at 2 a.m. without suffering any repercussions, along with the erroneous idea that in real life, things started after one in the afternoon.

These were, if anything, the opposite of the lessons I needed.

But I mainly thought that if I were an adult, I would notice. This is untrue.

There are no there’s there.

There are moments that feel vaguely there-like. But I can count them on one hand that has been flayed by Ramsay Bolton.

Life is what happens instead.

There’s no there, but what there is is pretty good. You just have to notice. Days when I measure What Is Actually Happening against some imaginary There, a Magical Dream-World Where All Doors Open To Me and Children Strew Palm Fronds In My Path—those days tend to go less well than days when I look around at what is actually there and think, hey, not bad, today I saw my friends and family and ate a good sandwich. It’s not the capital-A Adulthood I pictured, but it has a lot going for it.

Alexandra A. Petri ’10, a former Crimson editor, is a writer for the Washington Post and author of the upcoming book "A Field Guide to Awkward Silences."