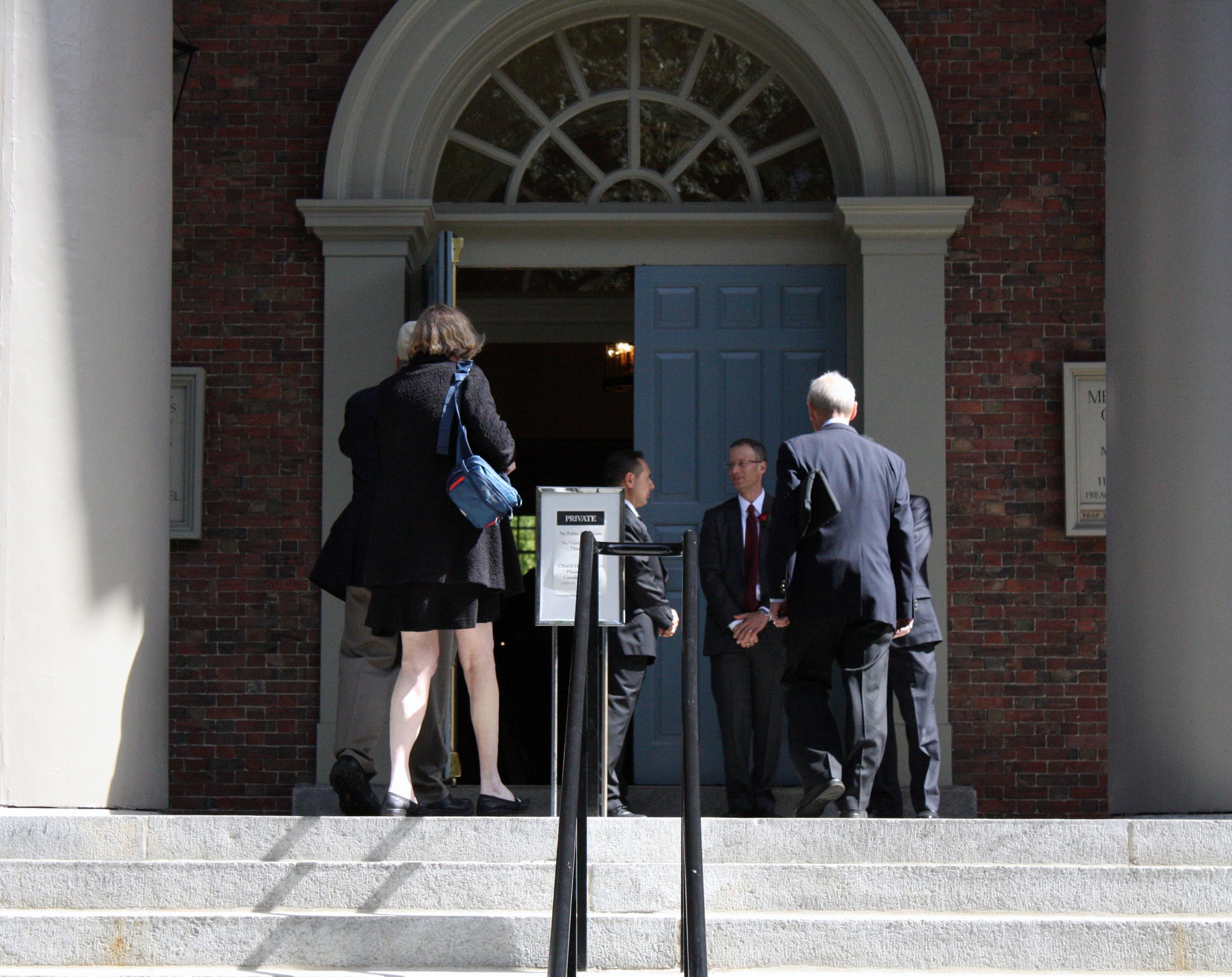 Friends, colleagues, and family of the late James F. Rothenberg ‘68 attend a service celebrating his life in Memorial Hall on Saturday afternoon.
By Mariel A. Klein, Crimson Staff Writer

Harvard’s finest gathered under the sloping ceiling of Memorial Church on Saturday to celebrate the life of James F. Rothenberg ’68, a longtime member of the Harvard Corporation who died unexpectedly in July at the age of 69, reportedly of a heart attack. 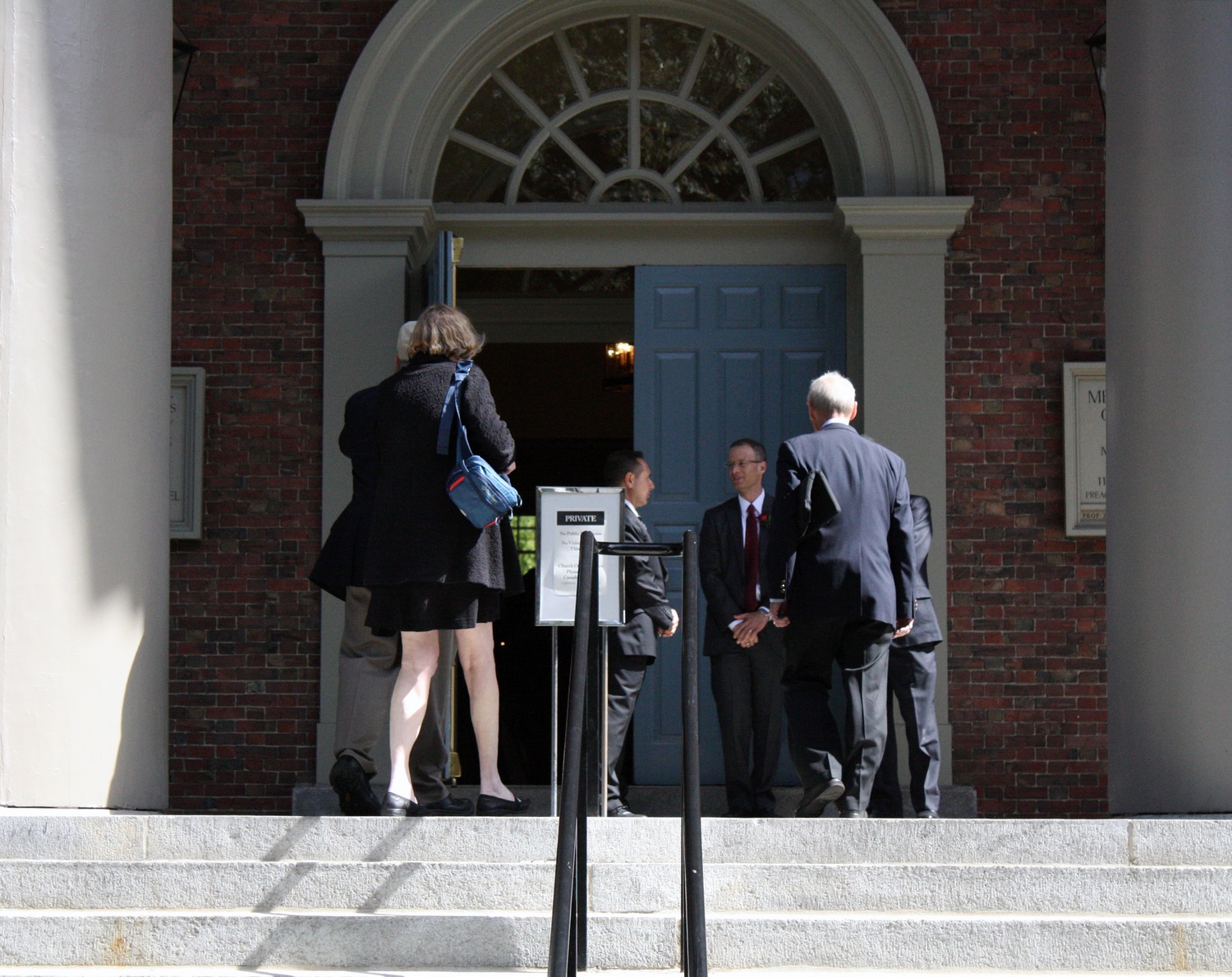 Friends, colleagues, and family of the late James F. Rothenberg ‘68 attend a service celebrating his life in Memorial Hall on Saturday afternoon. By Michelle M. Ng

Rothenberg’s friends and colleagues, one by one, took the pulpit to share stories that pieced together the many roles Rothenberg filled at Harvard, including University treasurer, chair of the Harvard Management Company board of directors, and devoted alumnus whose love for Harvard flared fervently throughout his life.

“What made Jim so extraordinary was far more than the many roles he held,” said William F. Lee ’72, the senior fellow of the Harvard Corporation. “He was a character in the integrity of our work. Stated simply there was no person more humane, more decent, and more forgiving than Jim.”

Rothenberg is remembered as a key leader during the 2008 financial crisis, according to former CEO and President of the Harvard Management Company Jane L. Mendillo, when the University endowment took one of the biggest hits in its history. University President Drew G. Faust said in a speech that his confidence and insight helped them get through the market downturn.

“Knowing he was there acting on Harvard’s behalf was like finding a solid piece of ground in an earthquake,” Faust said.

Harvard Corporation members, top administrators, and family members shared personal stories about Rothenberg—how he loved showing off pictures of his growing clan of grandchildren, how he bled the black and gold of the Pittsburgh Steelers, and how he could not help himself from swinging and swaying when he heard “I Could Have Danced All Night” from the musical “My Fair Lady,” which was performed at the service.

Though he held a career in investment management, Rothenberg concentrated in English at Harvard and attributed some of his success in business to his humanities background. Homi K. Bhabha, an English professor whose chair the Rothenberg family endowed, said in a speech that Rothenberg played a crucial role in encouraging the humanities disciplines and inspired him to “make the best type of trouble.”

Evelynn M. Hammonds, a professor and the former dean of the College, invoked one of Rothenberg’s favorite works of literature—J.K. Rowling’s “Harry Potter” series—during her speech, quoting a moment in the seventh book in the series when Dumbledore tells Harry: “It is a curious thing, Harry, but perhaps those who are best suited to power are those who have never sought it.”

Robert D. Reischauer ’63, a former senior fellow of the Corporation, said Rothenberg helped bring Corporation members into the digital age after joining the governing board in 2004.

Several speakers remembered Jim for his email sign-offs—sometimes “cheers,” and sometimes “keep fighting.” But to Faust, he would write “onward.” Tearing up at the service, she spoke to him, promising to continue the work he had done.

The service was followed by a reception in Quincy House, where Rothenberg lived as a student, and whose Stone Hall he helped renovate.