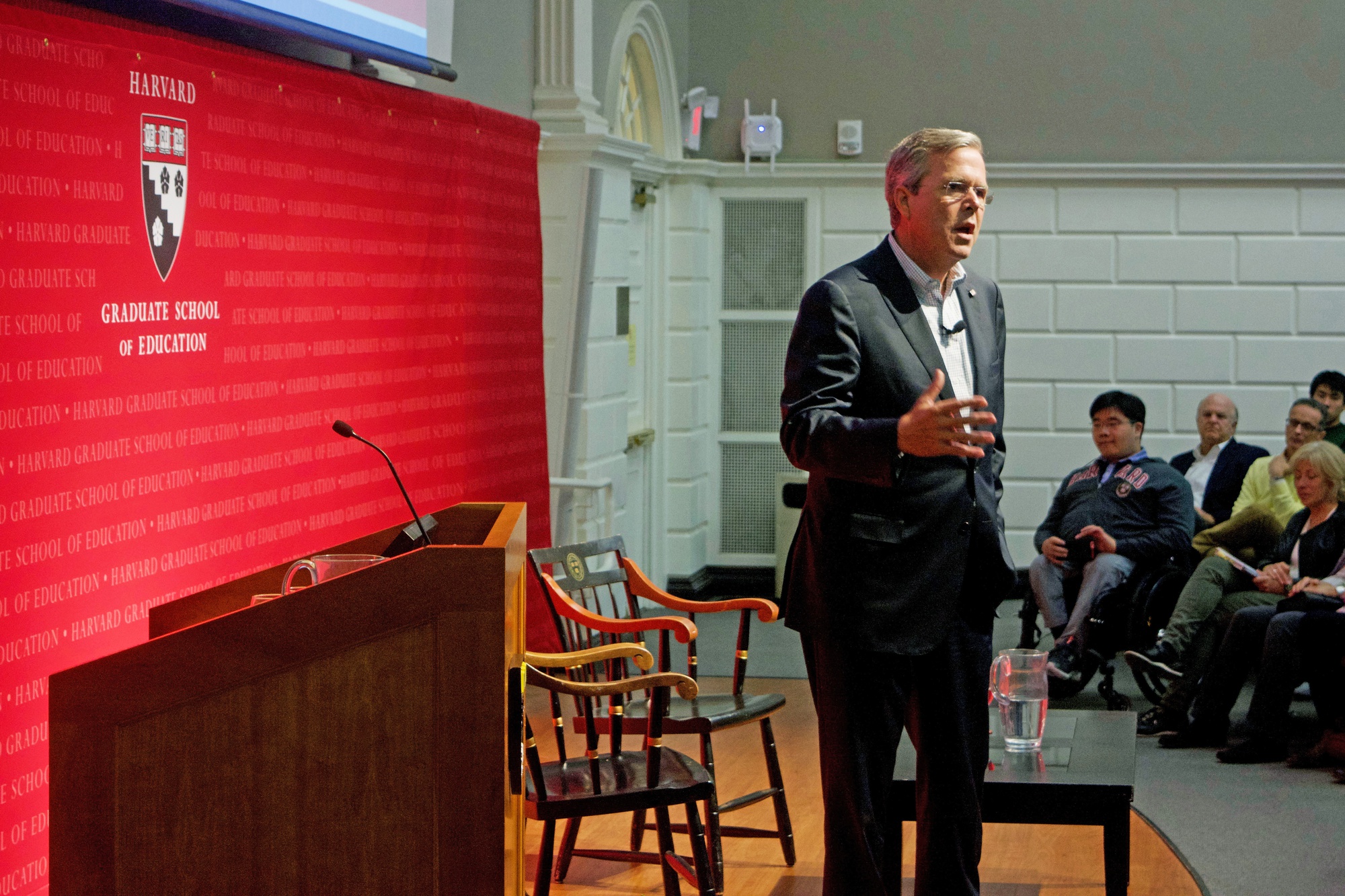 Jeb Bush shares his thoughts on education reform during an Askwith Forum at the Harvard Graduate School of Education.
By Jesper W Ke and Theo C. Lebryk, Crimson Staff Writers

Former Florida Governor Jeb Bush discussed education policy on Thursday night at the Graduate School of Education. He spoke about charter schools, standardized testing, and his somewhat controversial support for the Common Core Standards Initiative, among other topics.

The event began on a light-hearted note. “It is kind of fun being out of political life,” Bush said. 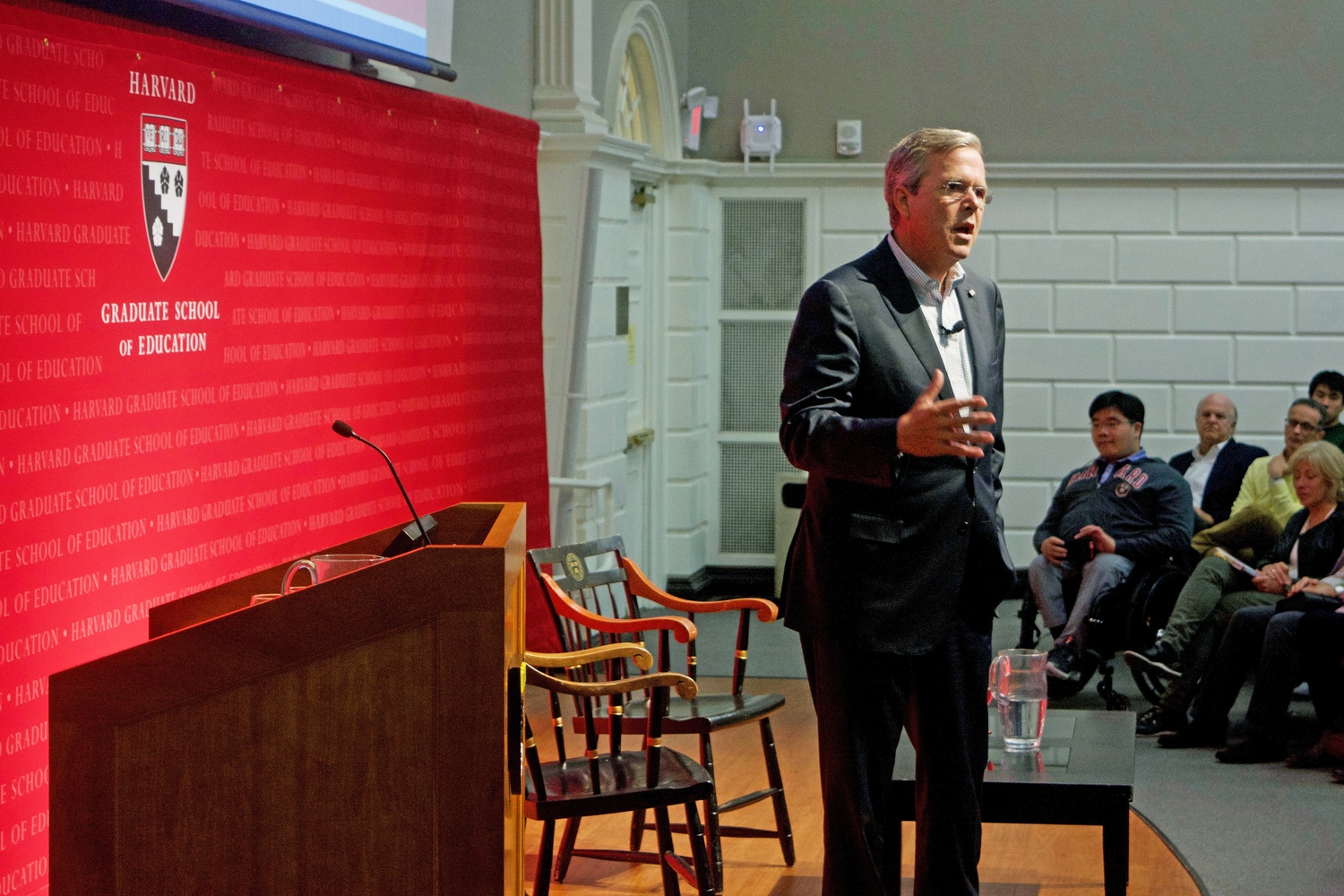 Jeb Bush shares his thoughts on education reform during an Askwith Forum at the Harvard Graduate School of Education. By Saul A. Urbina-Johanson

Bush turned more serious discussing growing economic inequality in America. He lamented the lack of discussion about how to address both inequality and education.

“More and more people are being left behind in this time of awesome abundance,” Bush said. “If you’re born poor, it’s possible you’ll never have a job, unless we alter the path giving people the capacity to achieve success.”

Bush also engaged in a discussion with Martin R. West, an associate professor of education at GSE. West asked Bush about his support for the Common Core, which has drawn opposition from the Republican Party.

“I’m for higher standards... We have to dramatically change the path we’re on if we’re going to allow for this country to continue to be a chance for people to live a life of purpose and meaning,” Bush said.

Bush also stressed the importance of school choice and standardized test-based school accountability. He discussed his efforts to expand choice and improve accountability as governor of Florida.

According to event organizers, over 400 people attended the event hosted by GSE’s Askwith Forum. Two hundred of those attendees watched a live-streamed video of the event outside the venue.

Nick P. Eynon ’20, was among those who attended the talk. Eynon said that although his own views on education issues differ from Bush’s, he appreciated the former governor’s perspective.

“As a student from Florida, I appreciate him giving relevant examples from a time I can relate to personally... I appreciate what Governor Bush brought to the discussion, and I felt like it was very informative for students coming from all party backgrounds [and] all beliefs,” Eynon said.

Bush is currently serving as a visiting fellow at the Harvard Kennedy School. During his stay at Harvard, Bush will give talks on a variety of policy issues and co-teach an HKS course called “The Political Economy of the School.”

Bush ended the night by giving advice to students who hope to go into education.

“Be big; be bold. Our education system has not had meaningful change in the last 100 years,” Bush said. “We have these huge social challenges now and you all will have the chance to decide if this is the system you want.”