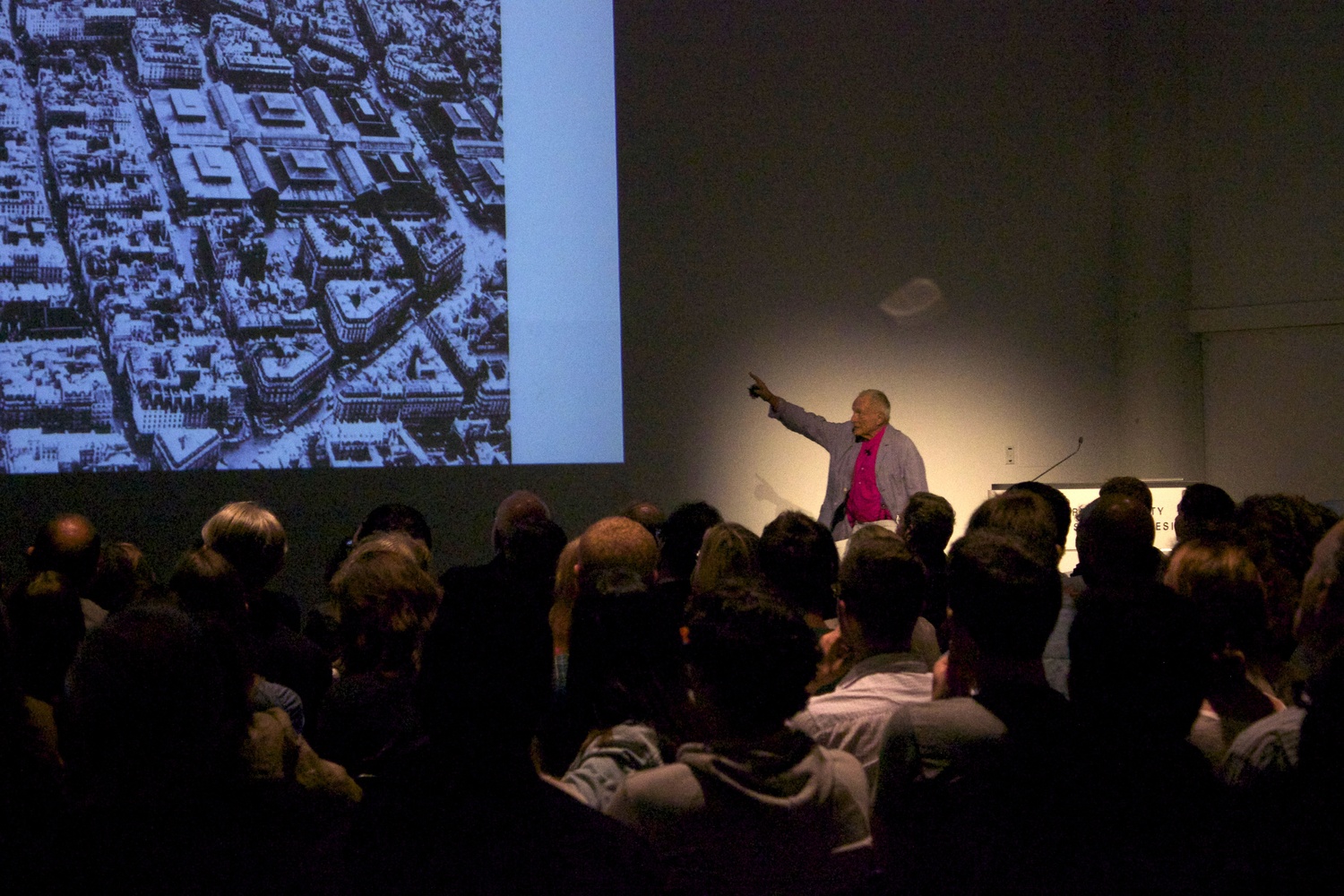 Noted architect Richard Rogers, who along with his wife is the 2016–17 Senior Loeb Scholar at the Harvard Graduate School of Design, describes how a building he designed shocked and then delighted Parisians. By Savannah I. Whaley
By Theo C. Lebryk, Crimson Staff Writer

A year and a half after award-winning British architect Richard Rogers donated a house in London, England, to the Graduate School of Design, the GSD announced last week it will use the house to host a new residency program.

“We were very delighted, in a way blessed, to receive a gift in this house from Lord Rogers and his wife,” GSD Dean Mohsen Mostafavi said. “It will become the focus and centerpiece to a number of new programs.”

The house was originally designed for Rogers' parents in the 1960s. After being put up for sale for 3.2 million British pounds—roughly $4 million— in 2013, the Rogers' house was taken off the market and instead donated to Harvard in April 2015.

The new Richard Rogers Fellowship Program will award six fellows a $10,000 prize and a three month residency at the Rogers House to conduct research in London. According to a press release, the goal of the program is to “support research that addresses alternative and sustainable urban futures.”

Rogers and his wife Ruth are the 2016-2017 Senior Loeb Scholars, and are visiting Harvard this week to present several seminars and lectures. Rogers delivered the second annual Harvard Center for Green Buildings and Cities Annual Lecture Tuesday night to a full audience in the GSD’s Piper Auditorium.

Rogers’ lecture touched on the gamut of his architecture career ranging from the Pompidou Center in Paris to the Lloyd’s building in London, in addition to the house he recently donated to GSD.

“Architects have got to stop thinking their job is to build a beautiful building but rather how do we deal with society,” Rogers said.

Throughout the lecture, he focused on the humanistic elements of sustainability as well as the intersection between politics and design.

“Architecture is political. Architecture is not purely about design,” he said. “It is about shelter and how you create shelter which not only not only gives a result to the user but also to the passerby.”

Toward the end of the event, Rogers addressed charges that architecture is becoming an undervalued field.

“We need to understand the economics of land, the sustainability of land, and also the technology of land,” Rogers said. “Otherwise, we end up as hut decorators, and that’s where we’re slowly being forced.”

“The lecture was amazing and fun. He not only touched on the engineering side of sustainability but also explained the politics, architecture, the intersection of the two when it comes to sustainability,” said Han.